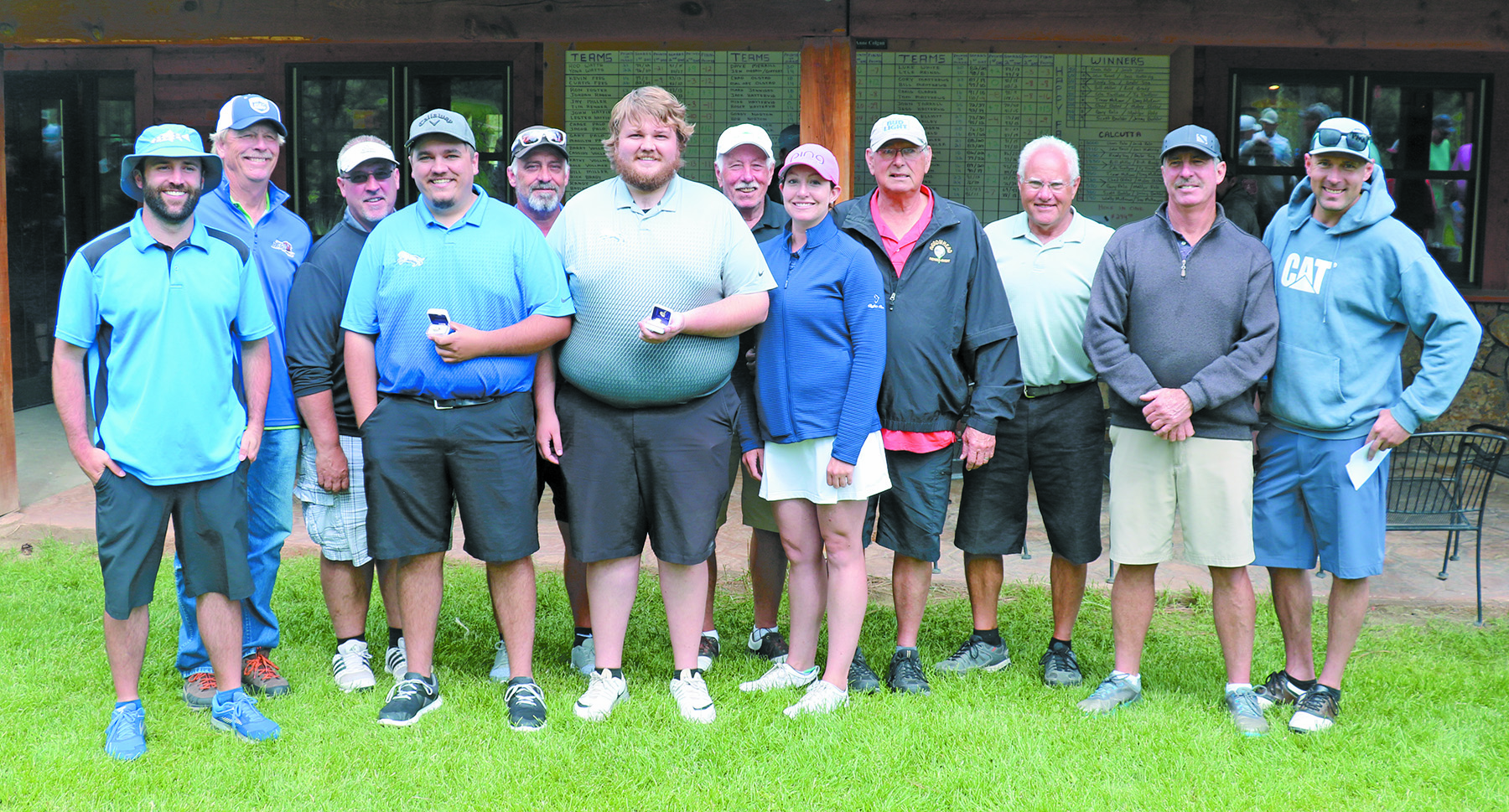 Surrounded by several past winners over the 55-year history of the tournament, this year’s Father’s Day Invitational winners were Chase Palo and Jacob Palo (fourth and sixth from left) of Hot Springs.

HOT SPRINGS – A total of 34 two-person teams competed this past weekend in the 55th annual Father's Day Invitational at Southern Hills Golf Course in Hot Springs. 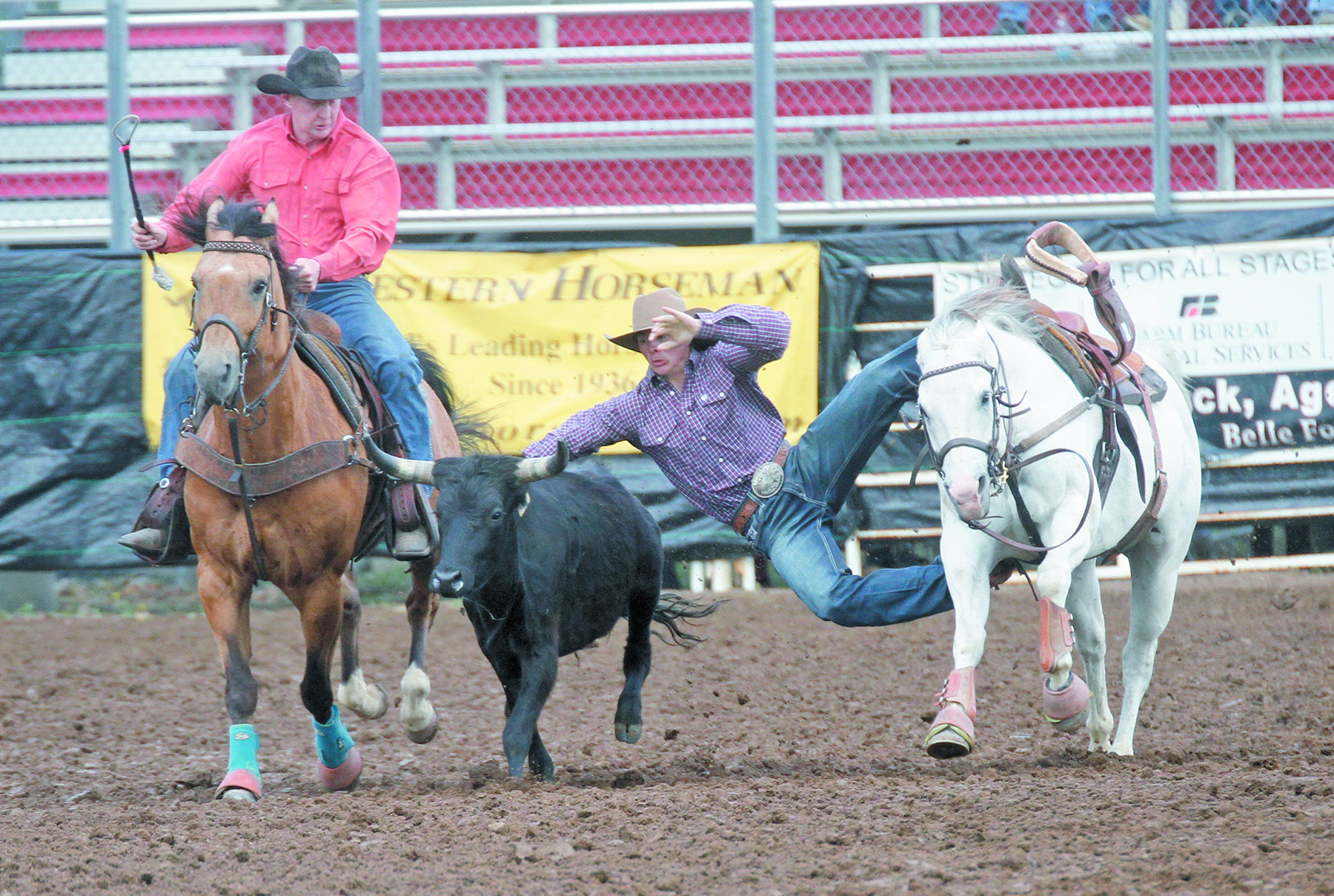 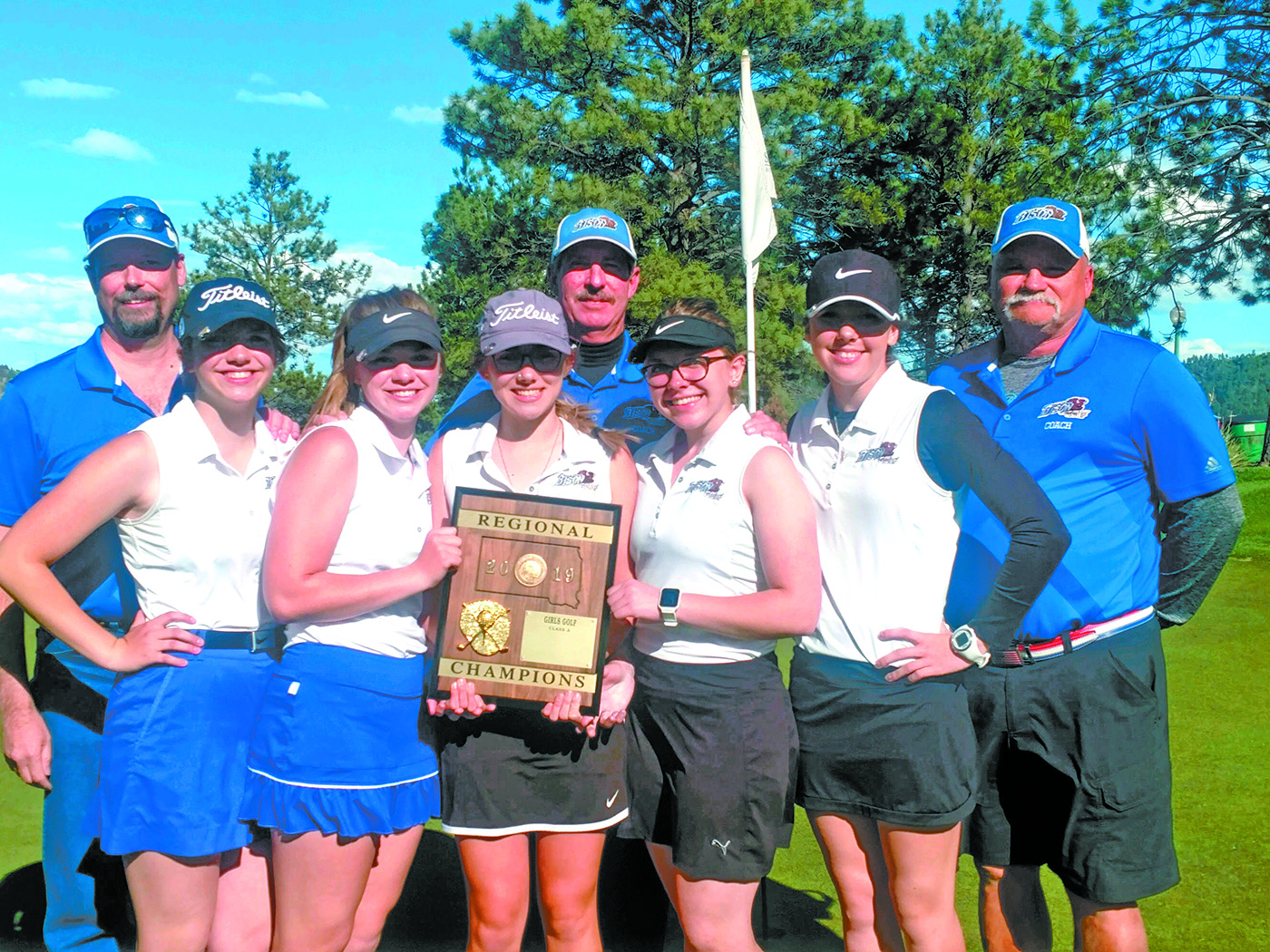 Hot Springs won the pre-region meet in Custer on May 14 by 32 strokes, and last week on their home course... 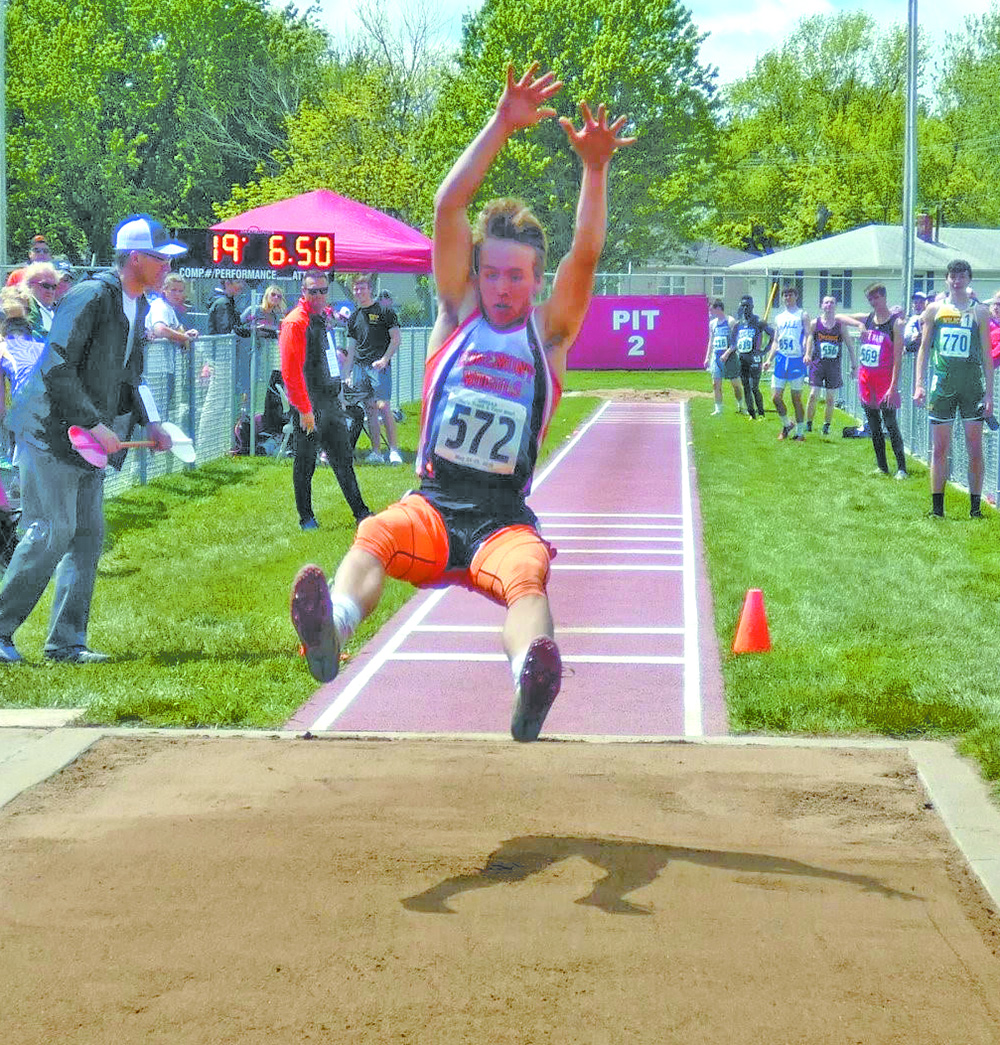 SIOUX FALLS – The Edgemont Moguls track & field teams qualified and took part in five different events this past weekend at the State Class “B” Championships on May 25 and 25 at Howard Wood Field in Sioux Falls, which featured strong performances by all athletes but topped by a fourth place finish from sophomore Caleb Simons in the long jump during Friday's competition.

“This entire season has been a fun ride, and for it to culminate in Sioux Falls last... 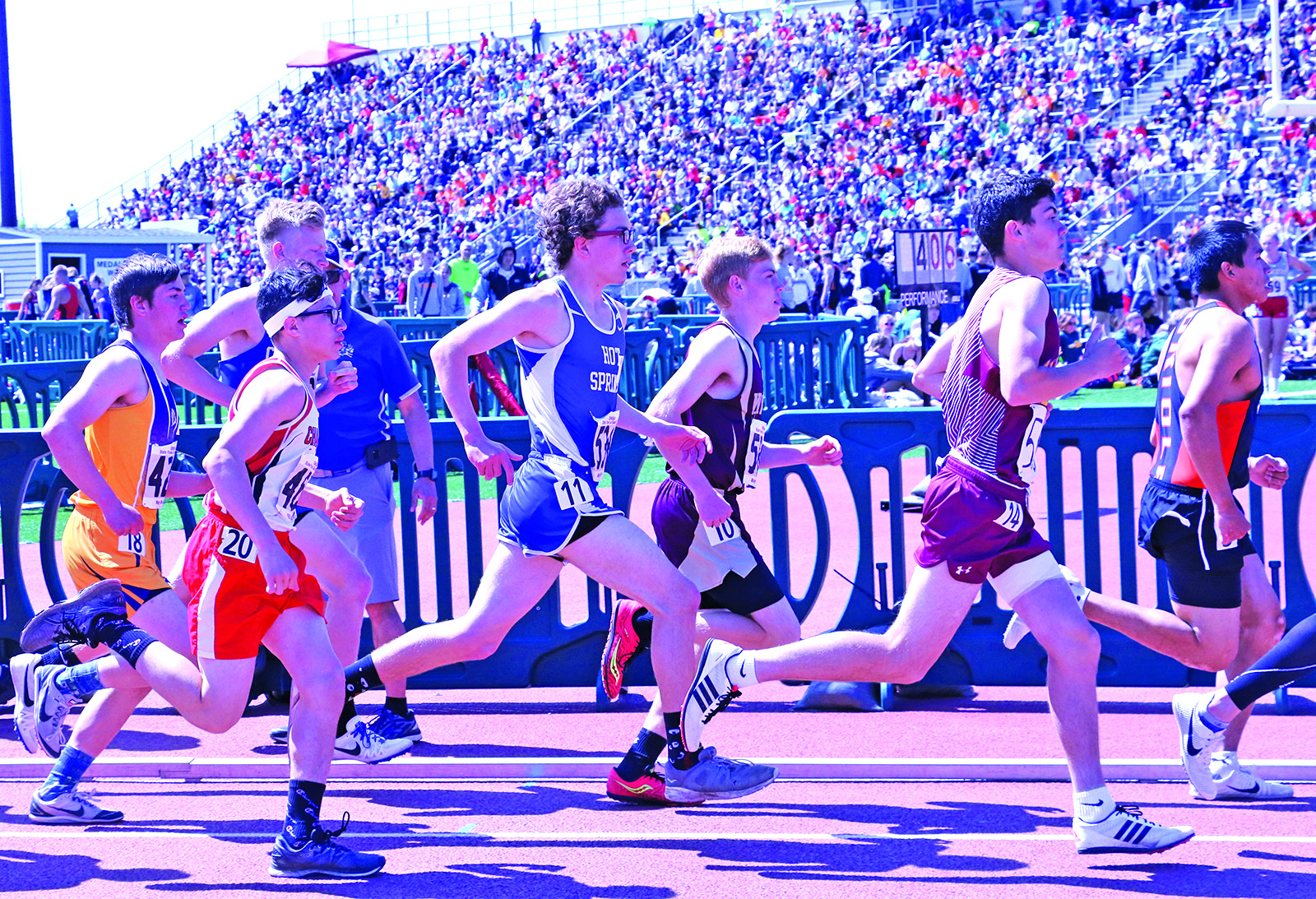 Thomas Massa, Jaylen Nachtigall, Marcus Harkless and Adam Consoer competed at the South Dakota Class A State Track meet this past weekend. The opening day was marred by a one-hour delay due to weather, which should not have surprised us at all considering the weather at the beginning of the week. The problem with the weather produced a very wet area in which to throw and jump in and so Marcus Harkless had to deal with more than just the...

PRESHO – The Edgemont Moguls girls track team placed fourth overall in the Region 7B meet last week in Presho, while the Mogul boys finished eighth. In addition to having a... 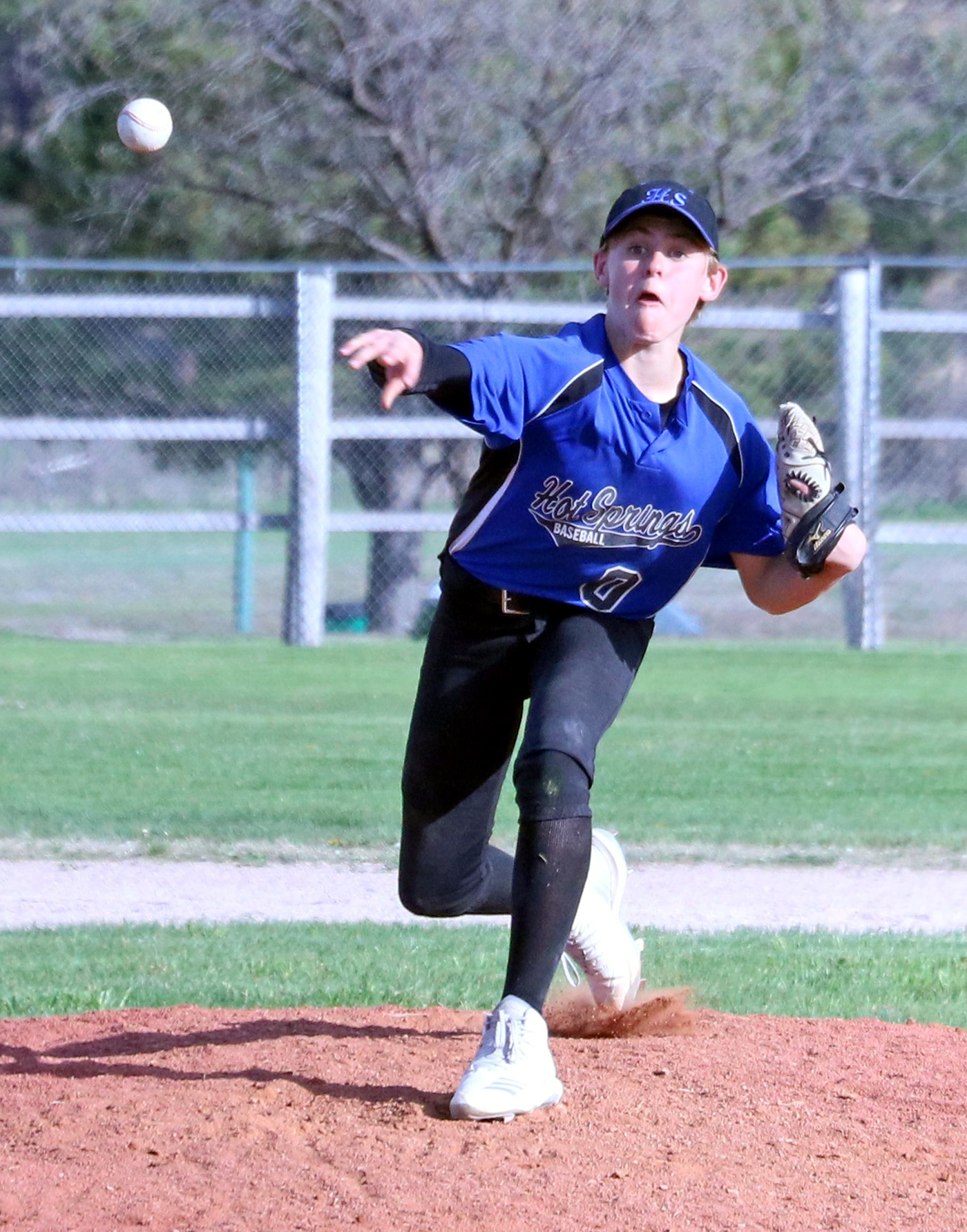 Blake Hanes of Edgemont pitched 2 1/3 innings in relief to earn the win for Hot Springs last week versus Todd County, while striking out two batters and walking only one. At the plate, he also batted... 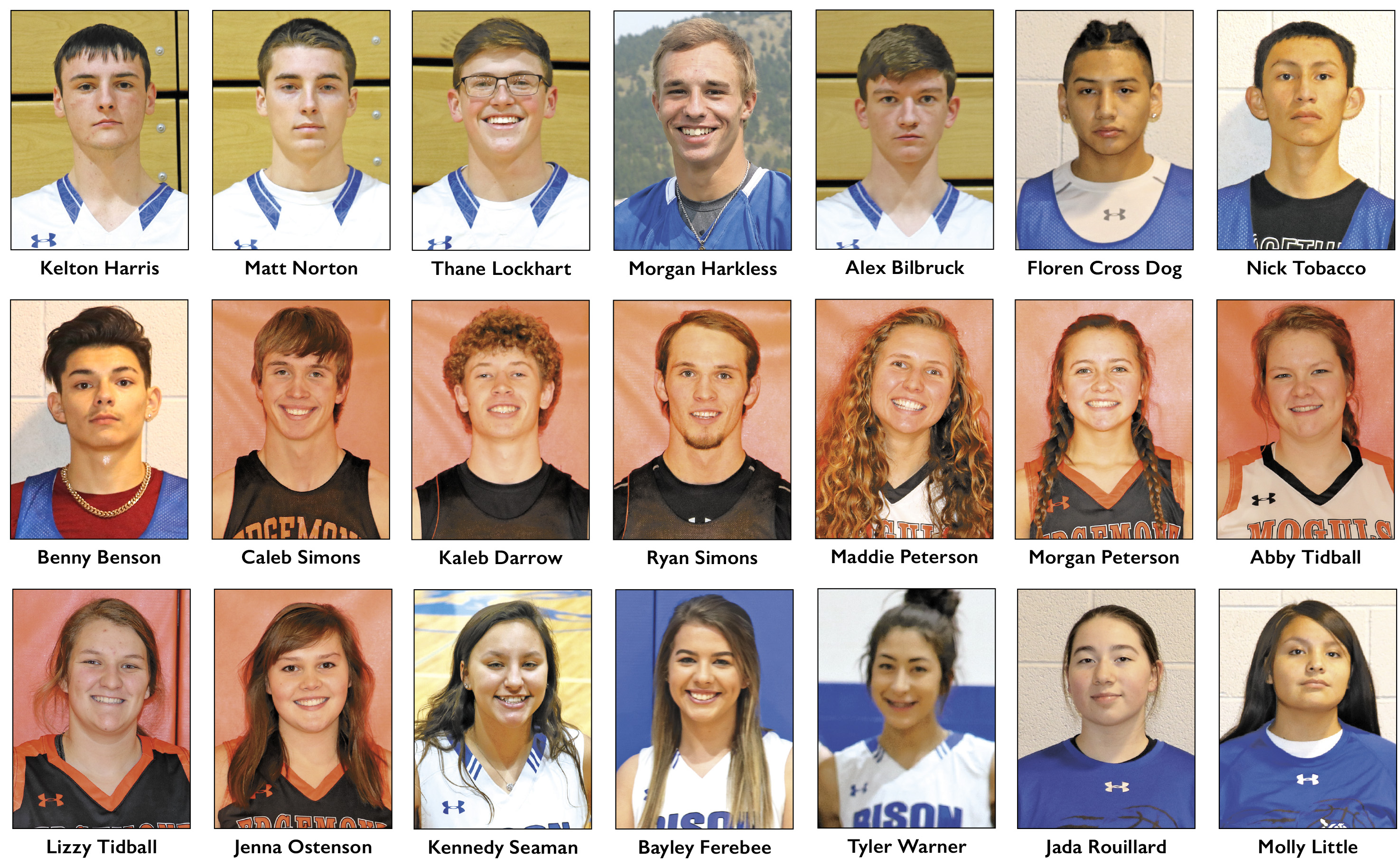 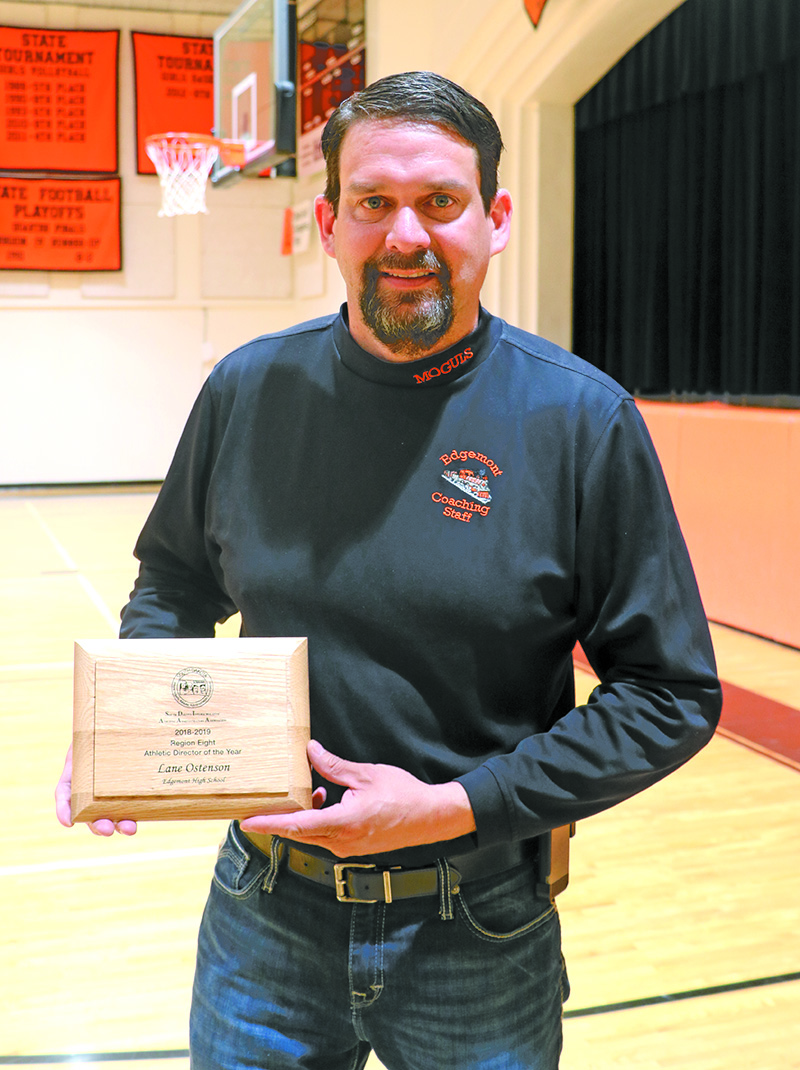 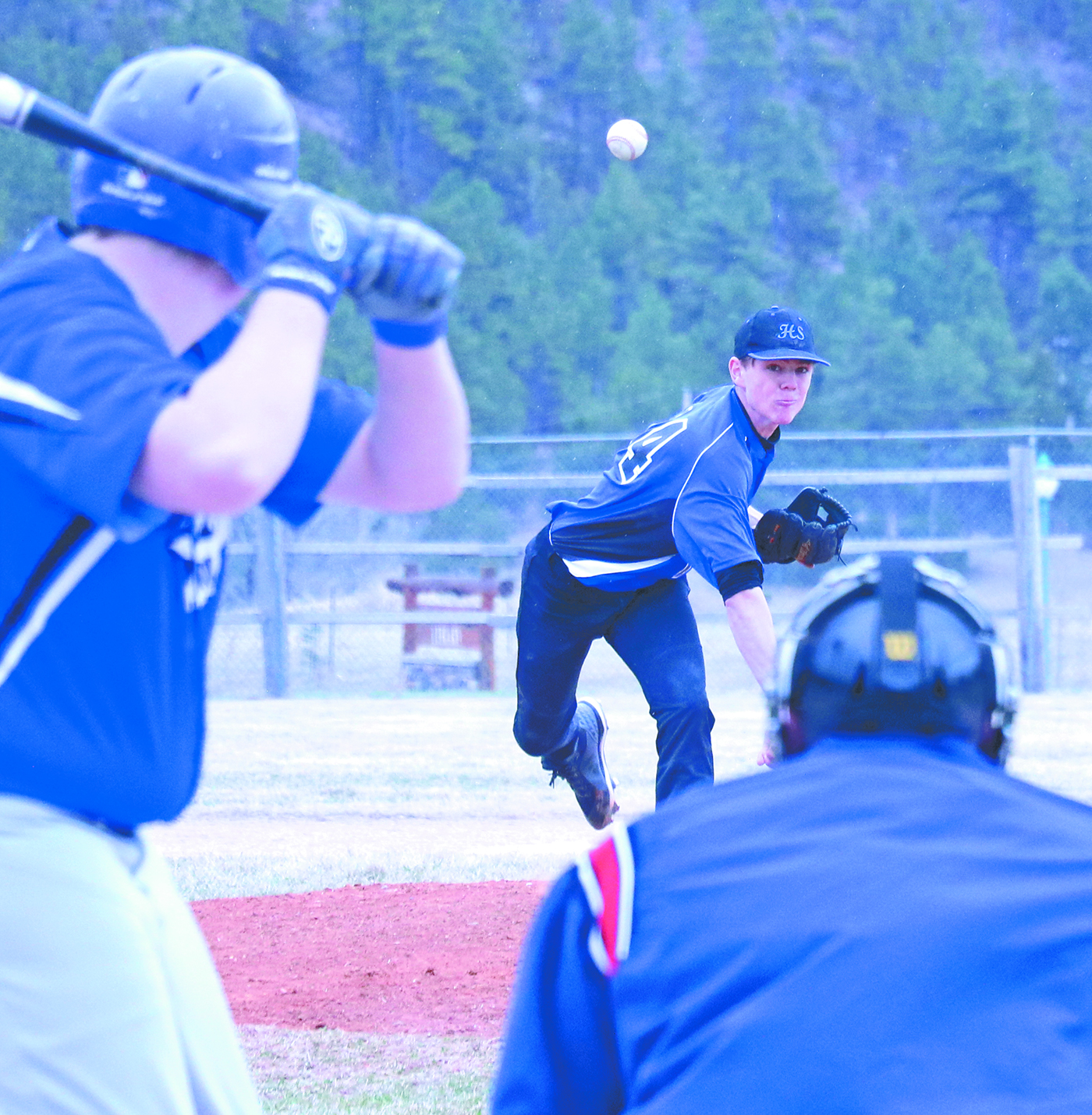 In what turned out to be a quick four-pitch seventh inning for the Bison defense, Hot Springs junior pitcher Mason Van Bibber gets set to fire a pitch towards home plate as teammate Matt Wendland looks on from first base this... 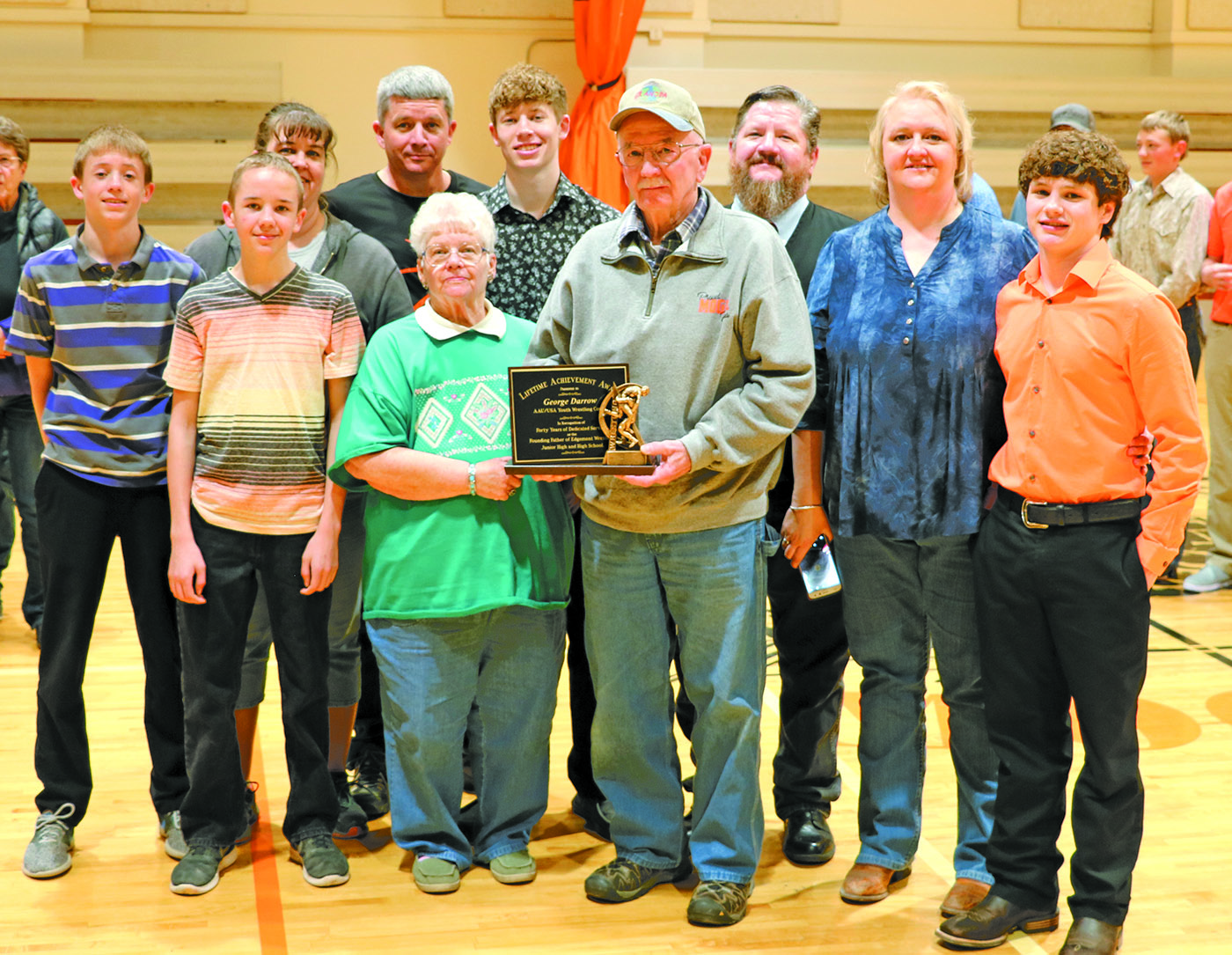