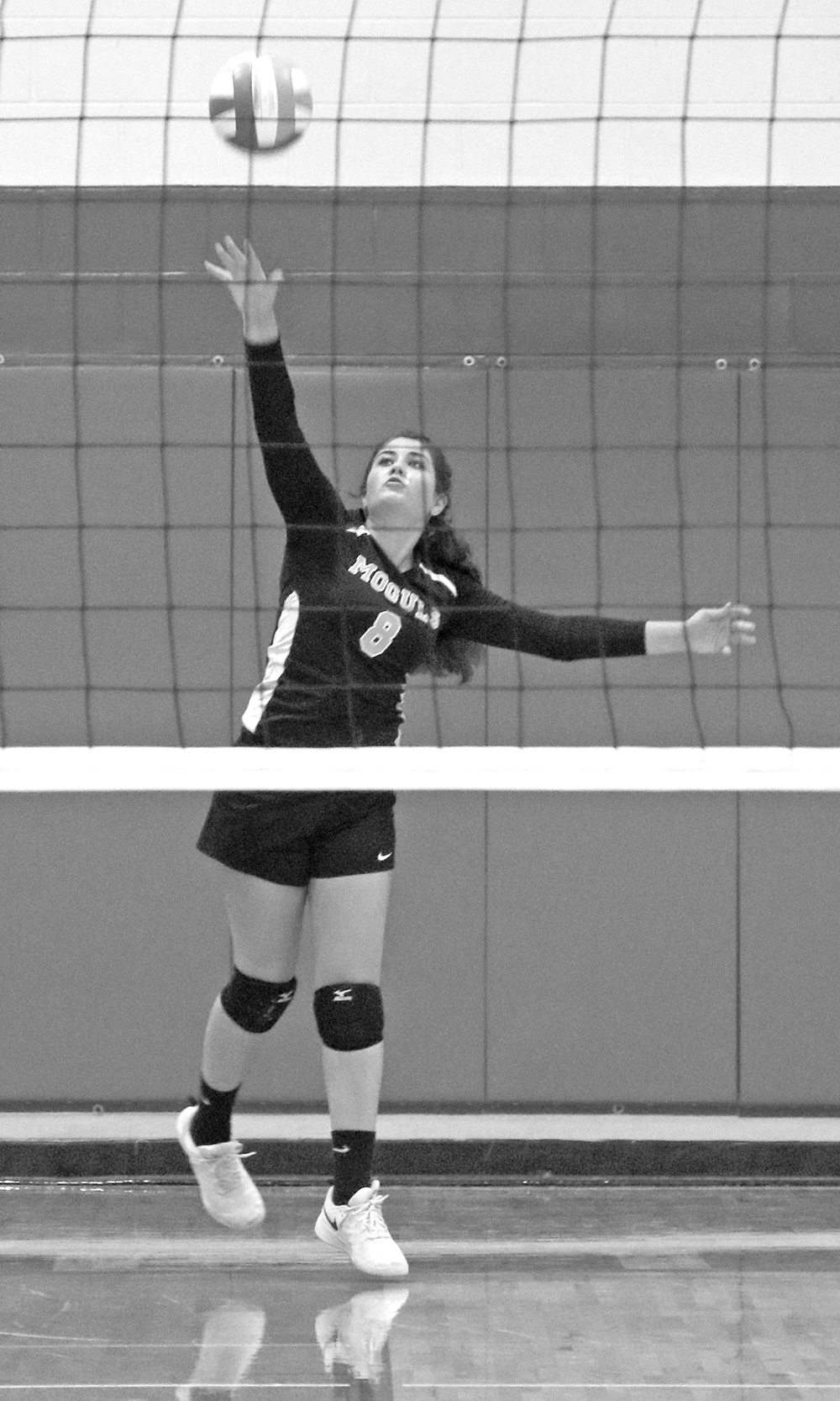 EDGEMONT – The Edgemont Lady Moguls volleyball team had another successful week that included a home win versus Hulett, Wyo., last Thursday for Parent's Night, and was capped off with a third place finish in the Panhandle Athletics Conference Tournament this past Saturday in Morrill, Neb.

“We came in seeded third and played well against sixth seed, Hemingford, Neb., for our first game which we won in two sets,” said Edgemont head coach Susan Ostenson. “We faced Sioux County for a rematch of our trip there last week, but came up short against the second seeded team in two close sets--both 21-25. Sioux County played very well together Saturday and went undefeated on the day to beat No. 1 seeded Crawford for the championship this year.”

“For the third place game, we were matched up against host team, Morrill,” Coach Ostenson said. “This is the only school in our conference that we don't play in a regular season match. We watched them play earlier in the day and knew it would be tough to beat this enthusiastic, hard working team at home. We had a good game with lots of long rallies. I was proud of our girls for sticking with it and winning in two sets, 25-17, 25-19.”

Leading the team in kills versus Morrill was Abby Tidball with five, followed by Sarah Barker and Kiara Allen both with three. Allen also had solo blocks.

Maddie Peterson, Morgan Peterson and Lizzy Tidball each had 10 digs, with Morgan Peterson also tying for the team-lead with kill assists, as both she and Jenna Ostenson had eight each. Morgan also had two ace serves. Maddie had a team-high 16 serve receptions.

With their three wins on the week, Edgemont improved to 9-13 on the season and this week travel to Custer on Monday, to Rapid City Christian on Thursday and then New Underwood on Friday.