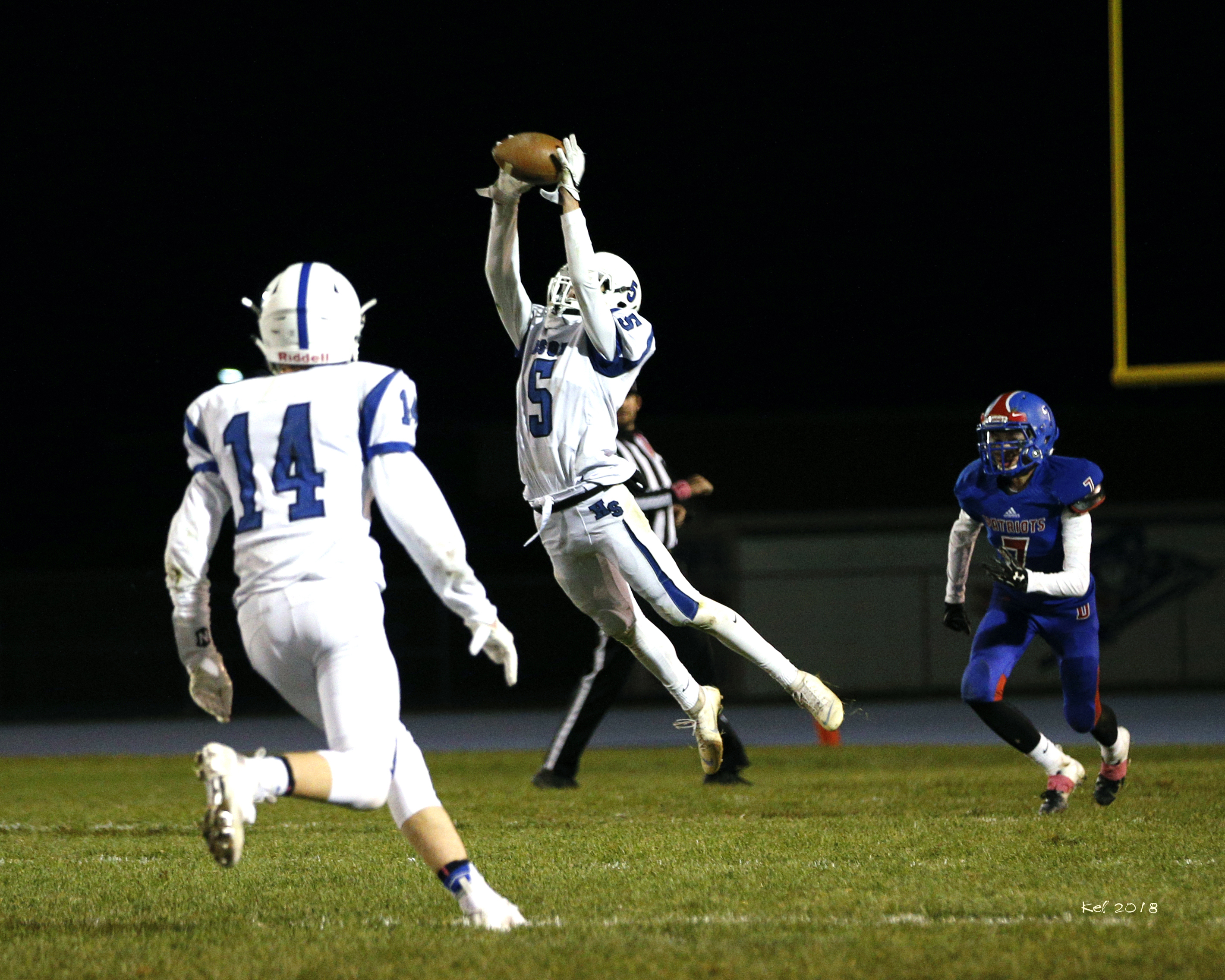 “We came out of the gate a little slow but were able to get things rolling,” said Hot Springs head coach Ben Kramer.

Hot Springs' first points of the game came via field goal as senior Matt Norton booted a 27-yarder in the first quarter. The Bison added to their lead in the second quarter and went up 17-0 following a three-yard TD run by quarterback Morgan Harkless followed by 20-yard Harkless to Norton passing touchdown just prior to the halftime break.

In the third quarter, the Bison added four more scores – three of which made by the defense as Morgan Harkless and Thane Lockhart each had interception returns for touchdowns from 25 yards and 79 yards respectively. Junior Thomas Massa also had a fumble recovery which her returned 84 yards for a touchdown.

“We were getting contributions in all three phases of the game,” added Coach Kramer. “It was great to see the defense put three on the board; great downfield blocking on the returns and guys being in position to make a play.”

The second half's only offensive score was a 24 yard TD run by Harkless, who passed 6-for-14 in the game including one touchdown and one interception. He was also the team's leading rusher with  seven carries for 65 yards, including two touchdowns.

Fellow senior Andrew Wendland also carried the ball eight times for a total of 44 yards, and also caught one pass for 34 yards. Norton made a total of four receptions for 46 yards, including one touchdown.

In all, Hot Springs gained 243 yards from scrimmage, compared to 169 for Douglas, who was led by their sophomore quarterback David Severson who was 5-for-13 passing for 47 yards and three interceptions, while also running for a team-high 72 yards on 10 carries.

Caleb Maciejewski and Baker each had a sack in the game, while Lockhart had a team-high two interceptions and Massa had two fumble recoveries.

The Bison (6-2) will wrap-up their regular season at home tonight (Thursday, Oct. 18) as they host another Class 11AA school in the Sturgis Scoopers (3-5), who defeated Pine Ridge last week by a score of 42-22.

“It doesn’t get any easier with Sturgis coming to town,” Kramer said. “They’re a scary team with a lot of firepower, some tough running backs and a defense that gets to the ball.”

In order to host a first-round playoff game and move into the top-four of the division, the Bison are likely going to need both a win over Sturgis this week, as well as a Todd County loss to St. Thomas More, who is now 5-3 on the season and in the eighth and final playoff spot after defeating Belle Fourche last week by a score of 21-20.