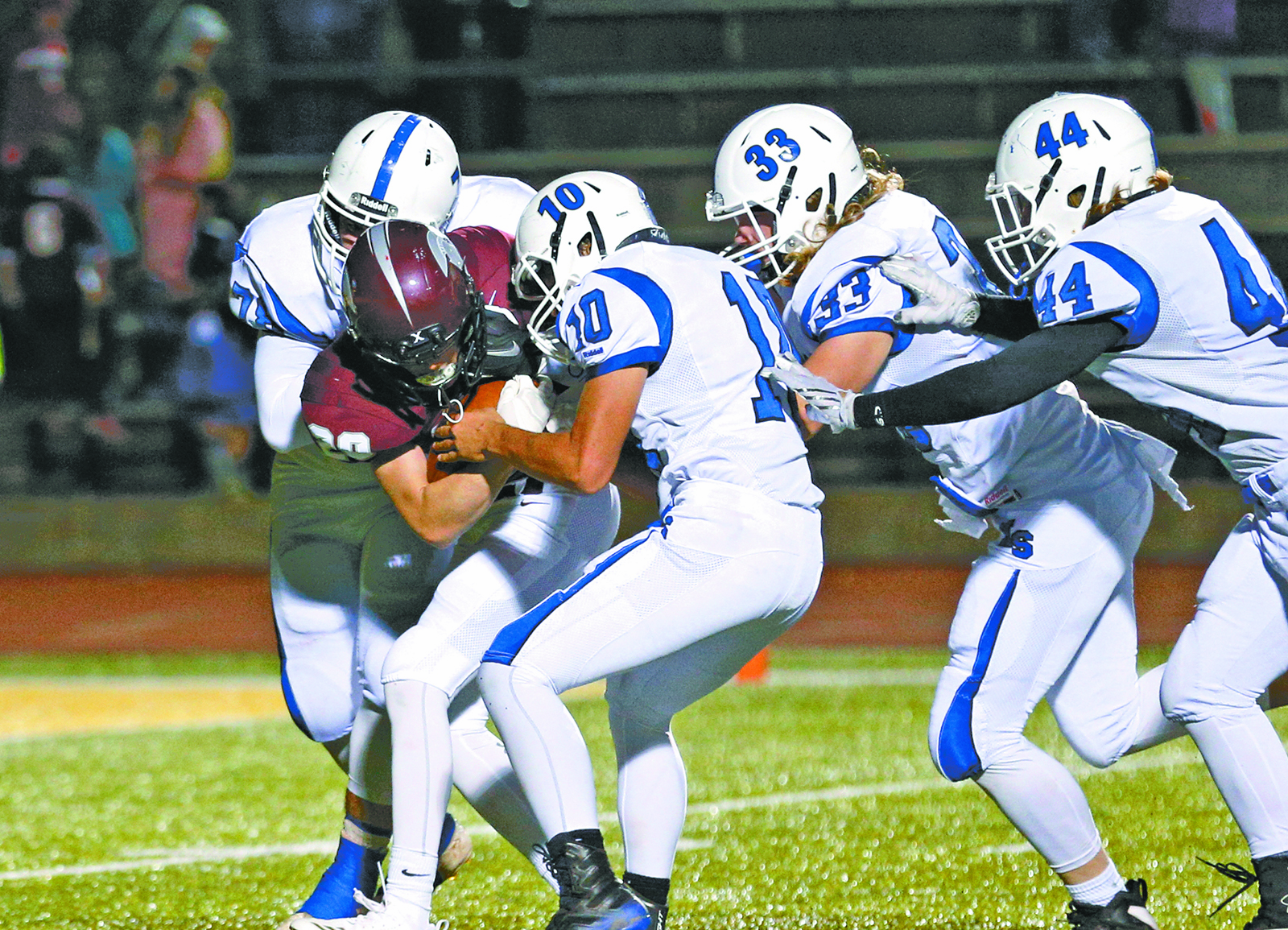 SPEARFISH – The Hot Springs Bison defense continued its dominating ways last Friday night in Spearfish, as they shutout the Spartans on their home field and led the Bison to a 16-0 win over the Class 11AA Black Hills Conference rivals.

The four quarter shutout by the Bison defense made it six quarters in a row in which they did not allow a single point, after shutting out Belle Fourche in the second half of Hot Springs' 28-21 homecoming win the previous week.

Helping to lead the Bison defensive charge with a team-high 13 tackles (7 solo) including two for loss was junior Gavin Heil. He was joined by Kalub Wilson with eight tackles (2 solo) and Andrew Wendland (5 solo & fumble recovery) and Brand Baker (4 solo & safety) each with seven tackles apiece

Matt Wendland and Garrett Heil also each had a sack in the game.

“Offensively we took a couple steps backward,” said Coach Kramer. “Going through the motions, not hitting the hole hard enough, missing blocks etc. We need to get better, work harder and not make the mistakes that kill a drive. We left a lot of points on that field, we’re all pretty frustrated.”

The Bison scored their first points of the game in the first quarter following a Spearfish turnover in their own territory. Hot Springs capitalized on an eight-yard pass completion from quarterback Morgan Harkless to Matt Norton.

Hot Springs added to their lead shortly afterwards with a two-point safety when Brand Baker and company tackled a Spartan ball carrier in their own endzone, which put the Bison up 9-0.

In the third quarter, Hot Springs' lead increased to 16-0 on another TD pass from Harkless to Norton, this time from 10 yards out.

Statisically, the Bison outgained the Spartans 203 yards to 121, with Hot Springs getting the vast majority of their total yardage on the ground, led by Andrew Wendland with 107 yards on 20 carries. Kalub Wilson also had 54 yards on 11 carries.

Harkless completed 5-of-11 passing for 42 yards, including two touchdowns to Norton, who had a total of 24 yards receiving on three catches. Wendland and Thane Lockhart also each had one pass reception, both going for nine yards each.

This Friday, Hot Springs hosts St. Thomas More (3-3) who is currently having somewhat of a down year compared to some of their recent seasons which saw them near the top of the state's Class 11A and 11B standings. They are however fresh off a 54-13 win last week over winless Douglas (0-6), and will certainly be coming into Hot Springs to make for a very competitive ball game.

“Its STM week, if you can’t excited for this one, you shouldn’t play football,” added Coach Kramer.

Kickoff is set for 6 p.m. at Woodward Field.