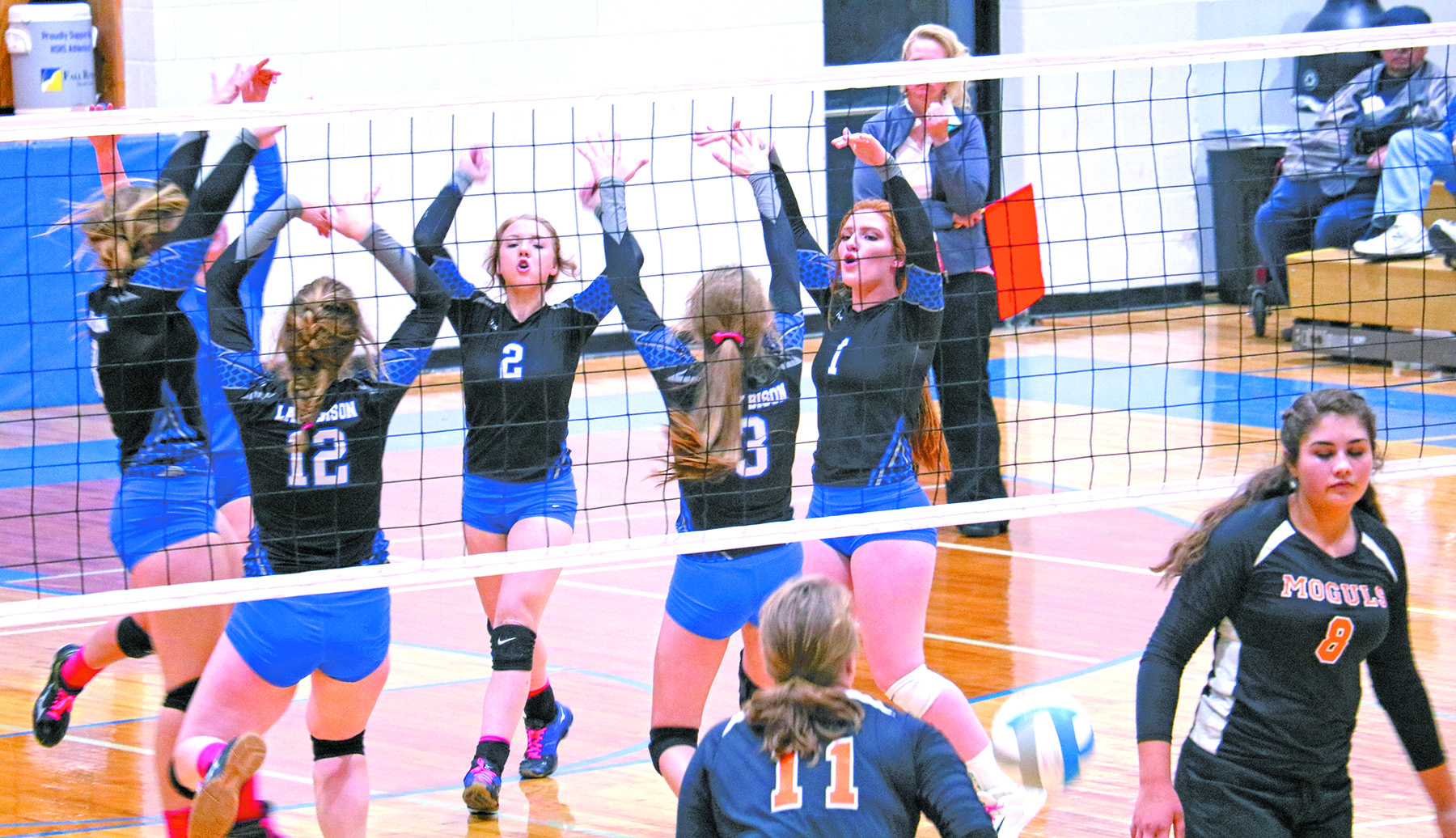 HOT SPRINGS – Both teams brought their A-game in a highly competitive and entertaining volleyball matchup of two Fall River County teams this past Monday night in Hot Springs, as the Lady Bison and Lady Moguls battled through four tightly contested games in which both teams held the lead at some point in each game.

“Edgemont was a very scrappy team. They do not block a lot so they have five or six girls off the net playing defense and that is hard for a hitter to put the ball away,” said Hot Springs head coach Jami Klippenstein after the match. “I am very proud of my girls. They played very fundamentally sound volleyball and just kept swinging till they were able to put the ball away. We have been struggling this year to finish a game and the girls tonight kept their heads in the game and just finished.”

Neither team made very many mistakes in the match, as most all of the points were earned through effective kills as opposed to unforced errors.

"Bayley has been fighting a bad knee injury from two weekends ago while at the Belle tournament," Coach Klippenstein said. "She really showed up tonight and I knew we had to get the ball to her to finish the game."

On the other side of the net, Edgemont was led by senior Maddie Peterson who had 10 kills on 36 hitting attempts while also serving 12-for-13 with two aces. Fellow senior Abby Tidball had nine kills as well as four service aces while serving 17-for-18.

The Lady Moguls are now 6-11 on the season and in seventh place of Region 7B, with Kadoka Area currently in the top-spot of the region with a record of 19-3. See story on page B2 featuring Edgemont's other recent games from last week.

The Lady Bison meanwhile are 7-16 on the season and in sixth place of Region 8A. St. Thomas More is the current first place team in the region with a record of 21-5.

In addition to the in-county matchup with Edgemont on Monday, Hot Springs also hosted Southern Hills rival Custer on Tuesday.

Now a student at Edgemont High School, former Hot Springs player Kiara Allen jumps up for a block attempt versus the Lady Bison this past Monday night at Case Auditorium. ABOVE RIGHT: Members of the Lady Bison volleyball team celebrate a point during the first set versus Edgemont on Monday night.