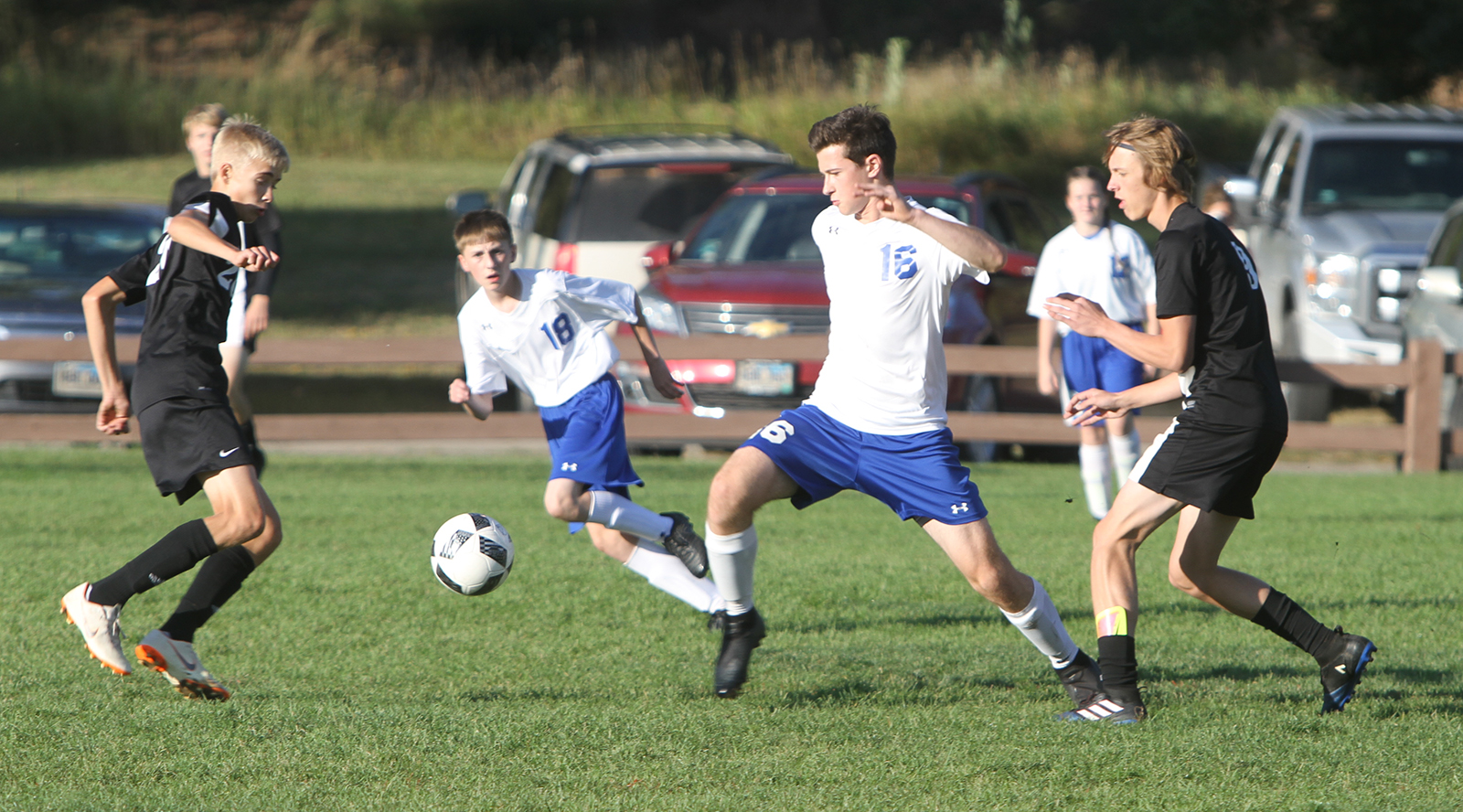 STURGIS – In a rematch of their home game on Sept. 14, in which the Hot Springs JV soccer team defeated the Sturgis Scoopers 3-2, the Bison traveled to Sturgis last Thursday, Sept. 20, but were shutout by a margin of 0-3.

“Sturgis decided to field their older players, many of whom were varsity against our young squad that was starting 7th graders,” said Hot Springs head coach Wendell Gehman. “Our players battled hard, but were physically outmatched. Several of our players picked up injuries as a result leaving our bench depleted.”

A highlight of the game, according to Coach Gehman, was the second half performance of 7th grade goal keeper, Maggie Preuss, who stopped a penalty shot along with several critical saves late in the game.

“I was disappointed at Sturgis for their decisions regarding their personnel choice,” Coach Gehman added. “It would have been nice to have a more evenly matched contest.”

The Hot Springs JV soccer program concluded their season this past Tuesday, Sept. 25, with a road game versus Belle Fourche.

Hot Springs' Cade Gehman (16) battles for the ball with teammate Bradley Hagen (18) running close by in a game played at Sturgis last week.