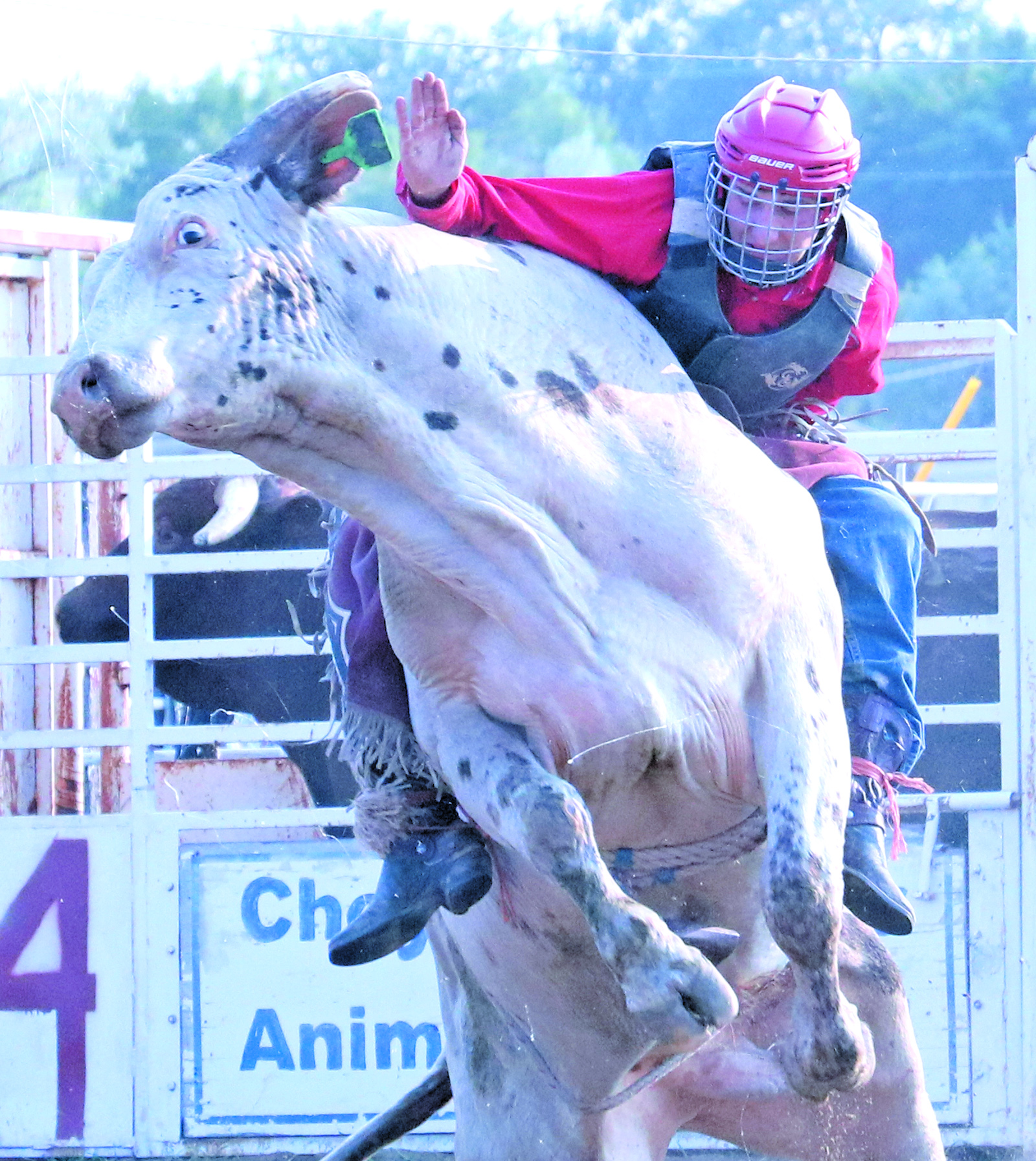 Rowdy Hughson, a 2017 graduate of Hot Springs High School who now makes his home near Edgemont, was the champion bull rider of this past weekend’s Territorial Professional Bull Riders Fall River County Fair Pro Tour Stop in Edgemont. Here, Hughson rides his bull to a First-Go eight-second score of 68, which qualified him for the Short-Go where he went on to earn a score of 85 to win the event.

A total of 20 bull riders competed in the first-time event at the  Fall River County Fair, which also featured seven youth competitors in the Steer/Junior Bull Riding including Rowdy’s younger brother Cy, who also won that event.

For more photos from all of the Fall River County Fair activities from last week, see pages B2 and B3.