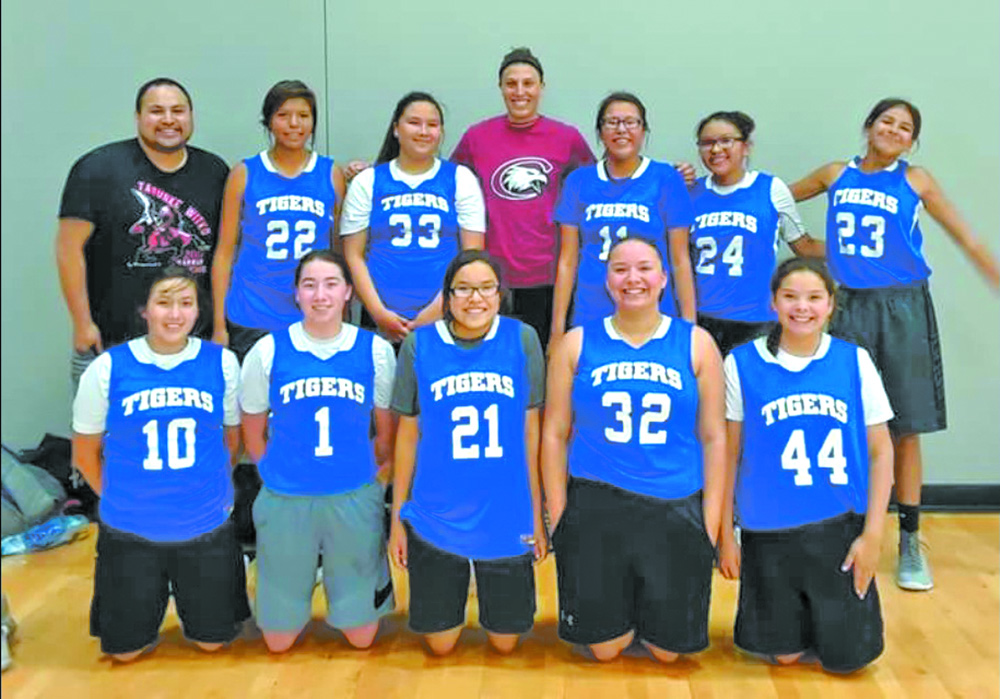 OELRICHS – The Oelrichs High School girls basketball team kept very busy this summer with three different camps as well as a summer season, which saw them finish with a 6-14 record overall. 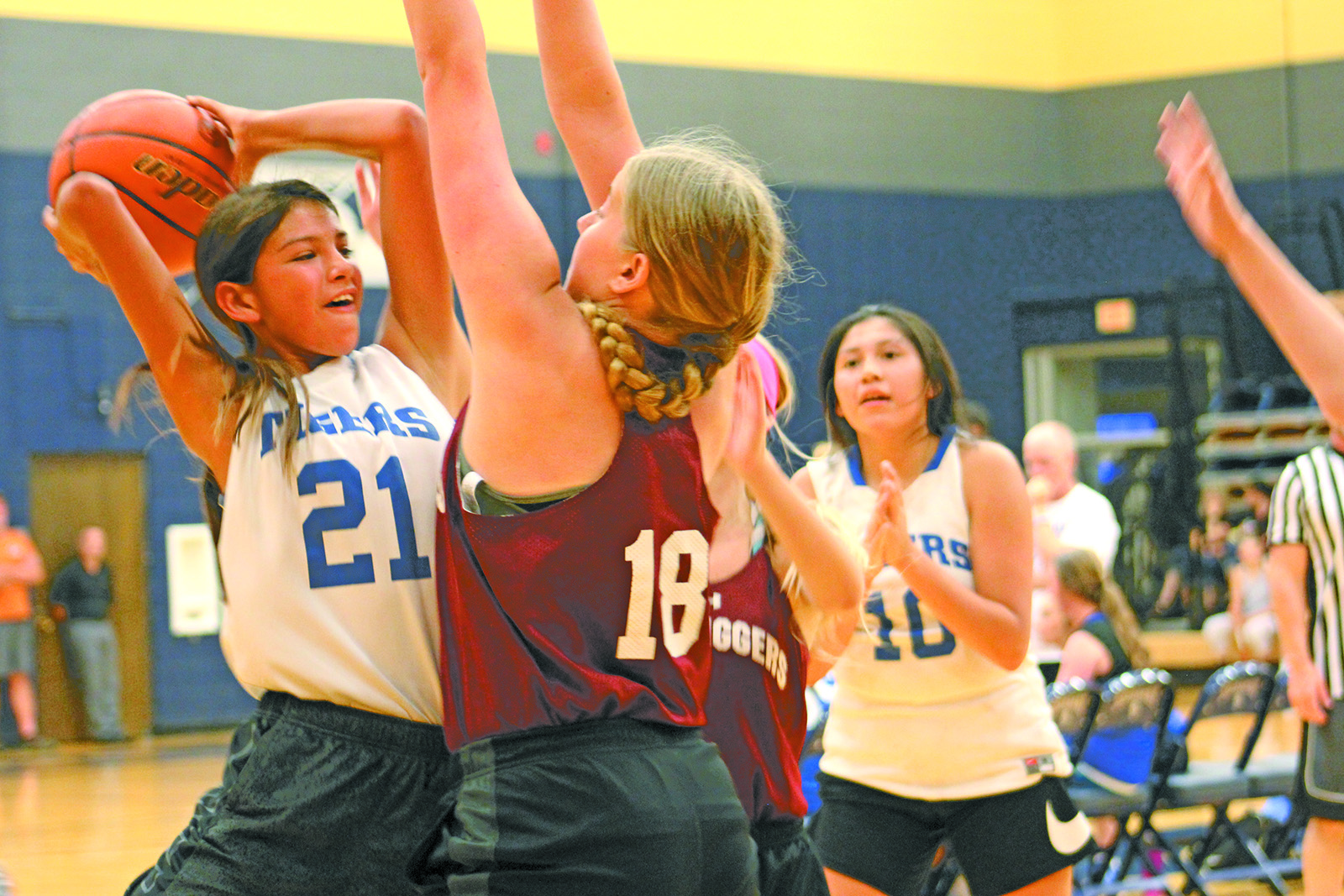 “The camps were basically games to give the girls experience in real game situations to help myself and the players to assess their skills and see where we improved and still need to work on,” Coach Pine said. “It also gives a chance for the girls to stay in shape while bonding more as a team so that when winter comes, we'll already be familiar with one another.”

In addition to the three camps, the girls also competed in a five-week league on Mondays in June and July versus several Black Hills area schools including Custer, Rapid City Stevens, Kadoka, St. Thomas More, Newell, Douglas and Lead-Deadwood.

ABOVE: Coach Dale Pine Jr. (in back row, far left) poses with his team during the Chadron State College Camp. INLINE: Patricia Carlow of Oelrichs looks to pass the ball around a defender.