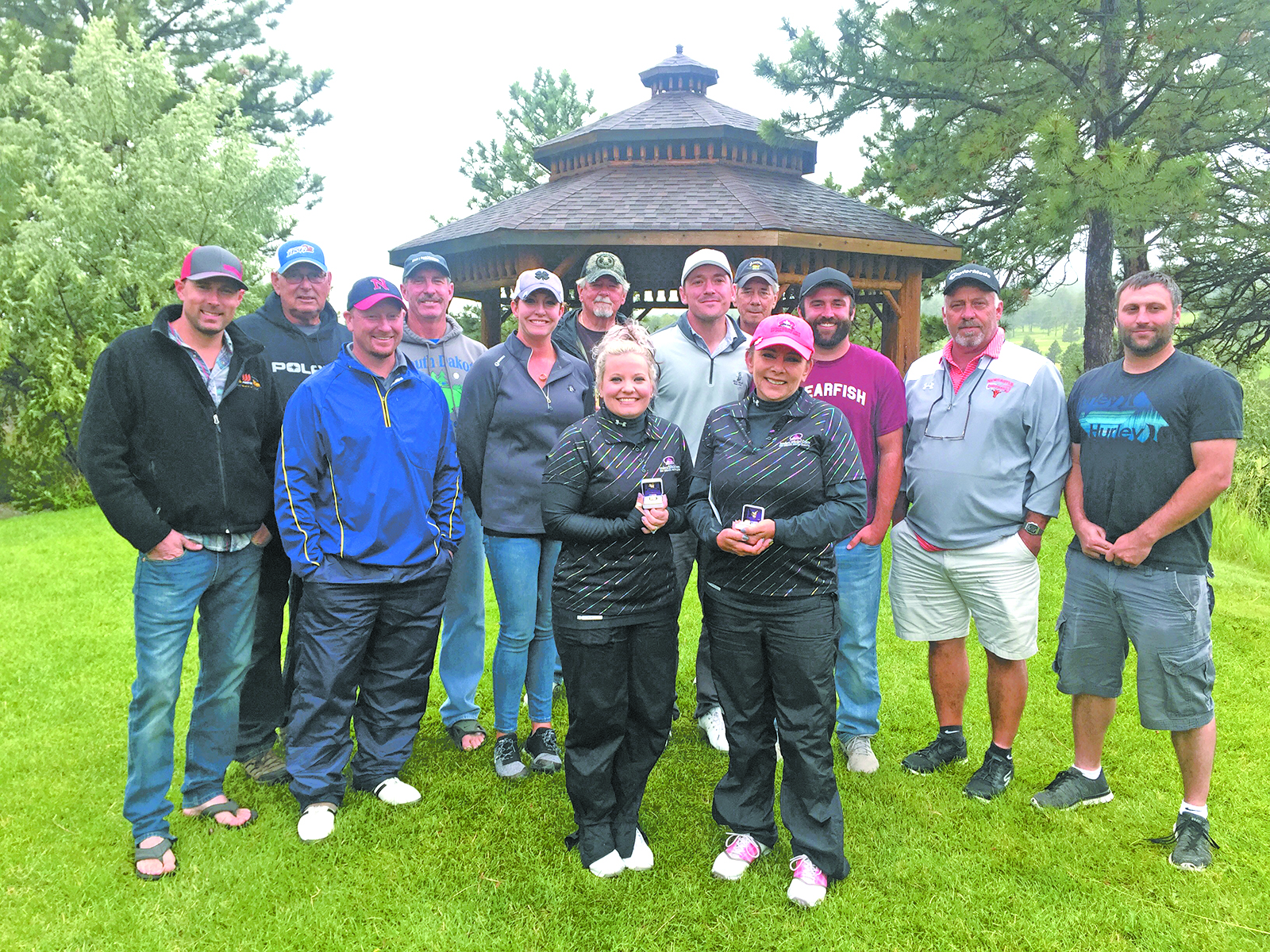 HOT SPRINGS – For the first time in its now 54 year history, a mother-daughter duo won this year’s annual Father’s Day Invitational, played this past weekend at Southern Hills Golf Course in Hot Springs.

Taking first place with a combined two-day score of +16, using the Stableford scoring system, was the team of Jen Watts of Hot Springs and her daughter Mandy Watts of Chadron.

Playing under ideal weather conditions on Saturday, June 16, the team came into the clubhouse with the first-round, 18-hole leading score of +21. Despite going backwards with a score of minus-5 on the second day of competition on Sunday, which was played in rain throughout the day, the team’s two-day total still held up, as they each earned Black Hills Gold rings, along with cash and other prizes.

This year’s 2018 top-two teams actually had a lot in common, as Jen’s husband Rodney Watts and his father Don Watts, both of Hot Springs, earned second place with a two-day score of +13, after coming in with a +15 following the first day’s competition. In fact, in addition to the first and second place teams, the top nine teams for the tournament each featured family connections, including brother duos, father-son combinations, father-daughter, and also an uncle-niece tandem

With comfortable temps and no precipitation on Saturday, scores across the board came in very high, with 23 of the 35 total two-person teams finishing with positive scores following the first 18 holes. On Sunday, however, with all of the teams playing in the rain, only seven teams finished the 36-holes with a positive score. Only two teams made their points and finished with a positive 18-hole score on Sunday, meaning 33 teams went backwards with their final score following the second day of play.

The Team Medalists for the tournament, with the lowest combined scratch score, for the second straight year, was the aforementioned team of Miller and Renner. They combined to shoot a two-person, 36-hole score of 306. Miller shot 151 (70/81) while Renner shot 155 (75/80).

And for the 13th consecutive year, Hot Springs native Mark Moller, now of Phoenix, Ariz., won the individual medalist award with a 36-hole round of 131 (61/70).

Following is a list of the top-10 teams in this year’s tournament:

Surrounded by a number of former team champions of the annual Father's Day Golf Invitational, the mother and daughter duo of Jen Watts and Mandy Watts pose with their 2018 Championship Black Hills Gold rings, following the two-day, 36-hole competition this past weekend at Southern Hills Golf Course in Hot Springs. Second place in the tournament was earned by Jen's husband Rodney and his father Don Watts, both of Hot Springs.

INSIDE PHOTO:
Tim Renner of Crooks and Jay Miller of Hot Springs earned Team Medalist honors with a team scratch score of 306.