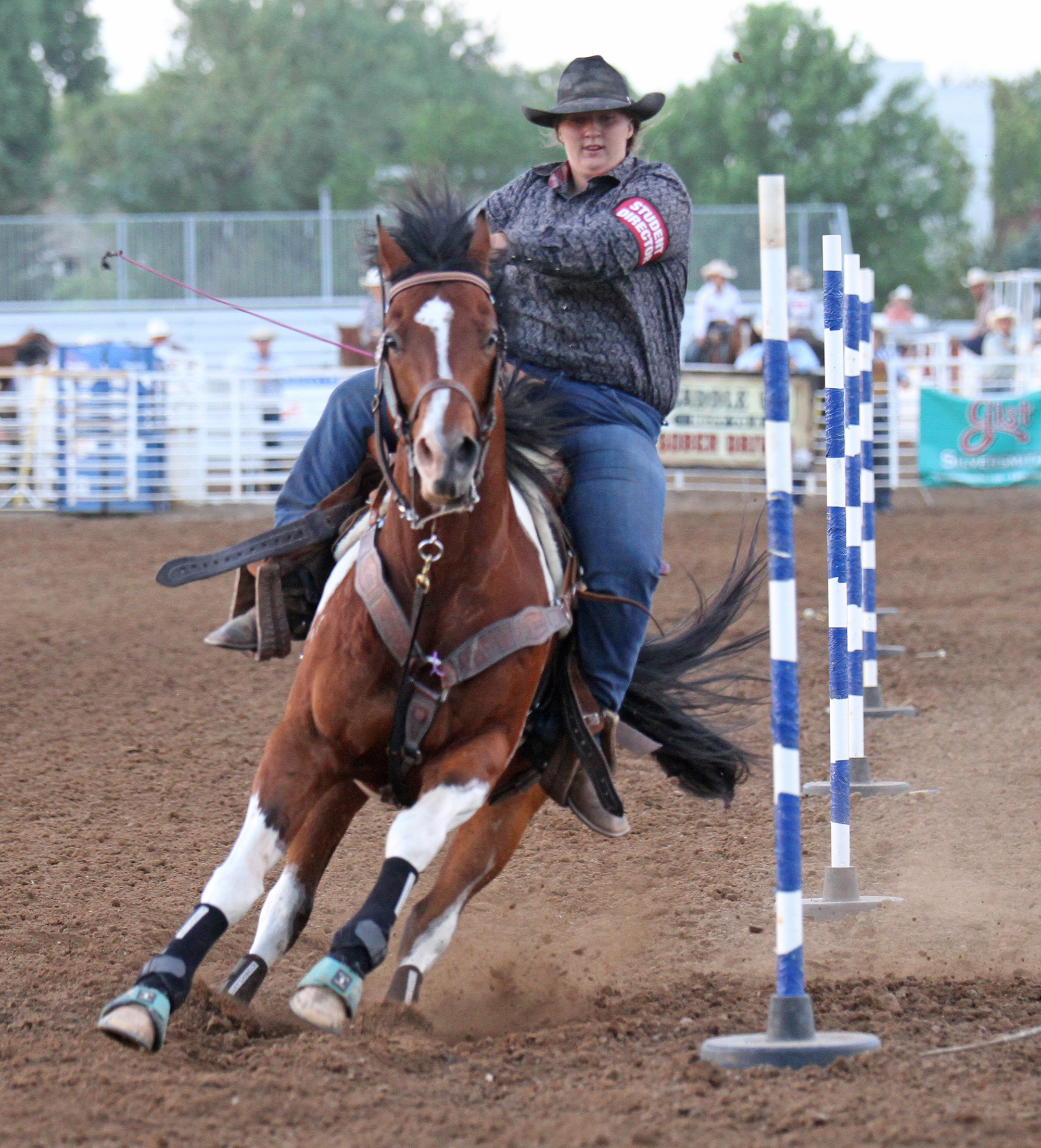 BELLE FOURCHE – Several Fall River County area high school cowboys and cowgirls this past weekend competed in the South Dakota State Finals Rodeo in Belle Fourche on June 13-16, where Thane Lockhart of Oelrichs qualified for the National Finals in the Team Roping after winning first place with a final point total of 80, following the three rounds of competition.

Both Lockhart, along with his team, roping partner Chance Derner of New Underwood, will now move on to compete in the National High School Finals Rodeo in Rock Springs, Wyo., July 15-21, 2018. Their times of 10.1, 10.16 and 8.86 earned them two second place round finishes and one first place while easily winning the average with a 29.12 total. Second place was a distant 41.5.

In addition to his finish in the Team Roping, Lockhart, who will be a senior at Hot Springs High School next fall, was also ninth in the Tie-Down with a final score of 39.5.

To qualify for the National Team, competitors needed to finish in the top-four of an event's final standings. Lockhart was the only male athlete from the county to make it on Team South Dakota, however Edgemont High School's Chance Grill, of Ardmore, finished just one spot away from nationals as he placed fifth in the Steer Wrestling with a final score of 43.0. Alex Bergeson of Mitchell was the Steer Wrestling champion with 80 points.

Another area cowboy earning a top-10 finish at the State Finals but just missing a spot on the National Team, by less than six points, was Wyatt Tibbitts of Hot Springs who placed sixth in the Tie-Down with a score of 47.5. Tibbitts was also 10th in Steer Wrestling with 43 points and 26th in the Team Roping.

On the girls' side, Jimi Dawn Swallow of Buffalo Gap placed fourth in the Barrel Racing and will be on Team South Dakota at the National Finals. She was also 31st in Pole Bending and 56th in Breakway Roping.

Hot Springs' Cassidy March also did very well and placed 10th in the Girls' Cutting competition with 41 points as well as 13th in Reined Cow Horse competition with 29 points. She was also 45th in Pole Bending and 48th in Breakaway Roping.

ABOVE: Thane Lockhart of Oelrichs competes in the Tie Down Roping event this past Saturday at the South Dakota High School Rodeo Finals in Belle Fourche.