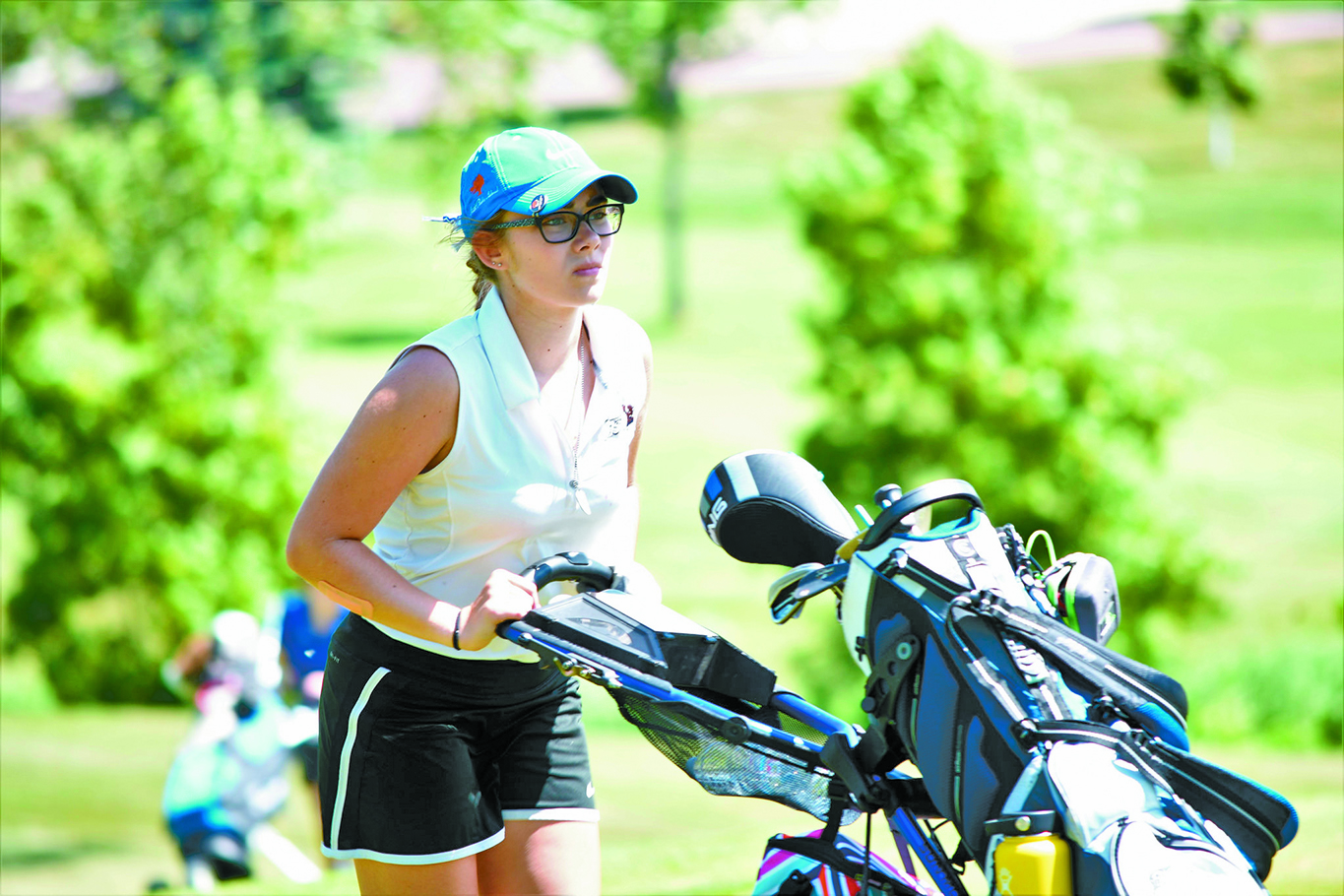 DELL RAPIDS – Following the first day of competition on Monday, June 4, in the South Dakota Class “A” State Girls’ Golf Championship in Dell Rapids, the Hot Springs team was sitting in a tie with Canton for seventh place overall with a score of 105 over par.

The final complete results following Tuesday’s second round of 18 holes was not available prior to the printing of this week’s Fall River County Herald, but as of Monday, Hot Springs junior Aryona Watts was leading her team with an 18-hole score of 92 which put her in 16th place overall.

Fellow Region 4A competitors Payson Birkeland of Belle Fourche and Alex Kandolin of St. Thomas More were in the top-two positions with scores of 75 and 78 respectively.

Other Hot Springs scores at the midway point in the tournament included juniors Madilyn Palo (97) and Malory Olstad (98) tied for 26th and 29th place respectively, eighth-grader Sydney Olstad (102) tied for 43rd place, and freshman Jessi Schroeder (105) tied for 48th place. A total of 88 girls were competing in the Class “A” Tournament.

Hot Springs’ Aryona Watts pushes her cart towards the green while competing in the South Dakota Class “A” State Girls’ Golf Championship in Dell Rapids on Monday, June 4. After the first day of competition, Watts was leading her team with an 18-hole round of 92 which put her in 16th place at the midpoint of the two-day tournament.