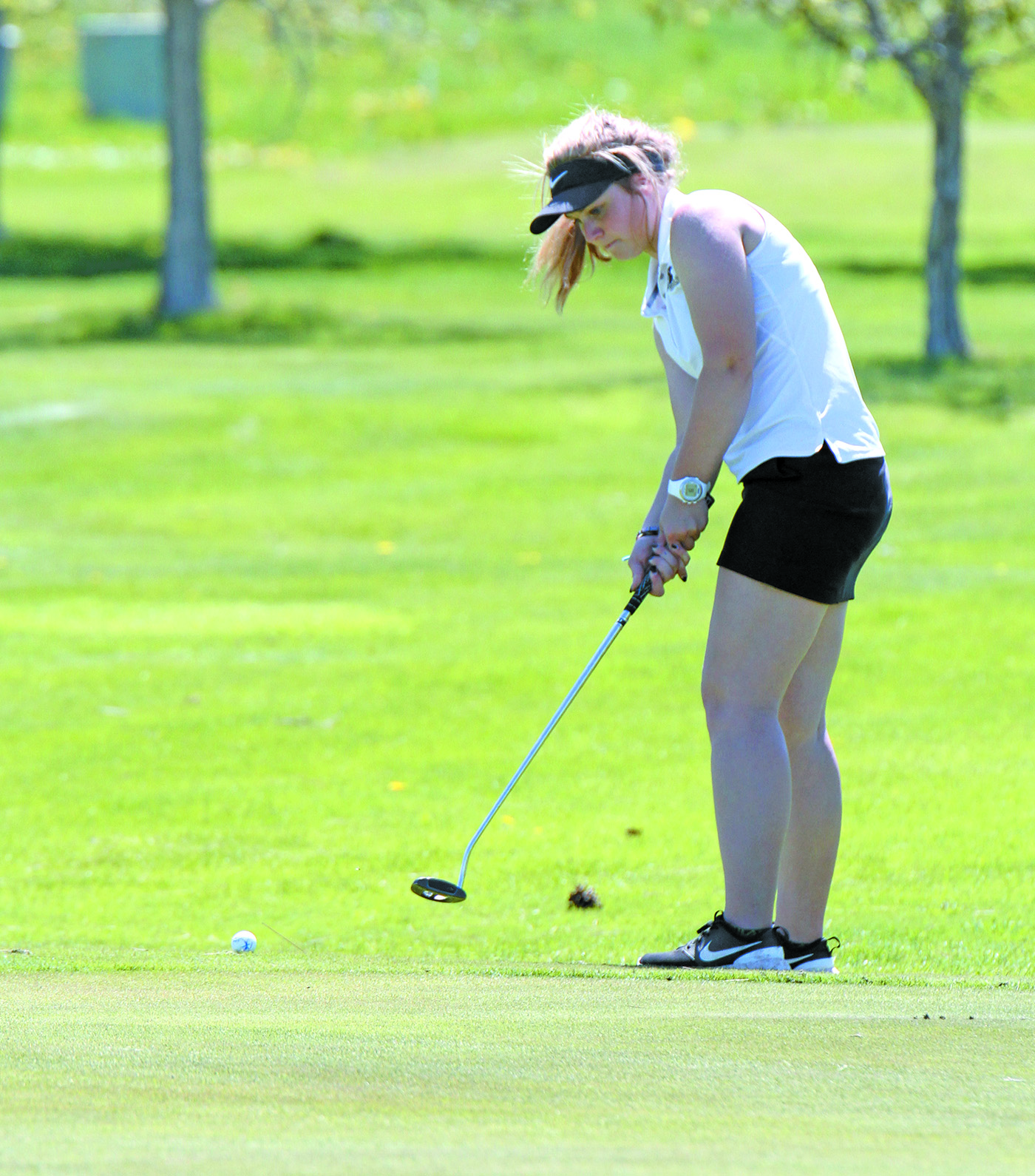 BELLE FOURCHE – The Hot Springs Lady Bison golf team added another team title to their list of accomplishments this season as they won the Belle Fourche Invitational last Tuesday, May 15, with a four-person, 18-hole score of 355. Host Belle Fourche was second with a score of 376 on their home course, followed by Spearfish with 445.

Belle’s Jade Burr won the medalist honors with a 18 hole score of 77, followed by Molly Schwartz of Douglas with 79, STM’s Alex Kandolin with 80, and Hot Springs' Malory Olstad with an 86.

This week the Lady Bison compete in the Douglas JV meet on Wednesday, May 23, and then travel back to Belle Fourche to compete in the Region 4 Championship on Thursday, May 24, starting at 10 a.m. The Region 4 meet determines who will advance to the State Meet in Dell Rapids on June 4-5.