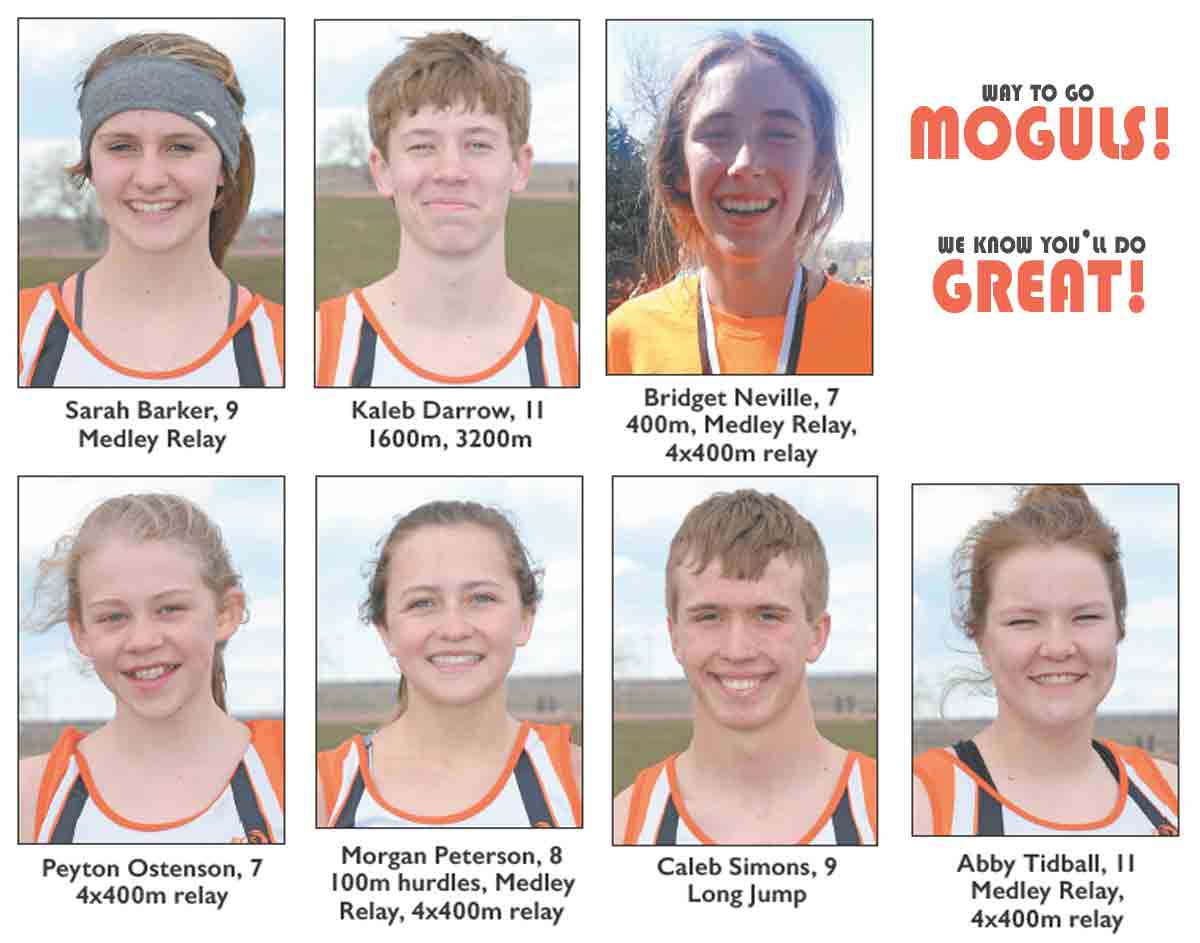 KADOKA – The Edgemont Mogul girls' and boys' track & field team will be sending four individuals and two relay teams to this week's State Championship in Spearfish and Rapid City, following their performances last Thursday, May 17, at the Region 7B meet in Kadoka. The qualify for state, competitors needed to finish in the top-two in each event, or meet the minimum qualifications for event during the regular season.

“The boys took a Region title in the long jump, and runners-up in the 1600 and 3200 to punch our spots at State,” said Edgemont head coach Joe Martin. “This marks the fourth year in a row a boy has qualified in long jump and back-to-back years competing in the 3200. Third place finishes in the 300-meter hurdles and 4x800 kept the boys competitive in the team standings.”

Freshman Caleb Simons will also join Darrow at the state meet after he won the region long jump with a leap of 19-02, which ranks him 21st going into the meet. Preston Jones of Britton-Hecla currently has the top distance in Class “B” at 21-11.75.

Switching to the girls' side, eighth-grader Morgan Peterson is headed to state after winning the 100-meter hurdles with a new personal-best of 18.31. Her time is 16th best amongst Class B, heading into the state meet.

Also earning a region championship was fellow middle schooler Bridget Neville, who, as a seventh-grader, won the 400-meters in a time of 1:03.35. Her time ranks her fifth-best out of all Class B competitors. Newell senior Delaney Leber has the current top-time of 59.77.

Both of the Edgemont girls Sprint Medley and 4x400m relay teams placed second at regions.

The Sprint Medley team of Abby Tidball, Sarah Barker, Morgan Peterson and Bridget Neville finished in a time of 4:58.36, while the 4x400m team of Abby Tidball, Peyton Ostenson, Peterson and Neville finished in a time of 4:43.79. Both teams however will face an uphill battle at state, as each enter the meet with the slowest times of all qualified teams.

“In addition to a number of qualifiers for State, everyone earned a medal and both teams improved their final team standing from a year ago,” Coach Martin said. “The kids were humble qualifiers and showed their teammates and opponents the respect they deserved at the end of a long season.”

“As we go to State, we’ve worked hard to get to this point and hope to jump our furthest and run our fastest times of the season,” added Coach Martin. “The kids have earned a chance to compete in front of a large crowd along with the best athletes in our state. It’s an exciting time within our program and the future is bright for our young athletes.”