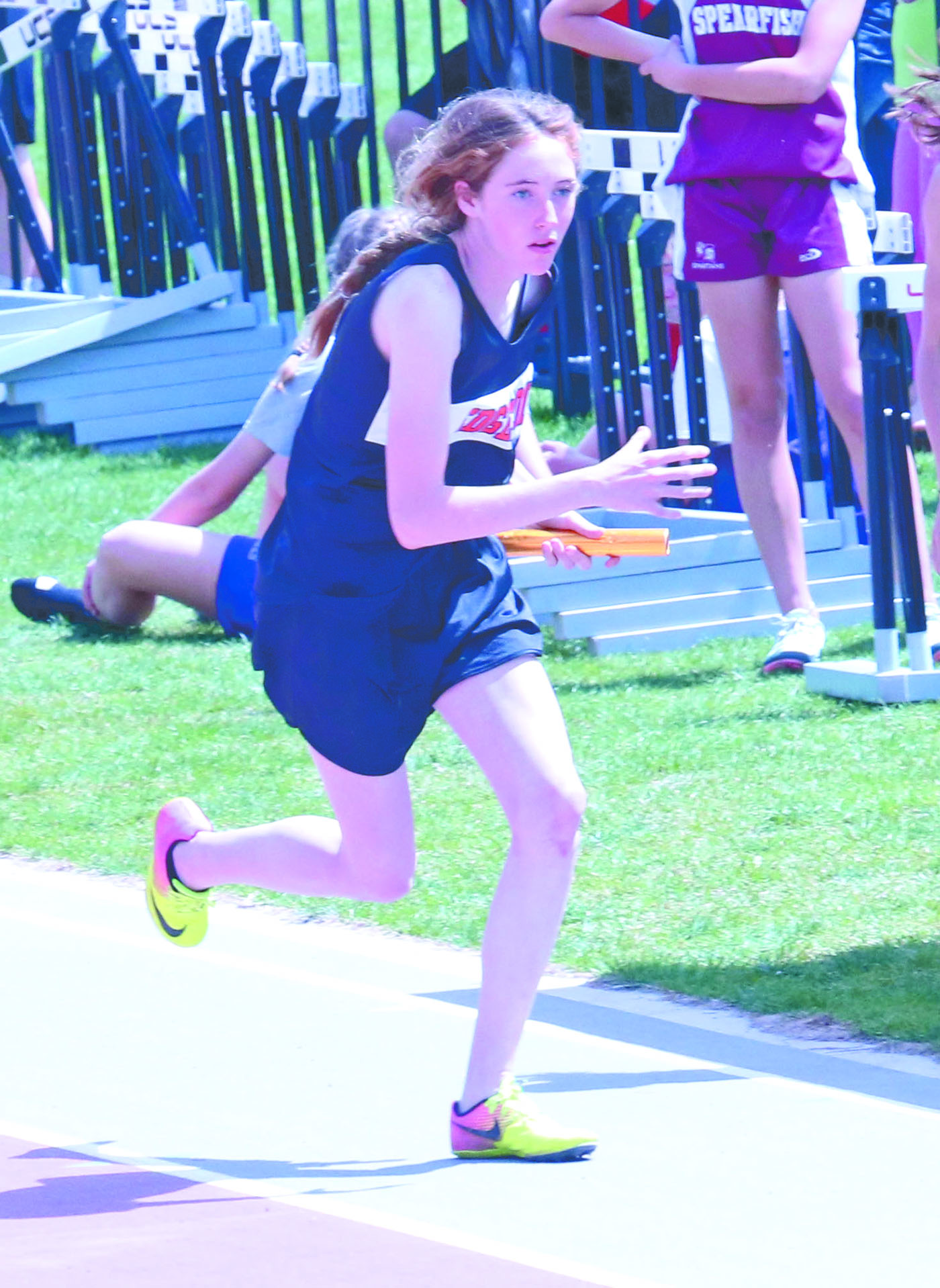 RAPID CITY – With a number of middle school athletes moving up to test themselves against older competition, the Edgemont Moguls track and field team came away from last week's 20-plus team Rapid City Qualifier posed for a strong showing at this week's region meet.

“This meet is a great way for us to get a look at the team we will take to Regions,” said Edgmont head coach Joe Martin. “Our numbers swell each year heading into this meet, and our younger kids showed their fitness against stiff competition.”

Seventh-grader Bridget Neville was one of those younger kids who proved they can hang with the best of them, as she placed second overall in the 400-meters in a PR (personal record) time of 1:03.34.

“The girls brought fresh legs and jumped towards the top of the Region rankings in two relays,” Coach Martin said. “We earned two medals and showed depth in the 400m dash, while our distance runners and throwers earned multiple medals in each of their respective events.”

On the boys' side, freshman Caleb Simons hit a new PR in the long jump as he placed sixth with a leap of 19-03.25, while three relay teams also earned top-eight finishes. The Medley Relay team (Ryan Simons, Kevin Stone, Caleb Simons, Kaleb Darrow) placed second in a time of 4:10.73.

“The boys ran the 4x800 competitively on their way to placing well in two relays,” Coach Martin said. “We PR’d in the long jump and head into the Region ranked 1-2 in the event.”

"Going into Regions we’re optimistic about our chances to qualify for State in numerous events,” added Martin. “Our girls haven’t qualified since 2014 while the boys have qualified in multiple events over the past three seasons. We’ll have an opportunity to qualify every team member for State as either a participant or alternate on a relay.”

Edgemont seventh grader Bridget Neville competes here in a relay event during the annual Jeff Smit Memorial middle school track and field meet in Sturgis on May 5. Last Tuesday, May 8, Neville competed varsity for the Moguls and placed second overall in the 400-meters with a time of 1:03.34.