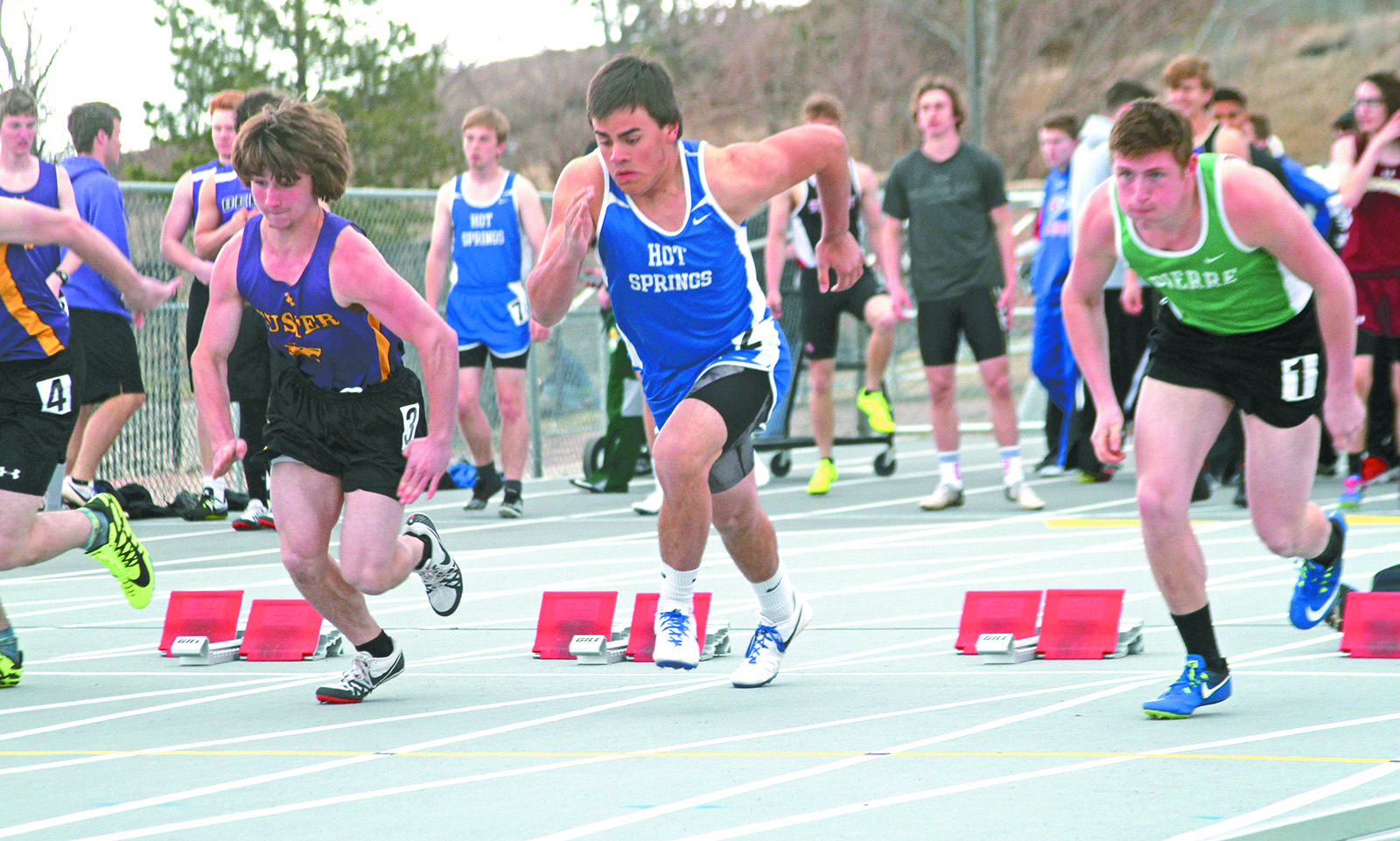 Like Ernie Banks said, “Let’s Play Two,” and that is exactly what the Hot Springs track team did last week, running first in Spearfish on Tuesday and then again on Thursday in Rapid City.

The Queen City Classic really lived up to its name as 2,000 track kids showed up to perform. Since the weather has been unforgiving this season, every team is looking to get in any meet at any time so the meet in Spearfish was packed with not only South Dakota kids, but four other states also sent athletes as well.

We had some good performances but nothing that would be outstanding, and with the level of competition, we were expecting better from our kids. Individually we did not perform up to our standards in some events, but in others, we looked good.

The 4x200m team of Brand Baker, Thomas Massa, Riley Abbot and Gavin Heil ran well for the first time this year, placing 16th overall. But the best race of the day came at the very end where Hot Springs had two different 4x400m relay teams. The first team consisted of Thomas Massa, Riley Abbot, Matt Norton and Gage Uhlir -- all sprinters. The second team of Josh Stanley, Tyler Winscot, Keaton Bissonette and Oliver Juhl, who are all distance runners. Both teams ended up in the same heat in lanes seven and eight, and as soon as the gun went off, the fight was on.

Each lap was an incredible display of competitiveness, heart, and an all-out burning to best each other. The final result was that the sprint kids edged out the distance team by 0.60 seconds. When we compete like that with each other, we should be able to repeat that same performance against other teams

That is exactly what we did in Rapid on Thursday. We grew up a little over the past two days and although there were not as many athletes in the field of competition, the competitive level was still pretty high.

Josh Stanley had an outstanding day as he helped the 4x800m relay team to a 5th place finish, along with Pierce Sword, Adam Consoer, and Tyler Winscot. Josh also placed 5th in the 800m and 8th in the 100m run with a time of 4:58.

Not to be outdone, the medley team placed 5th with Brand Baker, Thomas Massa Tyler Winscot and Adam Consoer.

We also finished the day with both a boys’ and girls’ 4x400m relay team both placing 7th overall. The girls’ team consisted of Carley Spray, Abrianne Baca, Mary Lane, and Jaida Kramer, while the boys team were the same die hard sprint guys from the Spearfish meet.

We still have a great deal of work to do trying to prepare ourselves for a run at state, but we were far and away better on Thursday this week. We need to carry that competitive level with us to Custer this Thursday or Friday depending again on the weather.