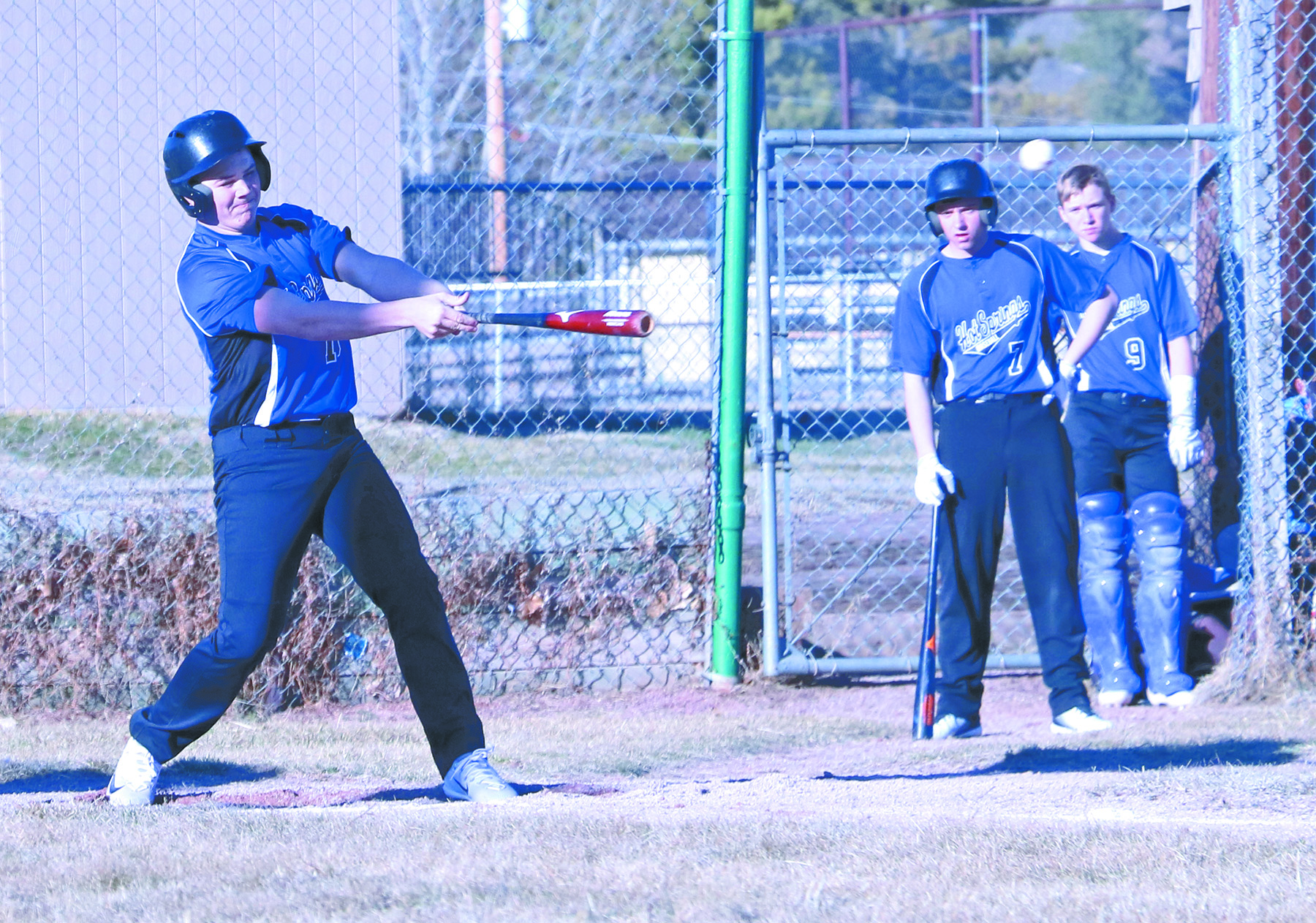 HOT SPRINGS – The Hot Springs Bison baseball team struggled in their opening two games in the month of March, as they were shut out at home by Winner/Colome 0-25 on Saturday, March 24, and then against St. Thomas More by a score of 0-18 on Tuesday, March 27. While not a sanctioned sport of Hot Springs High School, the program is run as a “club sport” but is granted use of the 'Bison' name by the school.

“We are still very young and inexperienced, and through two games this year, we've had only one junior and one senior start for us,” said Hot Springs head coach Mike Remington. “It also doesn't help that we've played two of the top teams in the state to start the season.

“I take much of the responsibility for our rough start,” Coach Remington added. “We have to go back and focus more on the basics with some (of the players) and start from scratch with others. After our last practice, which was much more intense and detail oriented, the players seemed more confident. We will continue to work together and improve throughout the season.”

In Hot Springs' first two games, the team collected only one base hit, which was a single by sophomore Teejay Atwood versus St. Thomas More. In both games, Coach Remington said his team failed to throw strikes and walked a ton of batters in both games.

“At the plate, it was just the opposite,” he said. “We failed to make solid contact, and when we did get runners on base, we couldn't come through with a much needed hit.”

Despite the rough start to the season, Remington said he was still very pleased with many of his first-year players who decided to come out and give baseball a try.

“It is difficult to match up with the top teams when this is your first time playing baseball or have not played since they were really young,” Remington said. “They have been very coachable and patient. Our returning starters need to take it to the next level in order to compete. These starters are mostly composed of sophomores who returned from last year's team. I look forward to upcoming practices and the games to follow.”

Remington said he hopes to build on their 2-9 record from last year, but that will be a tall task, considering the fact the fellow region teams are all very good.

“St. Thomas More, Lead-Deadwood, Winner/Colome, and Platte-Geddes/Dakota Christian/White Lake/Corsica are some of the top teams that will compete for a state title by the end of the season,” Remington added.

(A.) Hot Springs pitcher Sebastian Alvarez-Carrero throws towards homeplate as a St. Thomas More batter digs in during a game played at Butler Park in Hot Springs last Tuesday, March 27.

(B.) Hot Springs sophomore Teejay Atwood has earned the team's only basehit so far this season, which he earned with this swing of the bat versus St. Thomas More.