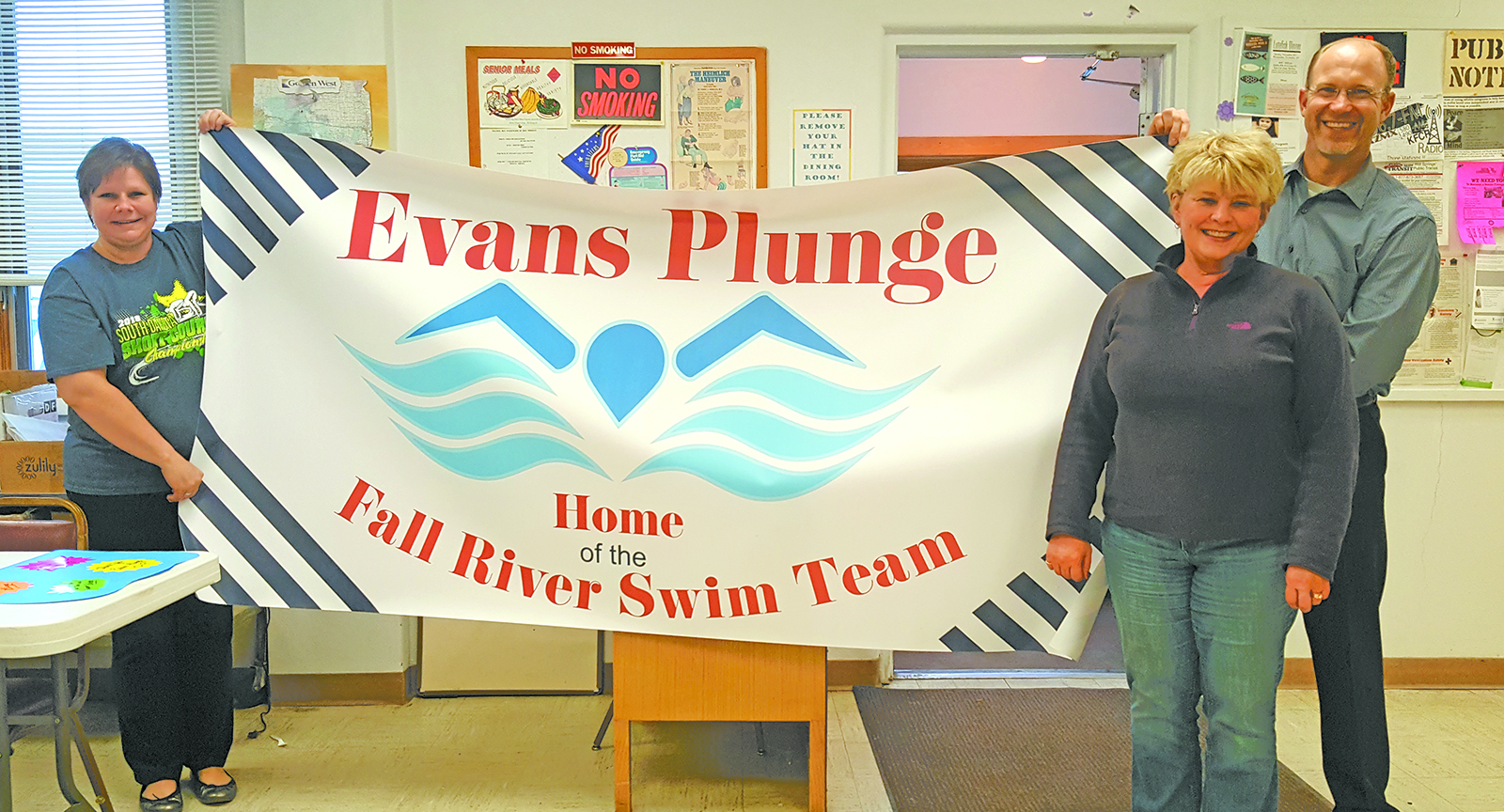 Following is a listing of all the awards presented:

Hard Luck Award: Maycie Weaver (broke her wrist before season was over)

At the team's awards banquet held Tuesday, March 20, members of the Fall River Swim Team presented Evans Plunge manager Kris Hansen a banner in appreciation for her and the city's efforts to provide a place for the team to practice. Pictured from left is swim team coach Stacy Reetz, the Plunge's Kris Hansen and team assistant coach Shannon DeBoer.