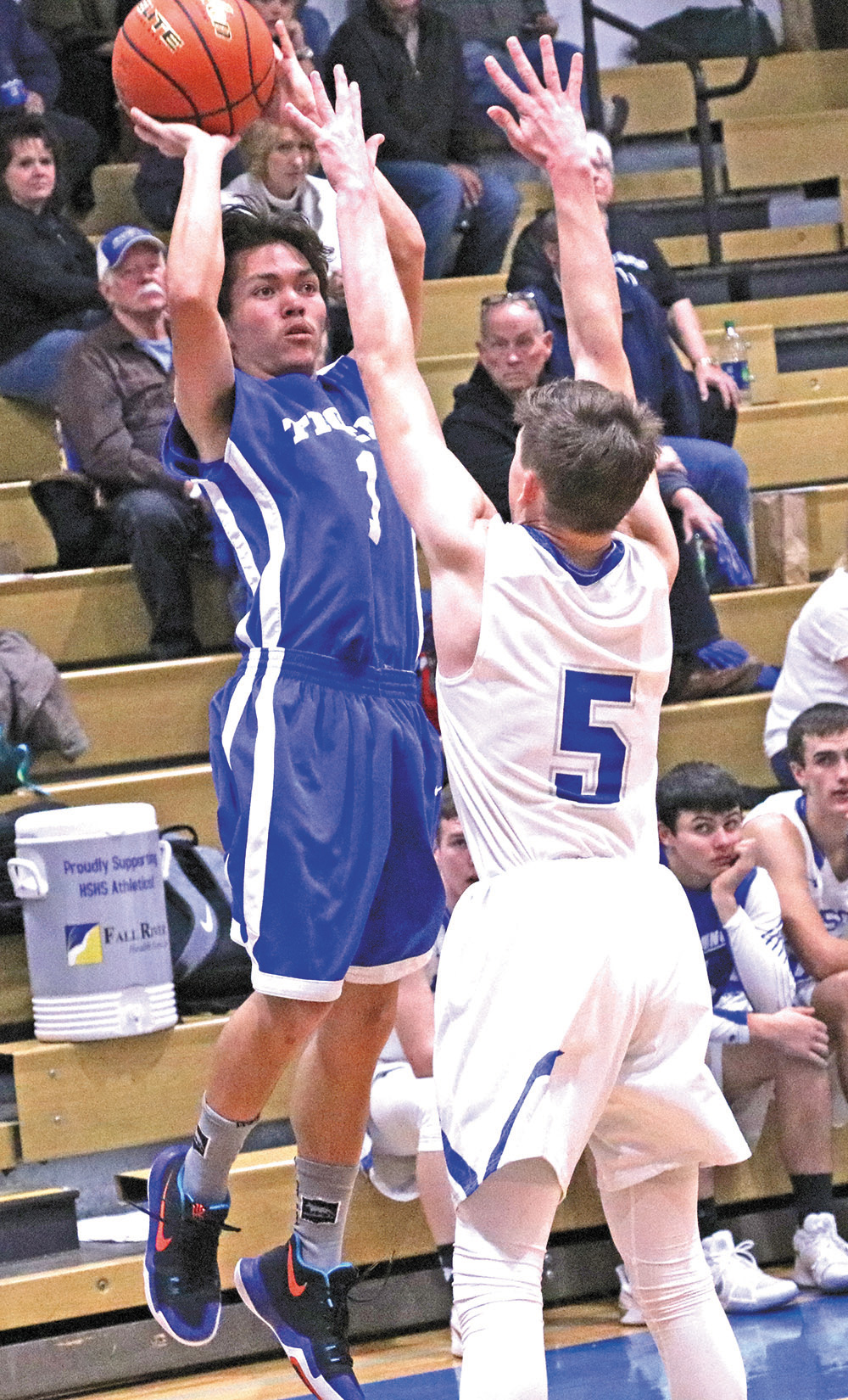 OELRICHS – The Oelrichs Tigers boys basketball team last week went 2-1 with home wins over both New Underwood and Crazy Horse, but a loss on the road to Rapid City Christian.

Last Thursday night at home versus New Underwood, the Tigers led from start to finish, ultimately winning by a score of 68-29, which Oelrichs head coach James Knutson said was a “really good defensive game.”

“We were struggling to put the ball in the bucket in the first half and only had an eight-point halftime lead, but the second half we really ramped it up and held them to eight total points in the half as we scored 39,” Coach Knutson said. “Every one of our guys got plenty of time and only one of our players didn’t score. We were able to stop our recent losing streak and really get back to our strength which is defense.”

At home again this past Saturday, Oelrichs defeated Crazy Horse by a final of 64-46, despite being down 12-11 at the end of the first quarter.

“We really came out with an emphasis on defense and I think that helped us pull away in the second half,” Knutson said. “When we play our best it is usually at home and when we are making the other team work for their looks which is what we did tonight. I think it felt good for us to get back to Class ‘B’ competition after playing some good Class ‘A’ teams. The guys did really well in working together and playing as a collective unit.”

Senior Chaz Swallow led all scorers with 28 points with teammate Nick Tobacco adding 16. Crazy Horse was led by Ben Chipps with 24 and Tristian Terkildsen with 10.

Earlier in the week on the road, Oelrichs lost to Rapid City Christian by a score of 29-65 in a game which had the Tigers trailing 14-39 at halftime.

“Rapid City Christian is a young but well coached team,” Coach Knutson said. “They don’t have a single senior on the team but they all play really hard and make a habit of forcing us to take tough shots. They looked to attack as well as hit the open looks when slowed down in the half court. It was good for our guys to experience an aggressive and disciplined team in their home environment and it is something we will build on. I am hoping our young guys can adjust to the pace and atmosphere in the future”

Oelrichs was led by Nick Tobacco with 10 and Chaz Swallow with 9. Rapid City Christian was led by Zane Schlabach with 16. Jack Roisum with 12, Ethan Wipf and David Greni each added 11.

This week, Oelrichs (8-4 season record) has only one game when they travel to Stephan to play Wakpala.

Oelrichs senior Zip Fast Wolf pulls up for a jump shot in a game played in Hot Springs earlier this year.