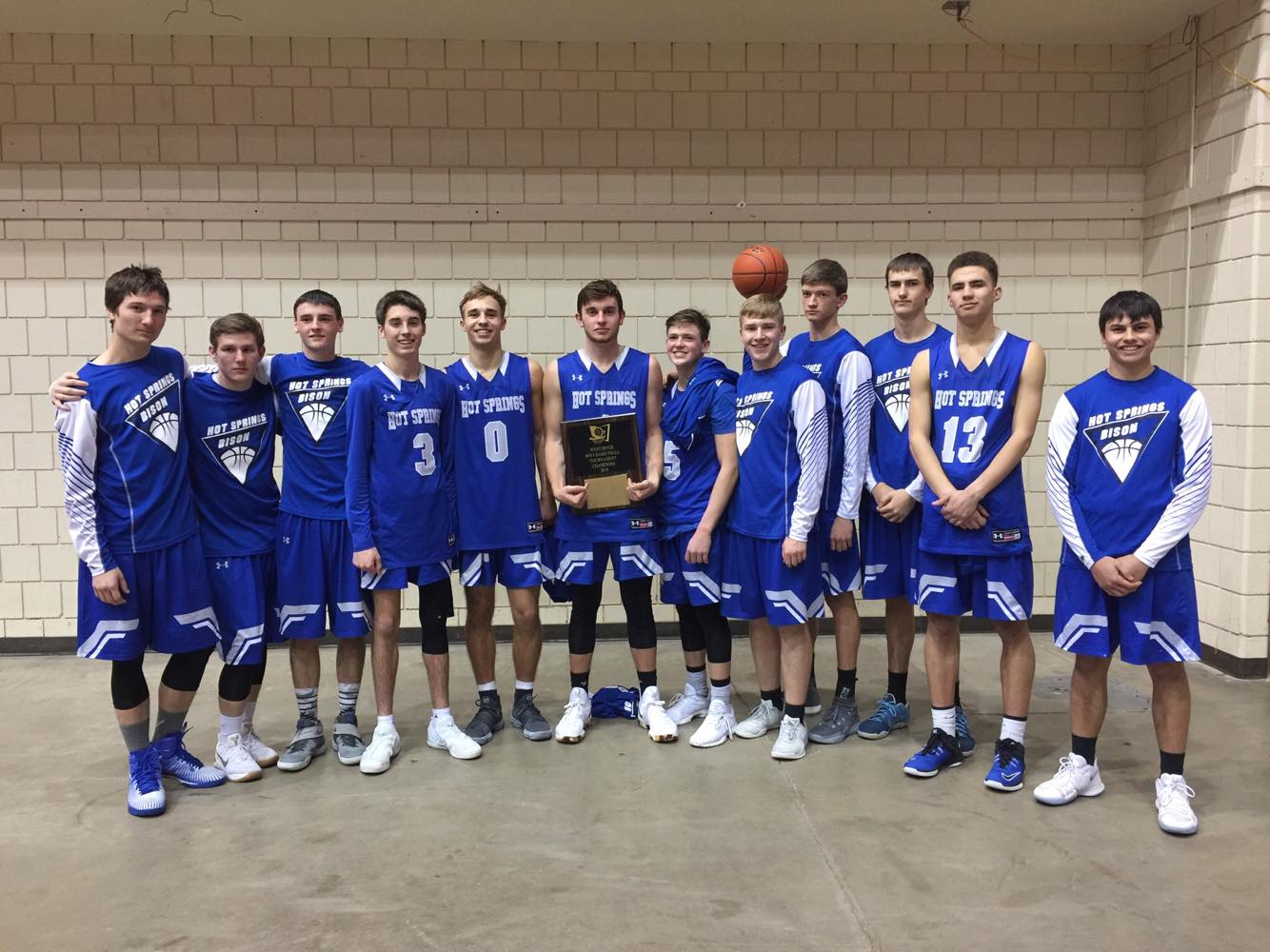 HOT SPRINGS – It was a good week for the Hot Springs Bison boys’ basketball team as they went undefeated to improve to 4-5 on the season, while also earning their second straight championship title of the West River Tournament, with wins over Edgemont, Wall and then Upton, Wyo., for the championship.

“Overall it was a good weekend of basketball,” said Hot Springs head coach Aaron Noteboom. “It is always fun to play in a tournament atmosphere and even better when you can win it.”

Hot Springs senior Logan Gooder was named the West River Tournament MVP by averaging, while junior teammates Kelton Harris and Logan Barndt were named to the All-Tournament team, with each player leading the Bison in scoring on different nights with games of 20-plus points each.

“Offensively the boys are starting to click, which I think can be seen through our scoring. In each of the three games, we had a different scoring leader and 8-10 players putting points on the board,” Coach Noteboom said.

“Defensively I thought we showed great improvements but still need to work on maintaining focus and carrying maximum effort into each and every possession.” 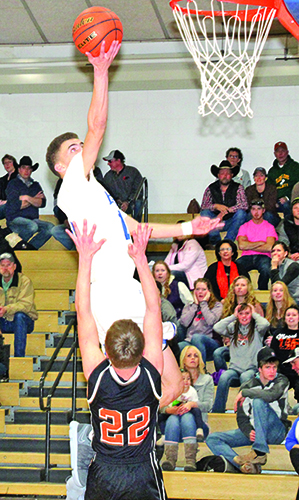 In the championship game played on Saturday evening in the Rushmore Plaza Civic Center in Rapid City, the Bison boys actually found themselves trailing 31-26 at halftime but then turned things up in the second half to pull out the 65-55 win.

Upton was led in scoring by Payton Watt with 16, Dillion Barritt with 14, and Jess Claycomb with 13.

The first two rounds of the tournament were played in Hot Springs’ Case Auditorium, as the Bison hosted Edgemont in the first round on Thursday, which they won by a score of 73-23. In the second round on Friday night, the Bison defeated Wall 78-36.

Versus Edgemont, the Bison dominated early and were up 44-13 at haltime before cruising to a 50-point victory. Barndt led the Bison with 20 points and four rebounds, followed by Alex Bilbruck with 11 points and a team-high nine boards. Matt Norton added nine points and three assists, while both Morgan Harkless and Gage Uhlir scored eight points each. A total of nine Bison got in the scoring column during the game.

Edgemont was led by freshman Caleb Simons with eight points and six rebounds, and Kaleb Darrow with six points and three assists.

In the Wall game on Friday night, it was Harris’ turn to lead the Bison in scoring as he put in a career-high total of 23 points, including going 5-for-7 on three-point shots. He was followed by Barndt with 14 points and five rebounds and five assists.

A total of 10 players again scored for the Bison, inlcluding Thane Lockhart with nine points and nine assists, Logan Gooder with eight points, and Morgan Harkless and Matt Norton, each with six points apiece.

Members of the Hot Springs Bison boys’ basketball team pose with their West River Tournament team championship trophy following a win over Upton, Wyo., this past Saturday night. Holding the trophy is senior Logan Gooder who was named the tourney MVP.