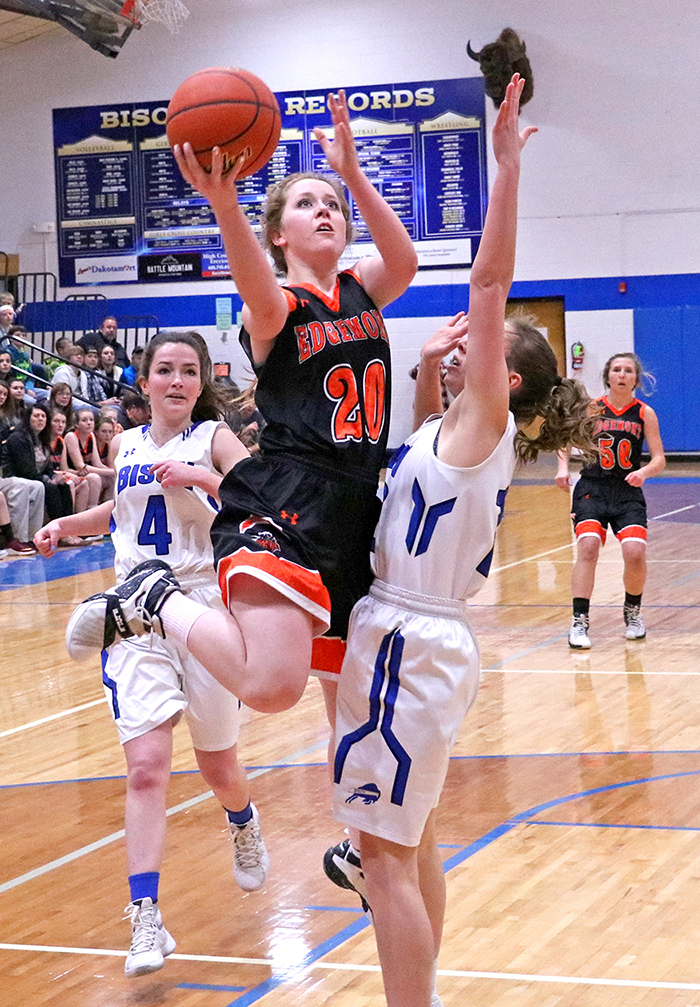 RAPID CITY – The Edgemont Lady Moguls earned a big win over Hot Springs last Tuesday night during the first round of the West River Tournament, but then fell in their next two games to place fourth overall as a team in the eight-team bracket.

In the opening round 41-33 win over the Lady Bison in Hot Springs, the two teams were knotted up 9-9 at the end of the first quarter and remained close through the first half, with Edgemont holding a slight 22-21 lead at halftime. Edgemont however pulled away in the second half to earn an eight-point victory, by a score of 41-33.

In Round 2, Edgemont faced another Fall River County school in Oelrichs, who defeated the Lady Moguls by a score of 46-39. Peterson again led the team in scoring with 17 points, followed by Van Eaton with a double-double of 14 points and 10 rebounds.

On Saturday in Rapid City for the third round, Edgemont lost to Moorcroft, Wyo., by a final of 56-32.

Edgemont’s Avery Van Eaton goes vertical to the hoop versus Hot Springs during the first round of the West River Tournament last Tuesday in Case Auditorium. Van Eaton would go on to be one of three Fall River County girls players named to the All-Tournament Team.