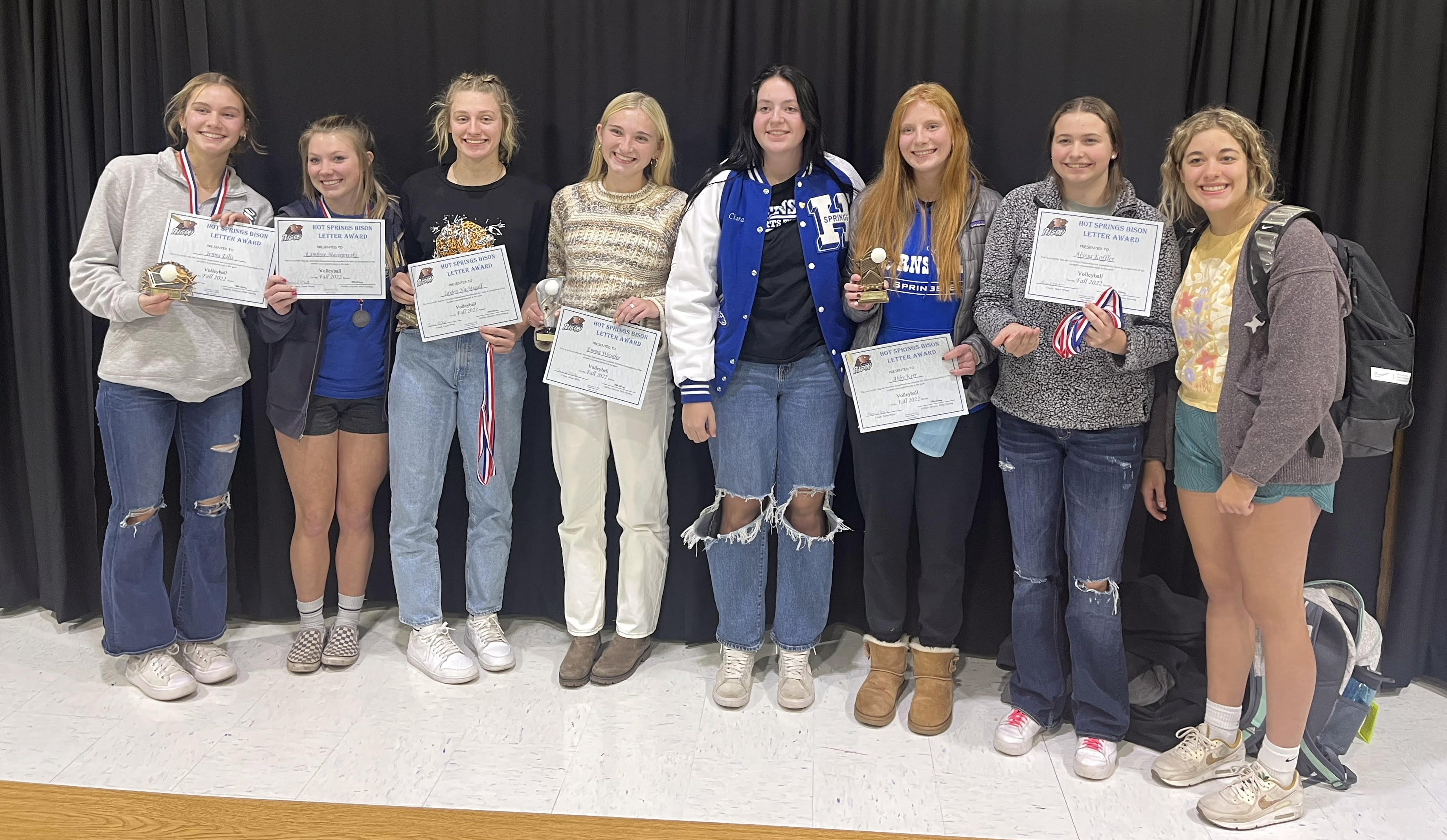 HOT SPRINGS – This year’s Hot Springs Lady Bison volleyball team earned the school its first back-to-back 20-win season since 2007, as they also nearly pulled off a win in the opening round of the Region 8A playoffs when they took St. Thomas More to five games but ultimately lost 2-3.

The team held its end-of-year awards banquet on Monday, Nov. 21, where it was also announced that Alyssa Koffler and Jenna Ellis each set new individual school records when Koffler earned 801 kills assists, which shattered the previous mark of 576 set by Heidi Beehler in 2006. Ellis meanwhile set a new season Ace/Serves mark with 98 which broke Randi Weiss’s record of 90 set in 2009.

Team Awards voted on by players included the following: