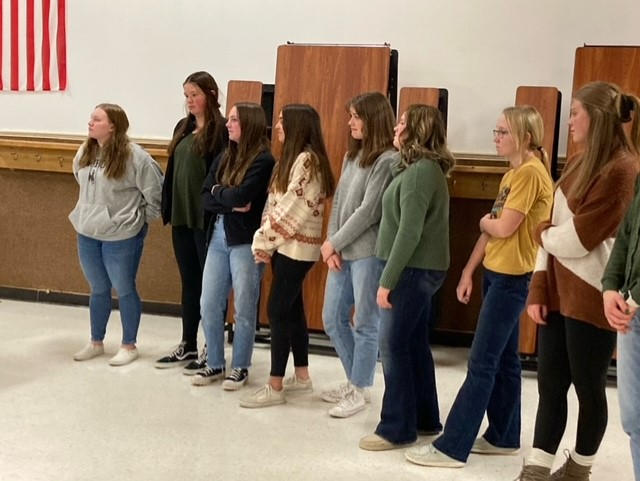 EDGEMONT – The Edgemont Lady Moguls volleyball team earned a 16-13 season record overall and nearly won an opening round playoff game versus Wall as they took the Lady Eagles to five sets but ultimately lost 2-3.

Recently, the team held its end-of-the-year awards banquet where letterwinners and other team awards were announced including a special recognition for senior Peyton Ostenson who was one of only eight players in the state of South Dakota to make the All-American Region 7 Team, which is comprised of the top high school volleyball athletes in North and South Dakota, Minnesota and Nebraska.

As part of the team’s statistical recognition, Peyton earned a total of 485 kills this season, which was the most in the state in any class during the regular season. She finished her high school career with a total of 1,320 kills. She also had the team best hitting percentage (.194) and best kills percentage (35.2).

Fellow senior Emily Schumacher had the team most assists (293); Hadley Hollenbeck had the most blocks (24) and Tavian Urban had the most digs (78).