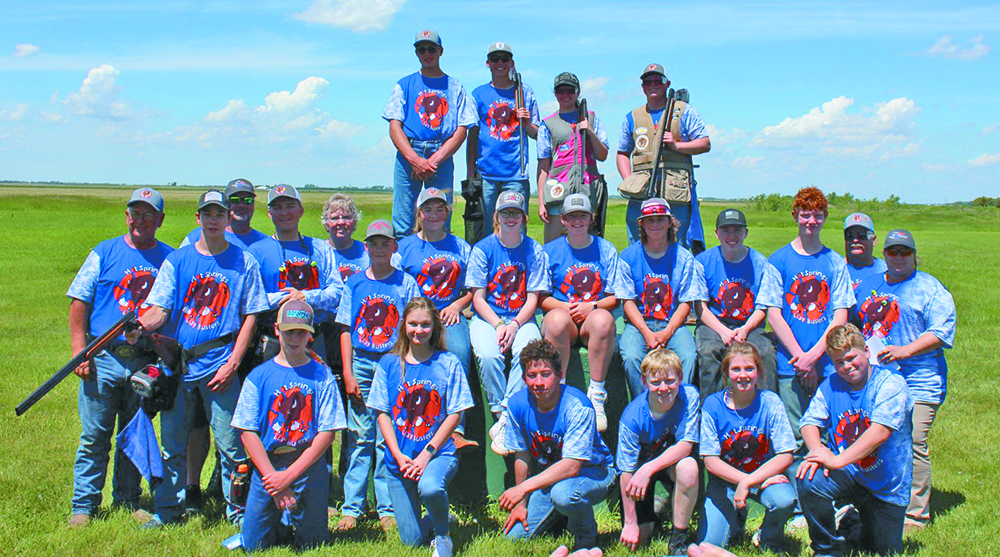 ABERDEEN – The Hot Springs High School Claybusters trapshooting team had a very successful spring 2022 season and an even better State Tournament this past weekend in Aberdeen.

According to a post on the Hot Springs School’s Facebook page, the team finished first in their conference and second overall at the state meet, and just one target shy of first place.

“An Amazing day!! Great weather, Great scores, Great food, and miles and miles of smiles!! THANK YOU to everyone that helped in any way. This is truly a group effort and it takes everyone to make it happen!

We only had 3 Novice shooters (season average <15), so we did not have a team score for them (need 5). As you will see later, they did great!

I have reported that we won our Conference previously. Our Co-captains accepted that trophy. Jena, Zetta, Ciara, and Matt all received individual awards for their top 3 finish in the conference.

We also got to present the ALL STATE patches. This is the award given to those with the top 100 averages in the state. 59 schools, 1417 shooters, a very select group and we had 7 of the 100!! Our recipients are: Matt Merrill, Jena Kopp, Kyle Sanders, Will Kuhl, Isaiah Cox, Remington Allen, and Terry Reetz.

Now for the individual tournament results. There were 372 shooters at the tournament, 129 varsity, 132 Jr. varsity, and 111 novice. The competition was keen and one target was the difference in many cases. 17 of the 19 Claybusters that attended the State Tournament shot above their season average. That is raising to the moment!!

The coaching staff could not be prouder of this team. There were so many little ‘moments’ that made this shoot special ( a great shot, helping a teammate, the comradery, etc). Smiled all the way home!