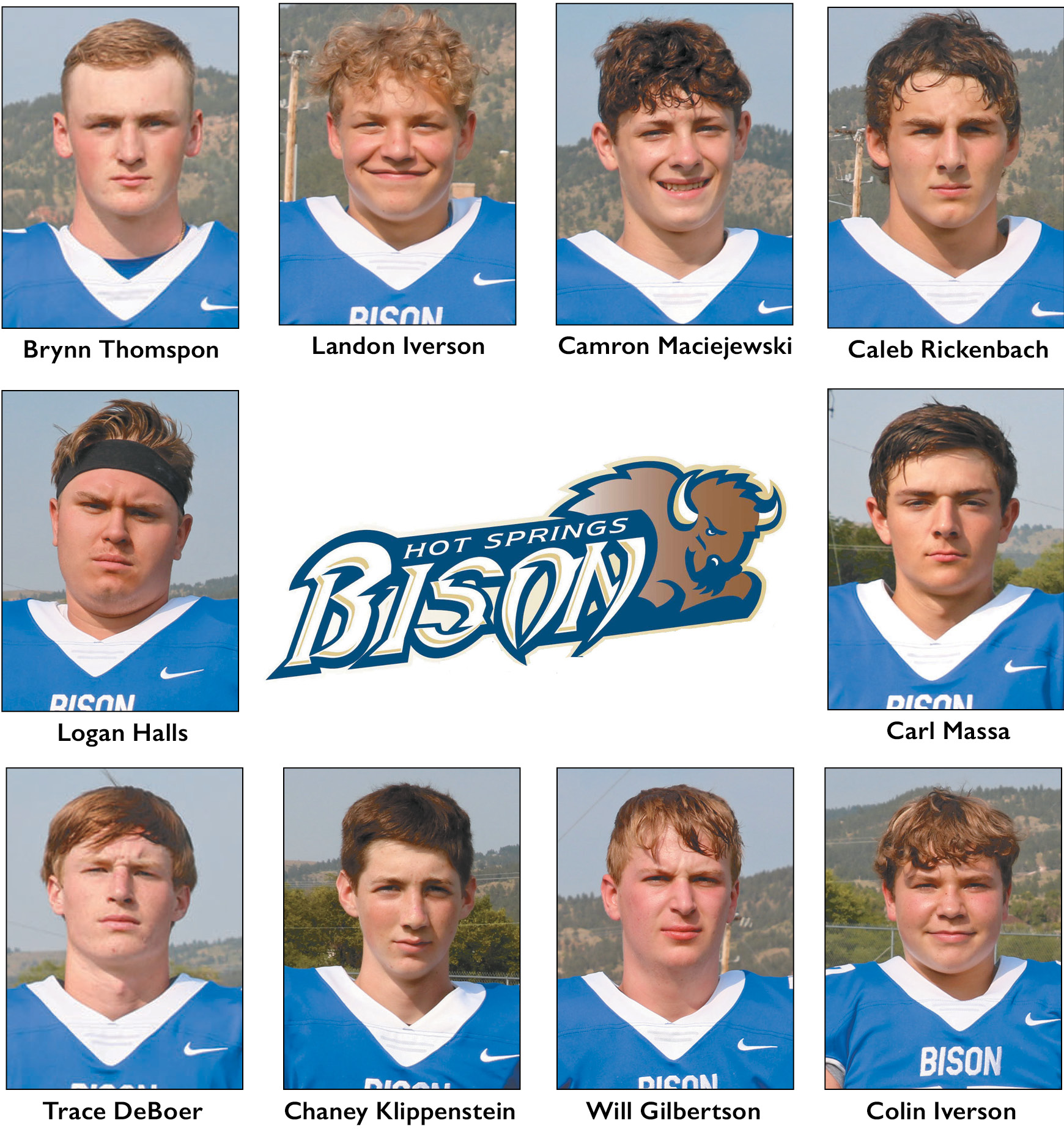 HOT SPRINGS – Following their 7-2 record during the 2021 season, the Hot Springs Bison football team held its end-of-the-year awards banquet, where many individual honors were presented.

In addition to a successful win/loss record, the team also accomplished a number of milestones including a Black Hills Conference / Crazy Horse Division title as well as a pair of team records including Few Points Allowed in a Season (14) and Most Shutouts in a Season (7).

Included in the individual honors announced at the banquet were also Academic All-State, which was given only to seniors with a cumulative GPA of at least 3.5. Earning this honor was Logan Halls, Brynn Thompson and Carl Massa.

Thompson was also named a Class 11B All State Linebacker.

Following is a list of the other honors presented during the banquet:

Most Valuable Special Teams: Will Gilbertson