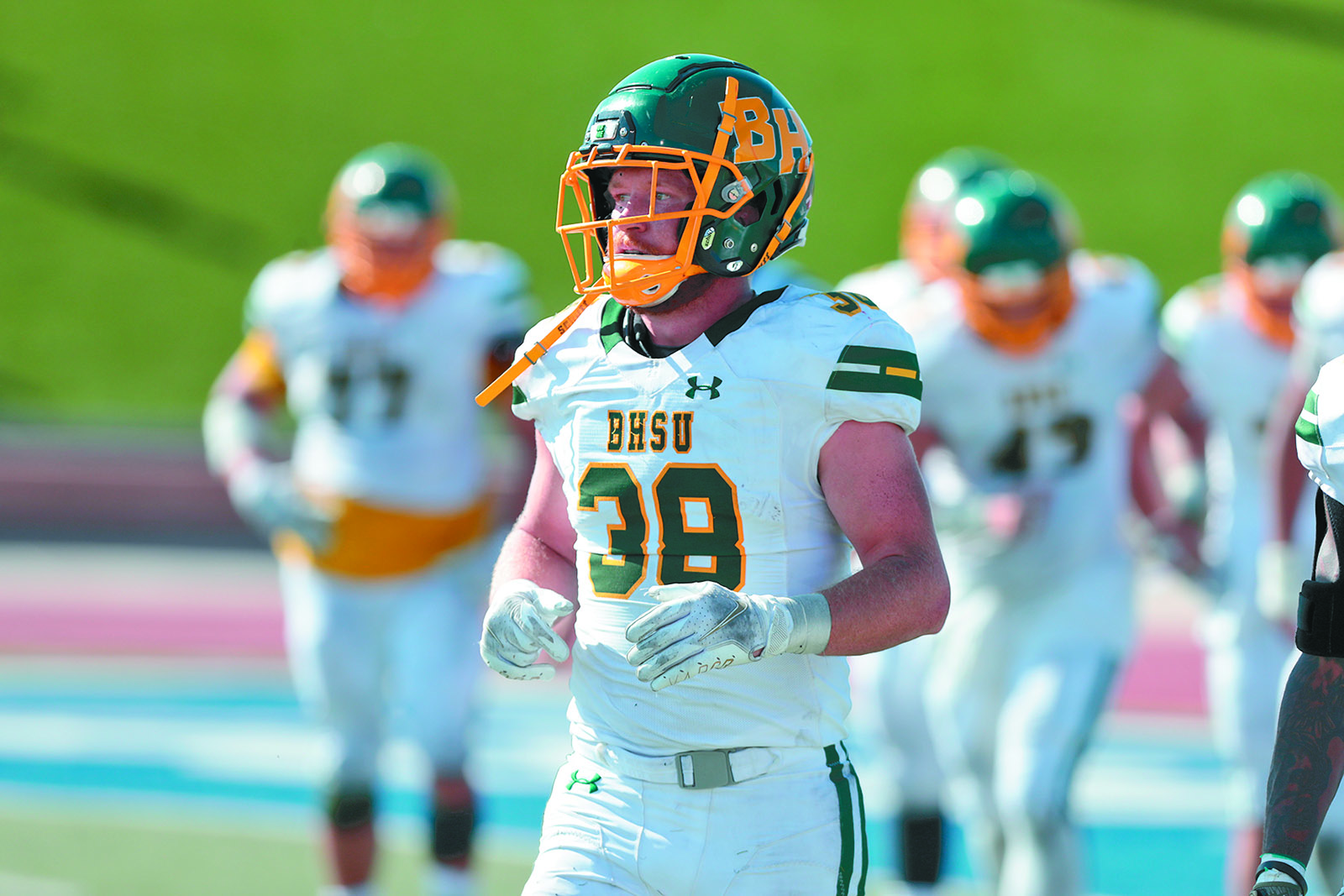 SPEARFISH – Lathen Stevens, a 2016 graduate of Edgemont High School, was chosen by his teammates on the Black Hills State University football team to receive the ‘We Over Me’ Award, according to Head Coach Josh Breske.

Stevens saw action on special teams (kick off and punt returns) early on and played cornerback for the majority of his career and played safety this year. He completed his undergraduate degree in Business Administration last December 2020 with his eligibility extended one year due to COVID 19.

Head Coach Josh Breske had lots of praise for Stevens.

“Lathan represents the exact type of player you’d want in your program,” said Breske. “He works hard, listens, cares, and is dependable. Lathan is the 2021 recipient of our We Over Me Award. He was chosen as so by his teammates and there is nobody more deserving. During the past four semesters, Lathen has been battling knee injuries but continues to practice and compete from week to week. At no point has he considered sitting out or skipping practice or weight training. Whenever we forced him to sit out of practice, he’d spend all of his time coaching and teaching the younger players in his position. Lathen chose to come back and play this final year even though he had the opportunity to graduate and be done with football and school. We’re honored to have coached such a fine young man and wish him the best in the future.”