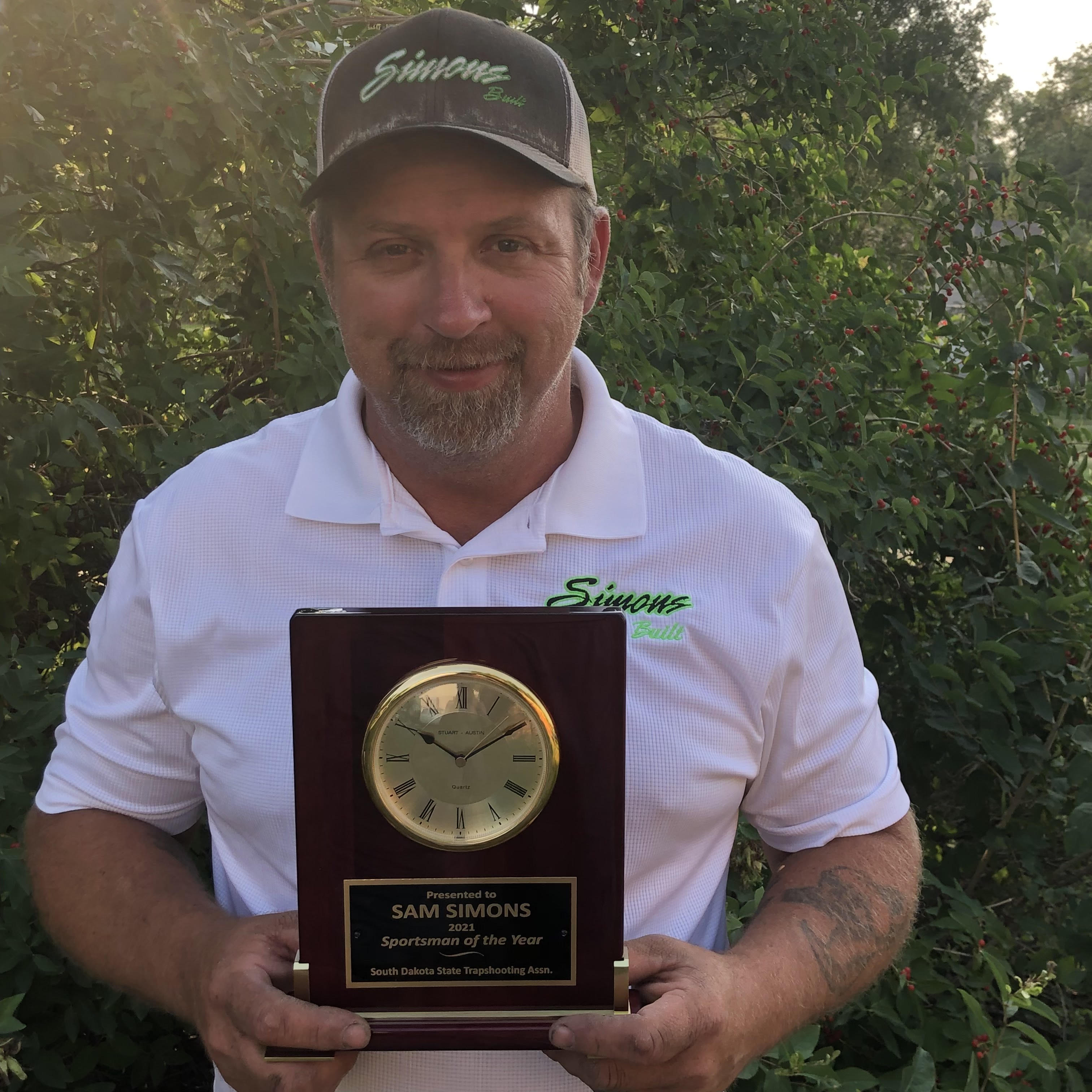 EDGEMONT – On Sunday, July 18, Edgemont resident Sam Simons was named South Dakota Sportsman of The Year by the South Dakota State TrapShooting Association on the final day of the State Trap Shoot. According to Greg Johnson, former President of the Rapid City Trap Club, the award is given to those who go above and beyond in the sport, particularly when it comes to helping others.

Johnson indicated that there were several observations of Simons involvement in sport shooting that contributed to his selection.

“He’s had a huge part in revitalizing the club in Edgemont,” said Johnson. “He’s promoted youth participation in Edgemont and Hot Springs. Also, he is encouraging of those who are just getting into the sport.”

Johnson’s praise didn’t stop there. “It was a pretty easy decision to make,” Johnson added. “He’s the first guy to show up at an event, and he’s always trying to help out. This is what defines him as a sportsman and as a person…not to mention he’s pretty good with a shotgun himself.”

Other qualities Johnson noted included Simons ability as a shooting coach, saying that he’s not afraid to tell you what you don’t want to hear. He added that Simons helped his competitors be better shooters, something not everyone was willing to do, and that in the end, he just wants everyone to do better.

“It’s easy to award somebody with humility, approachfulness, and that takes every challenge seriously,” said Johnson.

When his son and fellow shooter Caleb Simons was asked about his father being named Sportsman of The Year, he echoed some of Johnson’s compliments.

“Well personally, I think it’s really awesome,” offered Simons. “Personally, I feel that he was perfect for this award. Dad has made trapshooting a big part of our lives and it’s something he is very passionate about. Dad has always helped out at all the local trap shoots. He’s always there to help when someone is having a tough time shooting and its always there to give advice. His motivation for the sport is huge. He has turned the Edgemont Trap Club back around and has spent countless hours volunteering his time to help with the club.”

Johnson mentioned that Simons was elected this year as the Western Zone Director for the South Dakota State TrapShooting Association. Simons represents members of western South Dakota and officiates the organization’s sanctioned events.