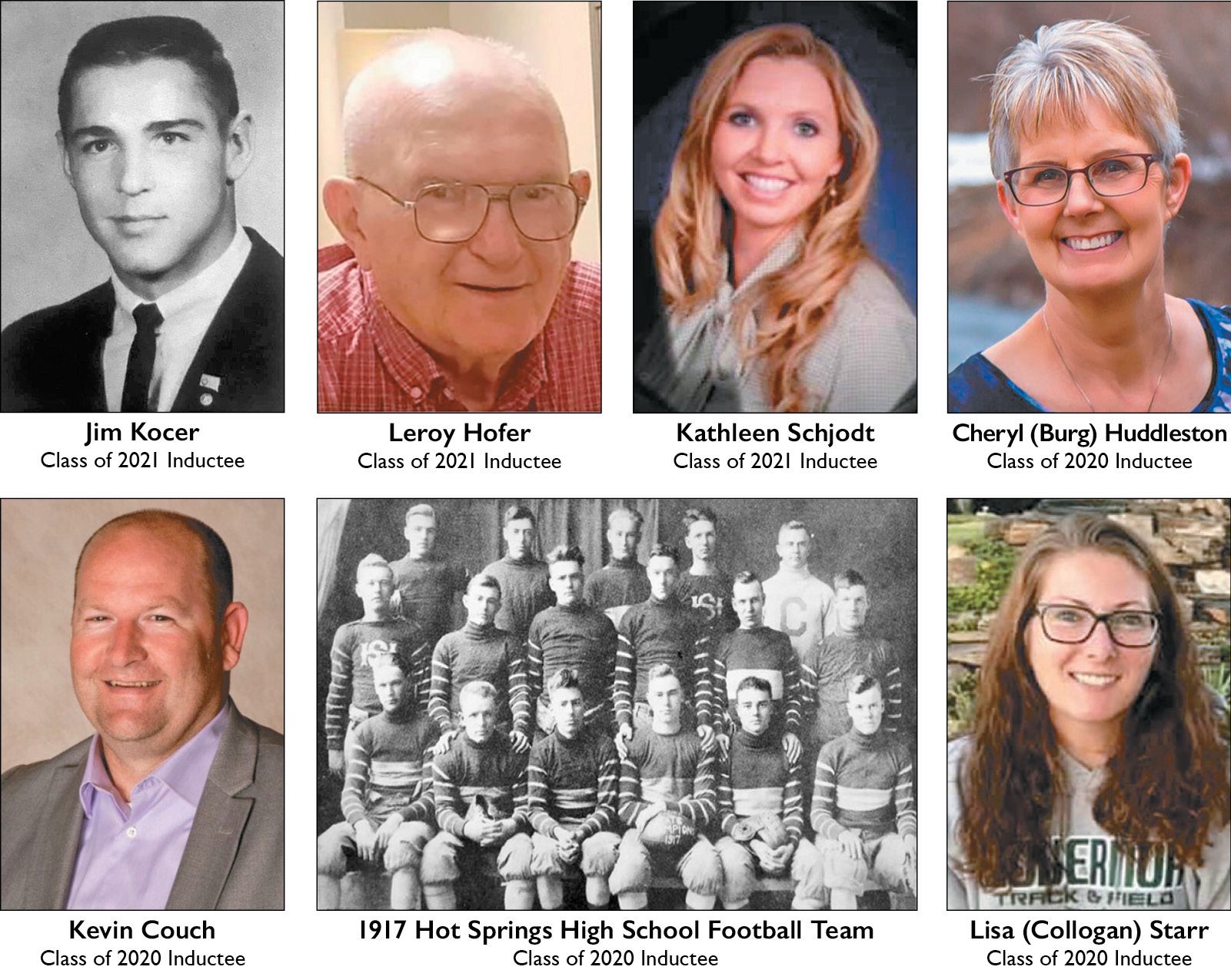 HOT SPRINGS – After a year hiatus because of the pandemic, the Hot Springs High School Bison Hall of Fame will induct two classes of inductees, representing six individuals and one team Saturday, Sept. 25 at the Mueller Center.

He helped lead the Bison to an undefeated and untied season his junior year in 1963.

In baseball, Kocer was an All Black Hills conference guard in basketball his senior year.

He received a full scholarship to play football at the University of Wyoming but suffered a complete tear of his ACL in 1966.

Schjodt was a five-year letterwinner in basketball for the Lady Bison, a four-time All-Black Hills Conference performer. The team’s leading scorer for four years, she finished with 1,211 career points scored. She went on to play basketball at the Air Force Academy and was the team’s top reserve as a junior and started every game as a senior.

In volleyball, she was a four-year letterwinner and three-time All-Black Hills Conference player. The Lady Bison qualified for state four times and she was named three times to the All-State team.

Schjodt was also earned three letters in track and field.

Hofer, who worked at the National Bank of South Dakota, became involved with community efforts in the late 1960s. He started the Quarterback Club, which would meet every Saturday morning during the school year at the Char Chief restaurant. All the coaches would speak of the activities from the previous week and upcoming events.

The Quarterback Club was essential in helping improve the quality of the student-athletes by raising money for weight machines, pep busses, upgrades to equipment and uniforms.

Hofer recently passed away at the age of 90.

Burg-Huddleston was an outstanding athlete in the late 1960s and early 1970s and later made her mark as a 30-year plus coach at Hot Springs. She was a head gymnastics coach, as well as an assistant track and cross country during the Bison’s state dominance in track and field and cross country in the mid to late 1990s. She was named the state’s assistant coach of the year in 1996 and 1997.

She was also an assistant girls’ basketball coach.

On the basketball court, Couch was a starter and led the Bison to the district and Black Hills Conference titles in 1996 as a senior, and also received the Sue Ann Big Crow Award as a senior. He also earned a basketball scholarship at Central Community College in Columbus, Neb.

Collogan-Starr is one of the most highly decorated track and field stars in Hot Springs High School history, winning four Class A individual state track titles, including the 100-meter dash, the 200 and 400 in 1998 and the 100 again in 1999. She also was the anchor leg of two state relay title teams in 1996 and 1997, as well as an eight-time regional individual champion.

Collogan-Starr was also a cross country all-state performer in 1996, 1997 and 1998. She later became a nine-time All-American at Black Hills State University.

She is the second member of the Collogan family to be inducted into the Hot Springs High School Athletes Hall of Fame, as her father, Gerald, was inducted in the inaugural HOF class for track and cross country in 2016.

For more information about the upcoming induction banquet on Sept. 25, check out the website www.bisonhof.com.