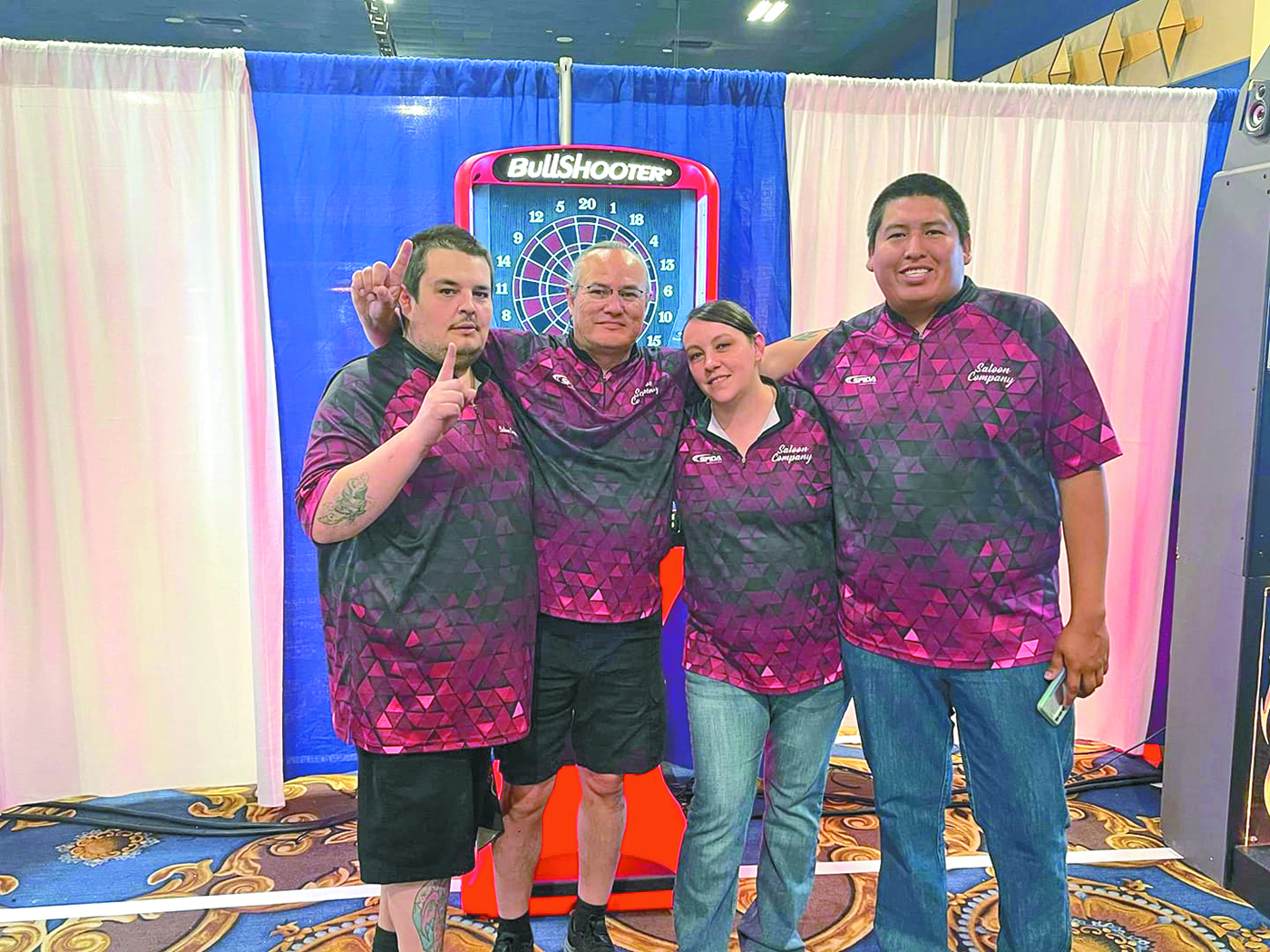 HOT SPRINGS – The Hot Springs dart team ‘Respect da Bull’ comprised of Rachelle Still aka ROTO, Brian Brings Him Back Jr aka Sky Daddy, Wendell Jay aka Jay and Jeremy Drapeaux aka Puffy took their combined talents and passion for darts to the 2021 Las Vegas National Dart Tournament held June 10th through the 16th bringing home some wins and some great experiences.

“I was really nervous about going,” said Still, who had only been playing darts for a few years, “but I love darts and I want to get better and the best way to learn is to participate in bigger tournaments.”

The team entered the tournament in December making the event a reality and thereby increasing the practice schedule.

Each member of the team not only bumped up their practice schedule but also continued to participate in local tournaments and compete on internet based and live grand boards with other players from around the world.

“There is more to darts than just throwing the dart at the board,” explained Still. The game includes not only skill, but math and specialized game tactics developed over time.

The Las Vegas event was held at the Westgate Las Vegas Resort and Casino and boasted 2220 competitors.

Jay and Still competed at level seven and placed 17 out of 64 teams.

Brings Him Back Jr and Drapeaux competed at level five and placed 9 out of 64 teams.

Brings Him Back Jr also placed 7th  in singles.

“I was really excited to be there,” said Brings Him Back, Jr. “I feel like I could have done better but I was happy with the outcome.”

Still felt she learned the most while competing in singles, relying on her own capabilities and understanding her weaknesses better.

“I learned I just need to practice more,” said Brings Him Back, Jr., “and not worry about what your throwing and just let it go; there is always the next round.”

The team sponsored themselves for this event, yet when they compete locally in the Southern Hills Dart League they are sponsored by the Black Hills Saloon in Oelrichs.