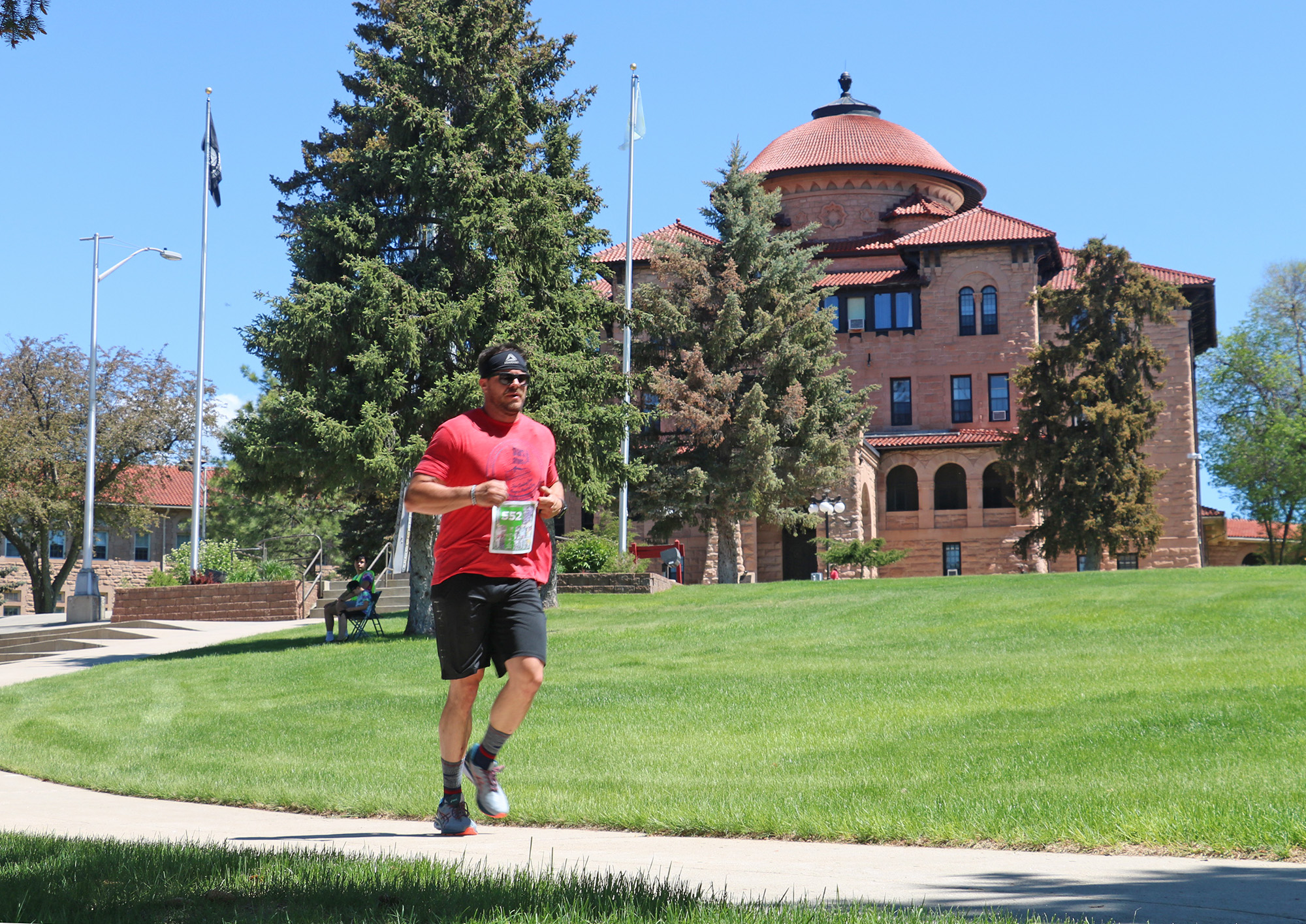 Justin Hooper competes in the 5K while running through the Hot Springs VAMC.

According to organizer Dusty Pence, the event was one of the most successful, despite some problems with the route signs which caused several of the half-marathoners to do extra miles, including male front runners Alex Nickelson and 16-year-old David Hubacher, who still managed to finish 2nd Male in spite of adding significant mileage to his total time.

Also participating were Abby and Ryan Skjoldal of Rapid City who carried 35 and 50 pound rucksacks respectively. They finished most of the half marathon before Ryan’s blisters caused them to drop out. Abby plans to be back in Hot Springs for the 9/11 Grand Stair Challenge, Pence said.

Following are the first place female and male winners in each of the three divisions. Full results are available at www.challengedakota.com/race-results