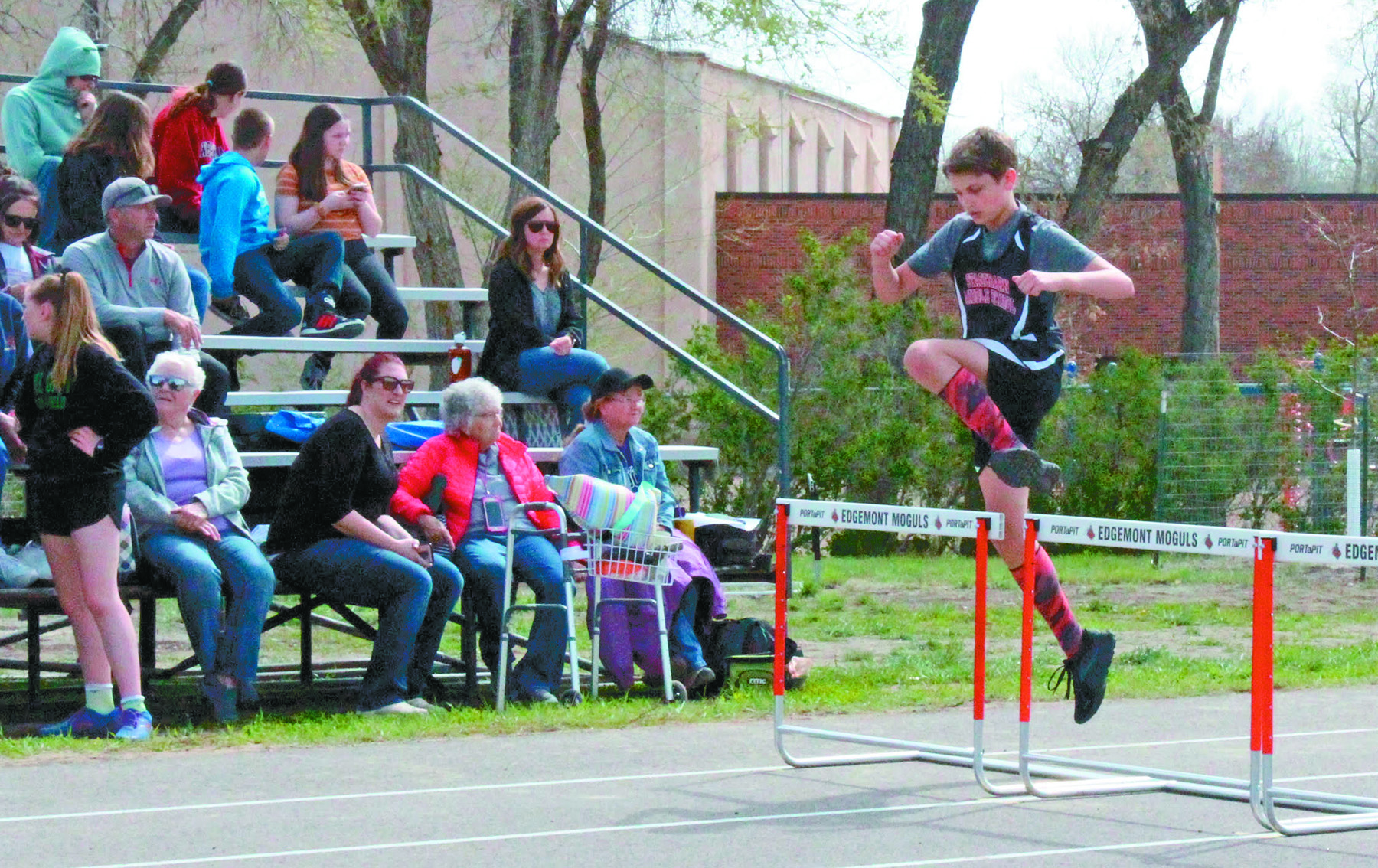 EDGEMONT – On Thursday, May 13, Edgemont School hosted a Junior High track meet on its newly constructed track at Cody Barker Memorial Field that was completed last year. The event attracted 315 athletes from 10 different schools on a day with weather that was tailor-made for a track meet.

Taking in the action were a number of folks who were instrumental in making the new track a reality including Kerry Barker, Carl Shaw, Tom and Peggy Porter, and members of the Tidball family.

“Pretty emotional day,” said Kerry Barker, Cody’s father. “Impressive to see that many schools and all those kids come out to compete.”

Tom Porter said in his high school days in the 1960s, they used an old grader to make a temporary track at the fair grounds. They only had enough hurdles for practice and lanes were rudimentary. You could hear the pride in Porter’s voice when he described what it was like to have a new track facility that could welcome multiple schools to come in and compete.

Edgemont participants shared their thoughts on being the first athletes to compete on the new track.

“It was nice having my last 8th grade track meet at home” said Talen Cortney. “It was really cool to be the first ones to compete on the track,” stated Tavian Urban. “It is awesome to look back and be the ones who started something new for Edgemont.”

“It was really exciting to see myself and my teammates do their best and have fun,” shared Katelyn Lauritsen.

“It was really fun to be a part in the first track meet at Edgemont in 20 years,” noted Hadley Hollenbeck. “We had lots of fun and we set lots of records.”

“I thank the volunteers that helped make this track meet happen,” said Serenity Flesner. “It was an overall great experience.”