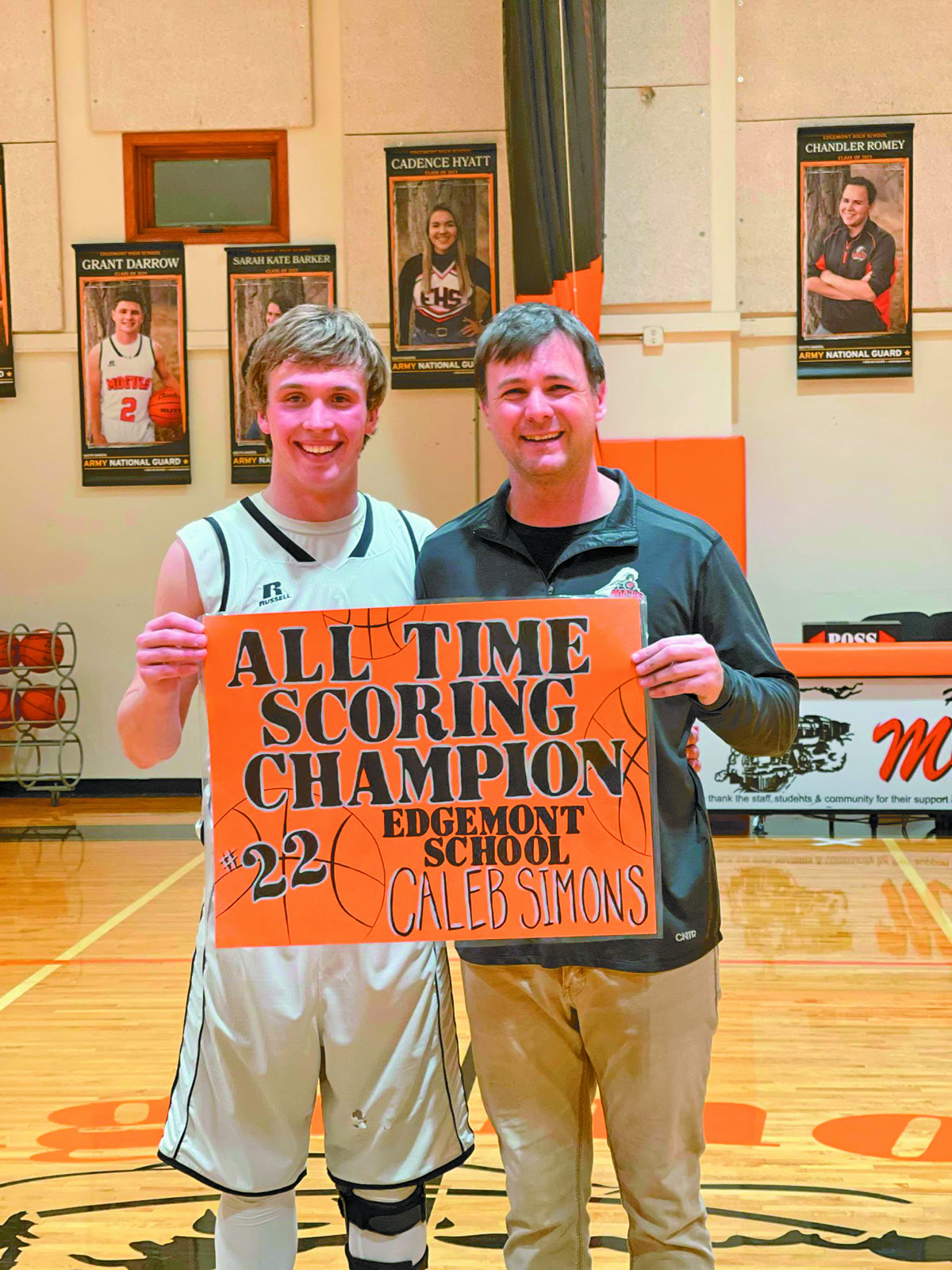 Since then, he added 23 points versus Wall and then 19 against Hot Springs to bring his scoring total to 1,612 and counting.

Head Coach Joey Martin said Simons was “one of the first kids when the record board went up (in 2017), that I caught really looking at it, and just thinking about what it would take to reach some of those goals.” And reach those goals, he did. Martin said that Simons has been very motivated to reach other goals, like steals and rebounds, and the scoring just came with it.

Martin also said that Caleb’s kind of scoring is “old school.” Simons isn’t much of an outside shooter; most of his points came from driving to the hoop and being able to finish and/or make his free throws.

As a freshman, Simons wasn’t sure if he would ever break a record. “My junior year, I knew I could beat Lathen’s record, but I didn’t think I would be the all-time scorer,” said Simons. He said that Lathen Stevens and Miles Englebert were athletes he looked up to on and off the court.

With another 25 points in the playoffs versus White River on March 2, Simons is definitely ending his high school basketball career on a high note.