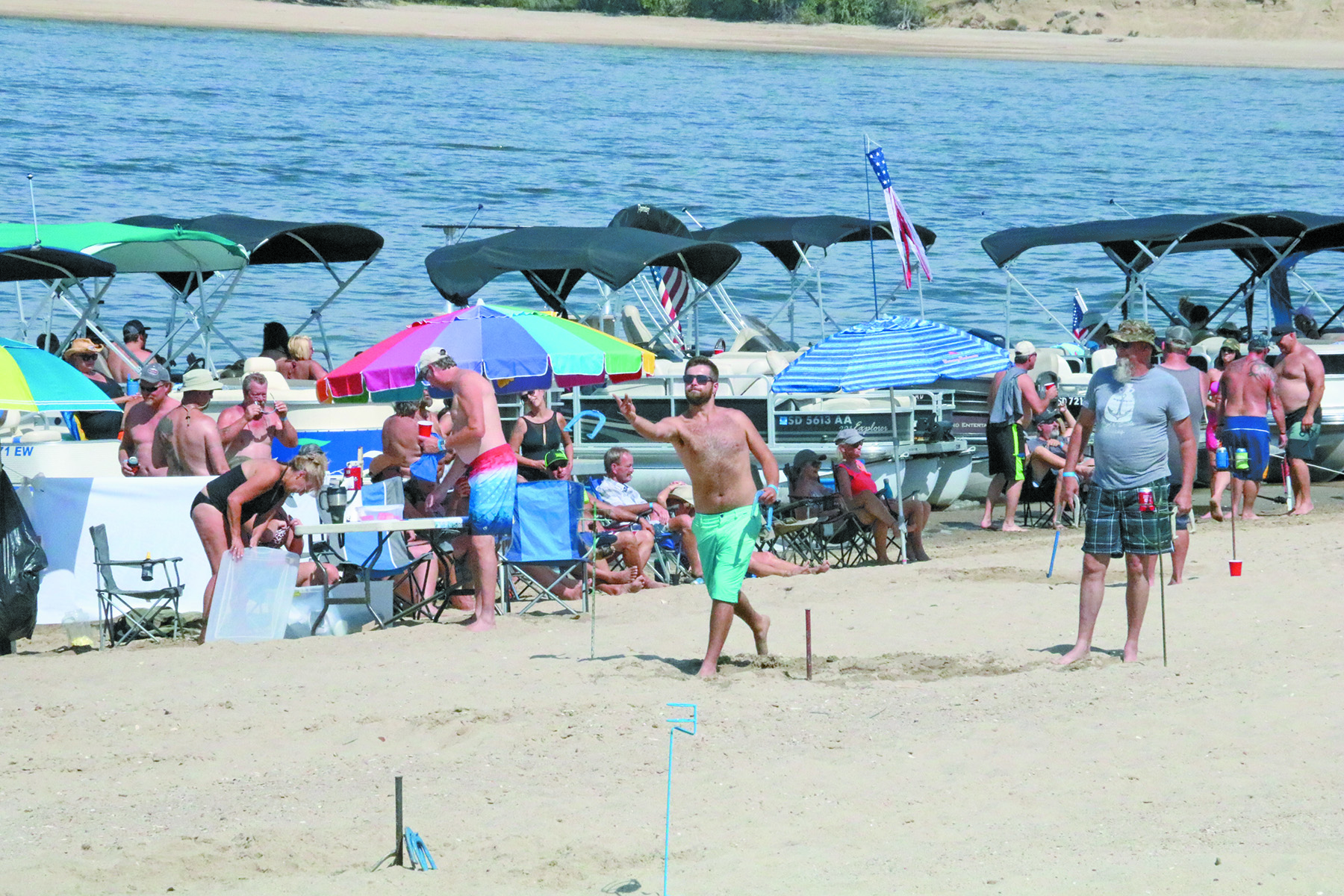 Pig Beach, accessible only by boat on the south end of Angostura, was abuzz this past weekend with people playing horseshoes and many others simply enjoying the water and sun.

ANGOSTURA – What started as a gathering of friends on the weekends at Angostura Reservoir to play some horseshoes eventually turned into an annual competition at Pig Beach on the Fourth of July. However, due to the fact that the water is oftentimes still pretty high on the beach in July, the competition was moved a few years ago to Labor Day weekend.

And this past Saturday, Sept. 5, that event celebrated its 20th year.

Organizer Jimmy Goeman, who lives at Angostura and owns AngoStorage, said the horseshoe tournament started in 2000 with 10 two-person teams, and this past weekend featured a total of 27 teams this year in a single-elimination competition. He said AngoStorage has always sponsored the event by providing the trophies and the food, with Fisher Beverage of Rapid City providing a free keg of beer for participants.

Each team pays just $10 to enter, with all of the money going to payout first, second and third place.

The 2020 winners were Jerry Roe and Steve Fenenga in first place, followed by Paul Sterkel and Don Huebner in second and Dar Voegele and JR in third place.

The various teams competed on nine different pits with everyone using the same kind of equipment, which Goeman purchased a few years ago to ensure a level playing field for all competitors.

A fun, additional component to the competition is a “traveling skunk trophy,” which Goeman said goes to the first person who gets skunked in game, which is when you go down 0-11 and immediately lose in the normal 21-point game. In past years, the skunk trophy is something competitors shamefully, but humorously, display as somewhat a badge of dishonor and are always more than happy to come back the next year and give it to someone else, Goeman said.