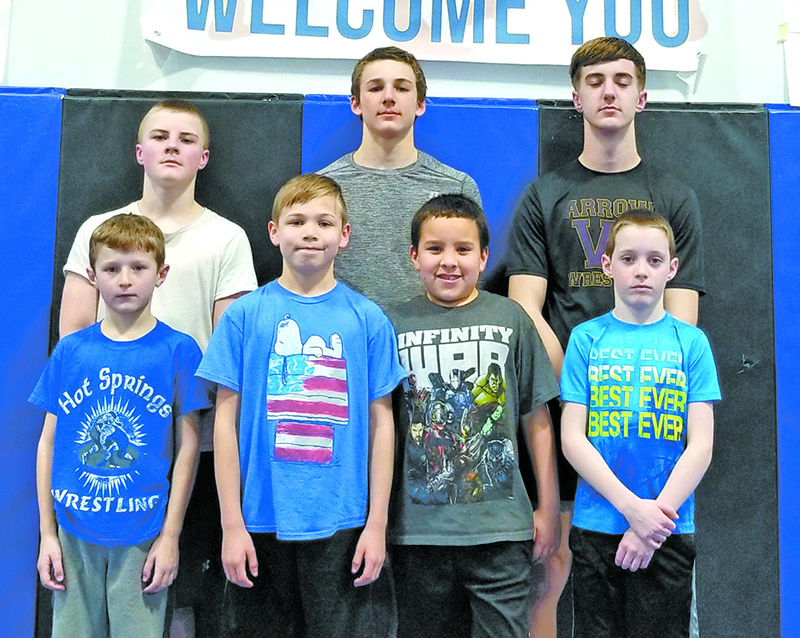 SPEARFISH – A total of seven local youth wrestlers qualified this past weekend at the Region 1 Tournament in Spearfish for the upcoming SDWCA/AAU State Tournament in Brookings on March 16-17.

Reineke won the Bantam 70 division with a 3-0 record including a 15-0 technical fall win over Coy Hoffman in the championship match. Schmit was the Bantam 83 champ with a 2-0 record after pinning Boady Inhofer of Sturgis in his finals match. Rickenbach meanwhile also went 2-0 in the Schoolboy 140 division including a 3:41 pin over Harrison Good of Sturgis in the championship.

Pellicotte was the runner-up in the Schoolboy 125 division after going 1-1 following a loss to Gabriel Dennis of Union Center.

Klippenstein also went 1-1 and placed third in the Midgets 56 when he defeated Oakley Beckett of Belle Fourche in the consolation championship. Bissonnette finished in third at Cadets 138 but had only one match, losing to Blair Blasius of Wall in the semifinals, 0-10.

In most divisions, a wrestler must place in the top-three to qualify, but this year, the Bantam Division of Region 1 qualified the top-four wrestlers which paved the way for Ringstmeyer to advance as well. He finished with a 4-2 record in a full bracket and placed fourth overall after falling to Eli VanderMay of Bennett County in the third place match. He advanced to that medal match by defeating Sutton Paris of the Rapid City Cobbler Kids with a 2:59 pin in the consolation semifinals.

Also qualifying for Regions from Edgemont was JJ Ostenson who placed fifth in the Schoolboy 125 division.