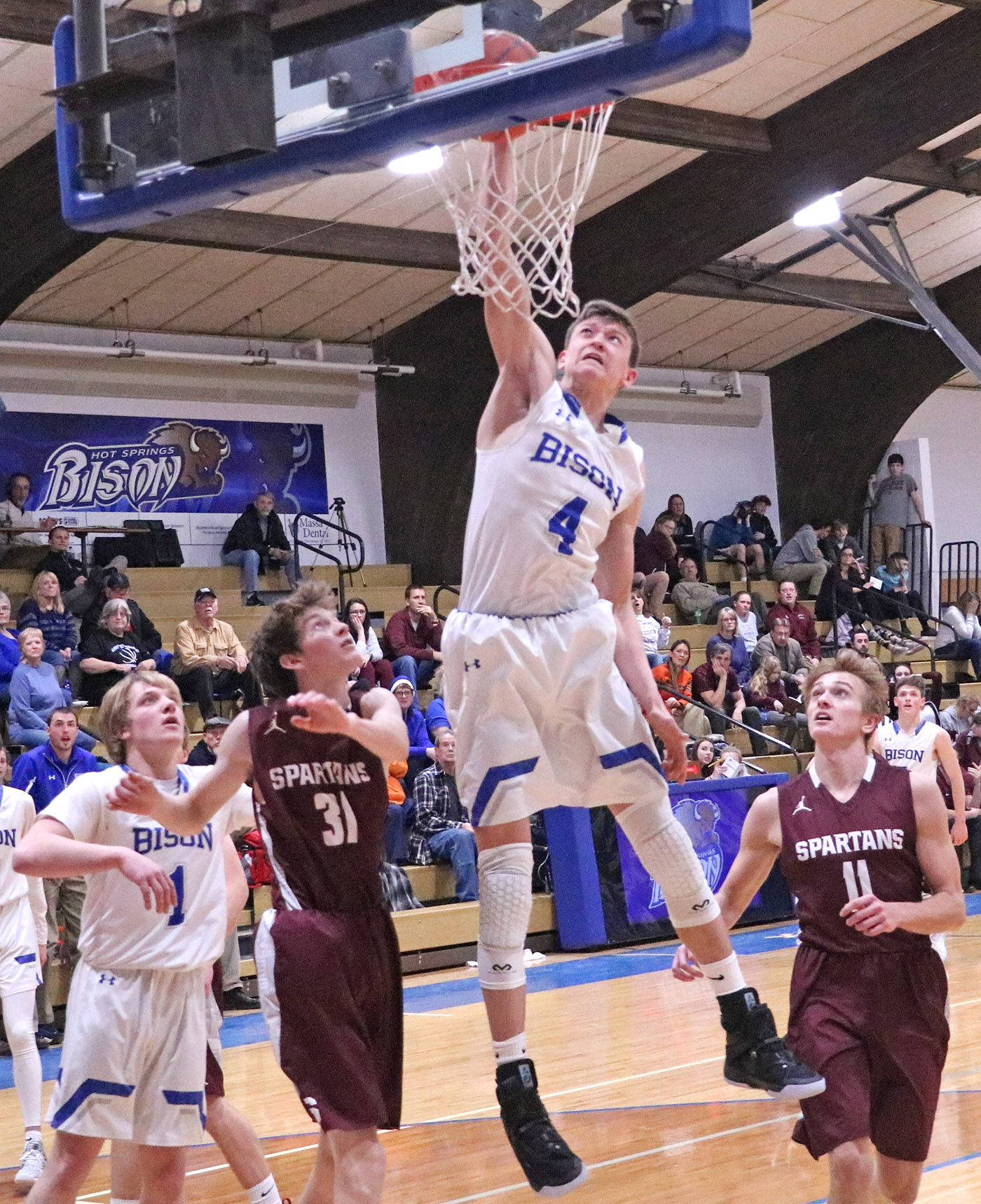 RAPID CITY – The Hot Springs Bison boys’ basketball team finished their regular season on a high note last week with two impressive wins to push their record to 17-3 overall. The team defeated Class “AA” at home last Tuesday night by a score of 81-42 and then took down a tough Rapid City Christian team (16-4 overall) by a score of 48-42 on the road last Friday night.

Despite getting off to slow start at home versus Spearfish, the team began to turn it on in the second quarter to take a 44-24 into the locker room at halftime. The second half saw the Bison improved on that lead thanks to five players reaching double-figures, led by seniors Matt Norton with 21, Thane Lockhart with 14, Andy Wendland with 12 and Kelton Harris with 11. Junior Alex Bilbruck also scored 10 while tying with Harris for the team-led in rebounds with eight. Lockhart completed a double-double with 13 assist.

This past Friday night, the Bison held the advantage of Rapid City Christian throughout the game, and were up 22-19 at halftime before earning the eventual six-point win.

Rapid City Christian was led by Zane Schlabach with 18 points.

This week, the No. 3 seeded Bison began their Region 8A postseason with a win at home versus 6-seed Lead-Deadwood on Tuesday night. They will now travel to #2 Rapid City Christian this Friday night with the winner going to the SoDak 16.