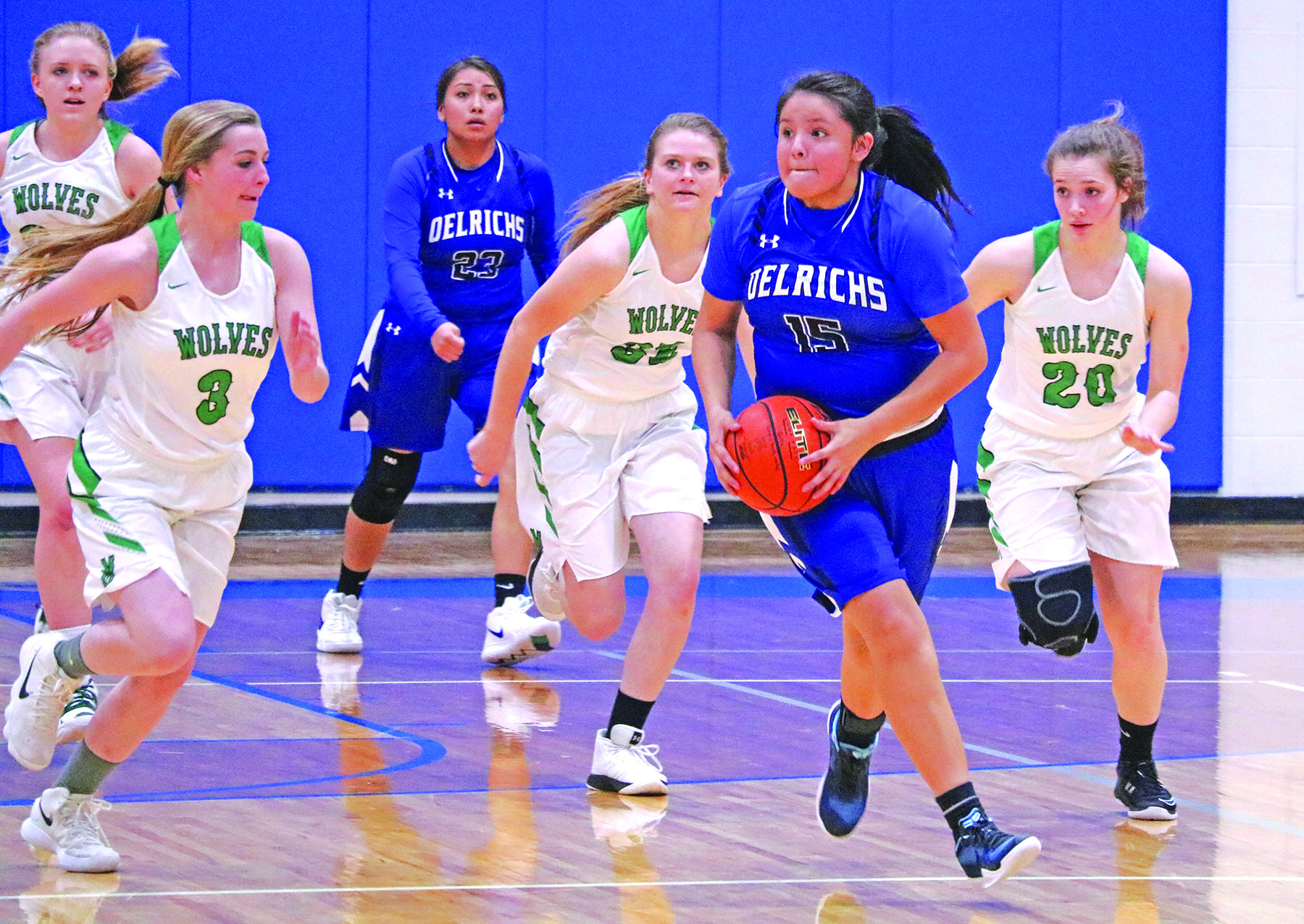 RAPID CITY – The Oelrichs Lady Tigers earned a 1-2 record in last week’s West River Tournament to place seventh overall after defeating Upton, Wyo., by a score of 58-49 in the final game at the Rushmore Civic Center on Saturday afternoon. The team however lost to Moorcroft in their first round game in Hot Springs last Tuesday by a score of 28-54, and then lost to Hot Springs in Wall on Friday by a score of 38-50.

“We struggled with our shooting percentage the first two games in the tournament,” said Oelrichs head coach Katie Bauder. “On Saturday we shot 40 percent from the field. The team worked together to get the ball up the court under pressure.”

In the earlier games versus Moorcroft and Hot Springs, Titus combined to score 21 points and grab 16 rebounds, as Little scored 12 and had eight rebounds in the two losses.

The Oelrichs girls are now 4-8 on the season and this week will host Rapid City Christian on Tuesday and travel to New Underwood on Thursday.