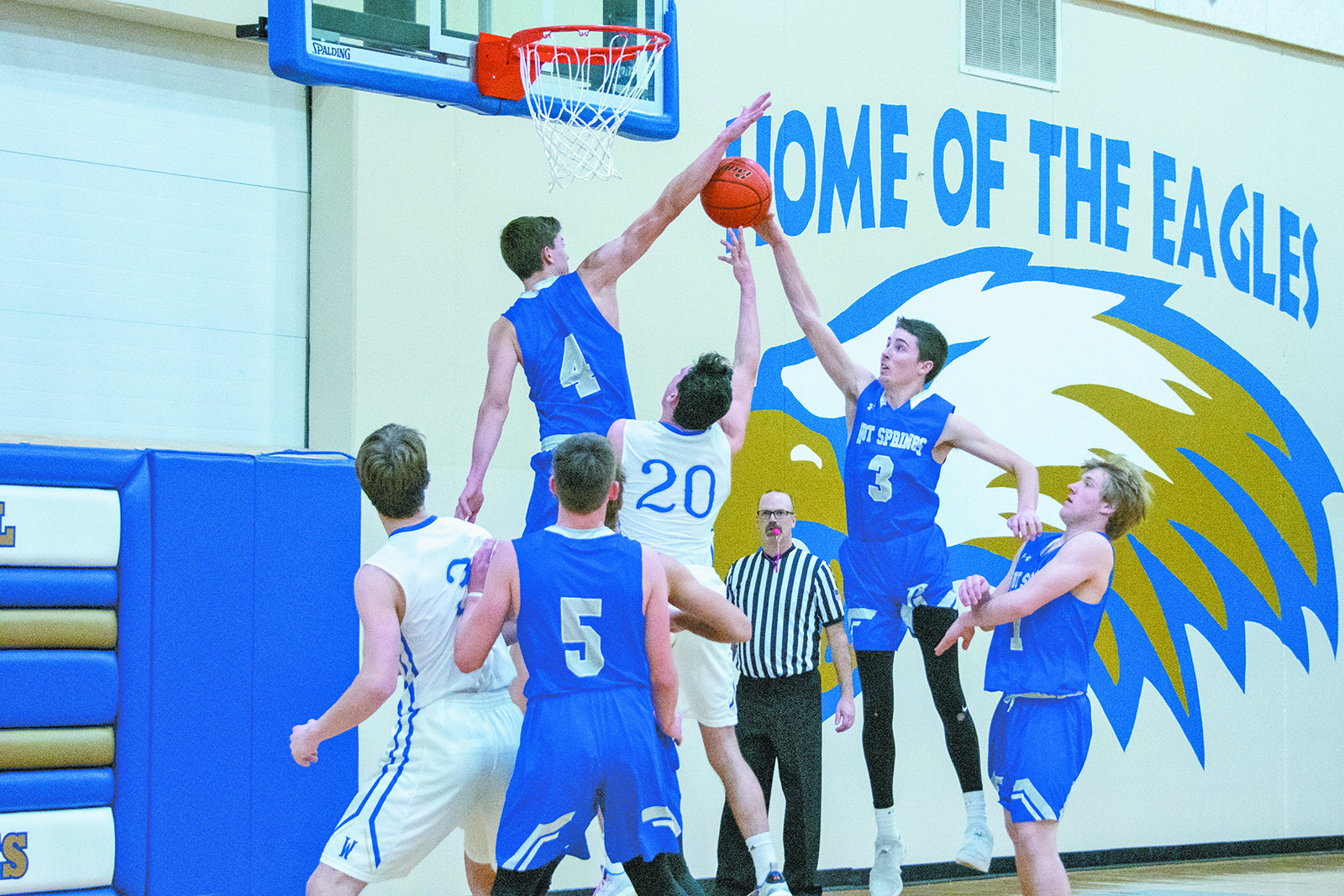 Down by three late in the fourth quarter, Hot Springs tied the game on a three-point basket by senior Matt Norton which sent the game into overtime. But in the extra minutes, Upton pulled away and won by a score of 69-63 to claim the tournament team championship.

Fouls played a large role in the game as four Bison players would ultimately foul out.

“Even though we didn’t take home the title this year and I am very proud of these boys,” said Hot Springs head coach Aaron Noteboom. “They played hard and left it all out on the floor. Upton is a good basketball team and they deserve all the credit in the world. They made a few more plays than we did, especially in overtime.”

In the championship game, the Bison had a trio of players in double-figures, led by Morgan Harkless with a double-double including a team-high 19 points and 12 rebounds. Norton and Thane Lockhart scored 16 and 13 respectively.

Upton meanwhile was led by Clayton Louderback with 22 points and 11 rebounds. The 6-foot, 3-inch senior was later named the tournament’s overall MVP.

Hot Springs would go on to have three players named to the All-Tournament Team including seniors Norton and Lockhart along with junior Alex Bilbruck.

“Playing in the West River Tournament is always a lot of fun and the boys were excited to get going after a long break from action,” said Coach Noteboom. “Overall, I thought it was a good three games of basketball for the Bison.”

In the tournament’s first round game played in Wall on Thursday, Hot Springs defeated Moorcroft by a score of 60-27, led by Norton with 16 points and Kelton Harris with 13. Bilbruck had a team-high eight rebounds.

In the semi-final game versus host Wall on Friday night, the Bison won 56-14 as Norton, Lockhart and Harris scored 13, 12 and 10 respectively while Bilbruck grabbed 11 boards.

“Defensively, we were very good at times but must adjust to how officials are calling the game and continue to play hard without fouling,” added Noteboom. “Offensively, I thought we struggled to shake off the rust from the break and find our rhythm. Moving forward we will focus on being more patient on offense and more disciplined on defense.”