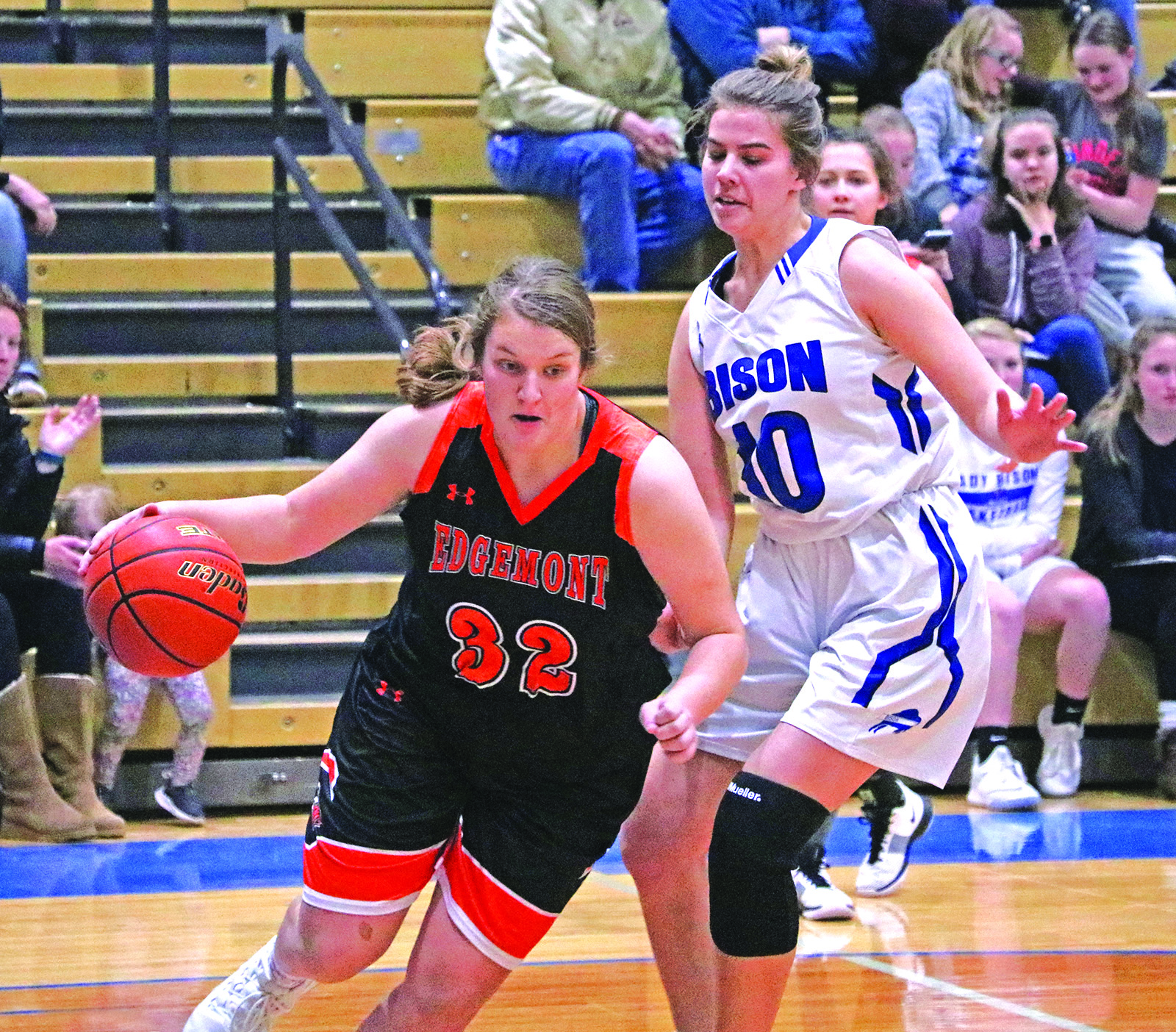 RAPID CITY – With wins over Hot Springs and Moorcroft in their first two games of the West River Tournament last week, the Edgemont Lady Moguls basketball team qualified for the Championship Game for only the second time in school history. But facing undefeated Faith in the finals proved far too tall a task as Edgemont fell to finish in second place of the eight team field.

“As coaches, we were very proud of this accomplishment,” said head coach Lane Ostenson. “Getting by Moorcroft who beat us by 22 points earlier in the season was a feat in itself. Faith was a great team. I thought we did a good job hanging in there in the first half. The second half was a different story. They outscored us 41-11. Faith is a great team that is going to go far in the post season - hats off to them!”

In the tournament’s opening round games in Hot Springs last Tuesday night, the Edgemont girls were dominant early on versus host Hot Springs and held the Lady Bison scoreless until nearly midway through the second quarter when the score was 15-2. Edgemont would eventually win 36-18.

“Defense and intensity were keys to game,” said Coach Ostenson. “I thought we came out ready to play; we were firing on all cylinders right from the start. Our defense was incredible and our offense fed off the defensive play in the first half. I felt like we had Hot Springs off of there game in the first half.”

In the semifinal game versus Moorcroft in Wall on Friday night, the Lady Moguls were hot early and held a 26-18 lead at halftime but then saw that advantage dwindle down the stretch. They however held on for a three-point 48-45 win that propelled them into the finals the following night.

“This was a battle from start to finish,” Coach Ostenson said. “We were able to grab the lead early and hold on to that lead until late in the fourth quarter. Moorcroft battled back and took the lead and our girls were able to stay focused and retake the lead at the end.

“Abby Tidball hit two big free throws with seconds left on the game clock to secure the three point lead. Maddie Peterson hitting five 3-pointers and the whole team adding in 17 points from the free throw line were the difference in this game.”

Maddie Peterson was the game’s high scorer with 21 points followed by Morgan Peterson with 10, Abby Tidball with eight and Lizzy Tidball with seven. Abby had a team-high nine rebounds with Lizzy grabbing six.

Both Maddie Peterson and Morgan Peterson were each named to the All Tournament Team.

Edgemont junior Lizzy Tidball drives the baseline while being defended by Hot Springs senior Bayley Ferebee during the first round of the West River Tournament in Hot Springs last Tuesday night.