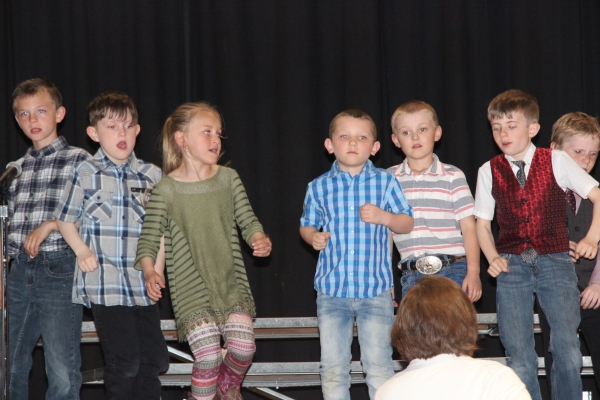 EDGEMONT - On Thursday, May 3, the Edgemont Elementary school presented their Spring music program, “Music All Over Me” and “The Adventures of Lewis and Clark” to a gymnasium packed full of proud parents and community members.

Directed by music teacher Suzanne Hollenbeck, the lower elementary classes performed several songs encompassing their theme, “Music All Over Me”. Those songs included, “Music All Over Me”, “March, March, March,” “Hand Jive”, “Sway”, and “Hop Til Ya Drop”. The kids on the stage exuberantly danced around to the songs, doing simple choreographed gestures to their upbeat music list.

The entire musical program started at 7 p.m. and lasted a little over an hour.

Scroll down to see the photo gallery!