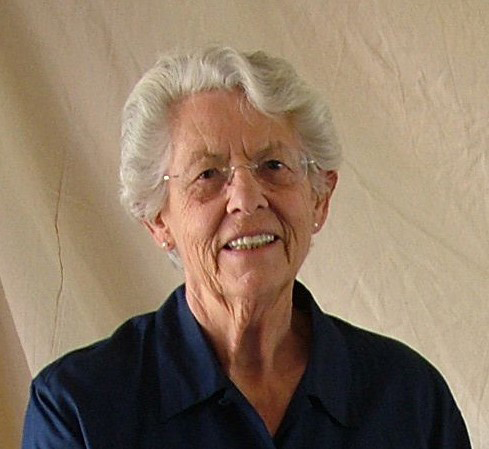 Born June 20, 1931 in New York State to Christina and Anthony Palmer, June attended Cortland State Teachers College, graduating with a major in Physical Education where she endowed a scholarship to support the Educating Champions Campaign.

June served as a First Lieutenant in the Marine Corps from 1953 to 1955 before relocating to Southern California to begin her lifelong role as a teacher. As a high school Physical Education teacher their for 32 years, she was a beloved friend, mentor, coach, and colleague, as well as a strong athlete.  June’s primary sport was field hockey, where she played wing; she was invited to join the Olympic team in the sport.

June’s career as a self-taught watercolor artist began in her fifties. Her work is in the permanent collection at the Mayo Clinic Women’s Health Center in Scottsdale, Ariz., and she had multiple one woman shows, winning awards such as the Salmagundi Club Open. Already a member of Women Artists of the West, June also became a founding member of Artists of the Black Hills after moving to Hot Springs in 2005. She won a South Dakota Art Council Artist Grant in 2008, which allowed her to complete a series of paintings of the Badlands. In addition to having her work represented in local galleries, including the Shaman Gallery in Hot Springs, Blue Dog Gallery in Lead, and Reflections Gallery in Rapid City, June taught watercolor classes, and donated art to a variety of organizations.

In her personal life, June offered the grounds of her home as a community garden where local residents grew flowers and fresh vegetables. Particularly interested in protecting and promoting animal rights, June was passionate about greyhounds and devoted her efforts to stopping their abuse as racing animals. She participated in a greyhound rescue adoption program and kept a number of greyhounds over the years. June loved classical music, international travel, and gourmet cooking, especially Asian and Italian cuisines. She was an avid reader, strong Democrat, and good friend to many who miss her dearly.

A memorial is planned for the spring and will include a retrospective of her work.

Donations may be made in her name to the Greyhound Project and remembrances can be left online at www.chamberlainmccolleys.com