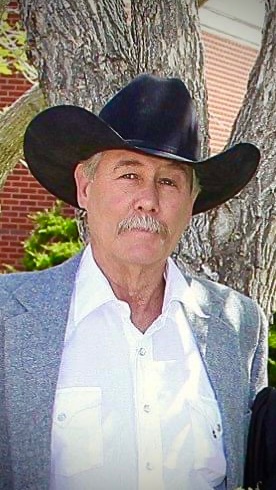 Howard Lee Muse, 72, of Pringle, S.D., passed away Wednesday, December 7, 2022, at his home surrounded by  those that loved him the most.

Lee was born January 24, 1950, in Colorado Springs, Colo. In his teens Lee left California and moved to Cimarron, New Mexico where he worked on the Philmont ranch and found  his love of cowboying. He later went on to Colorado to continue working on some ranches for Tom Trefney and Paul Kane in the Red Owl Canyon area near Wellington Colo.

In the late 1970’s Lee moved out  to Edgemont, S.D. where he worked for the railroad. He met his wife, Christine Clark in 1985. They were married on December 7, 1988, and settled down on a small ranch near Pringle where they raised two boys and a girl. Lee enjoyed spending time outdoors, fishing and hunting but his time spent cowboying drove his true passion for ranching.

In September of 2016 a little baby girl named Haizlee was born and quickly became the center of her papa’s world and his best friend. Lee was blessed with  three beautiful grandchildren and a great granddaughter that he cherished most of all. He was preceded  in death by his father, Robert Lee Knox; mother, Mary Alice Dulmge; brother, George Muse; and his son, Devon Sammons.

Services will be held in the near future.

Arrangements have been placed under the local care of Chamberlain McColley’s Funeral in Custer, SD.