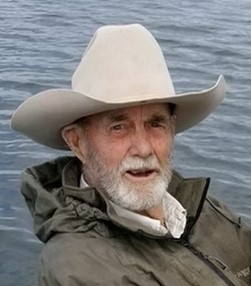 In January 1946, at the age of 17, LeRoy Sr. signed the papers so Roy could join the Navy. One week later, he was in training at the Naval Base in San Diego. After training he shipped out to Hawaii, was stationed on a tugboat, and then sent to Shanghai, China where he towed ships up and down the Yangtze and Wang Pu Rivers. He returned to San Francisco as a Seaman First Class on the USS Benevolent, and was assigned various jobs until his honorable discharge from the Navy in November 1947.

After his discharge, Roy returned to South Dakota, moved to Agar, and began working as a farm and ranch hand.

Roy met and married Carolyn Porter in April of 1955. From this union, five children were born. Thus began 24 years of farming and ranching in the Agar, Onida, Blunt and Canning areas.

In1982, Roy married Penny Olson, moved to Fairburn in 1990, and spent his remaining years building the ranch and home that he lovingly referred to as the “Hobby Ranch”. He was an active member of the Grace Evangelical Lutheran Church in Hot Springs, serving on the church board in various roles.

He is preceded in death by his parents, and one sister.