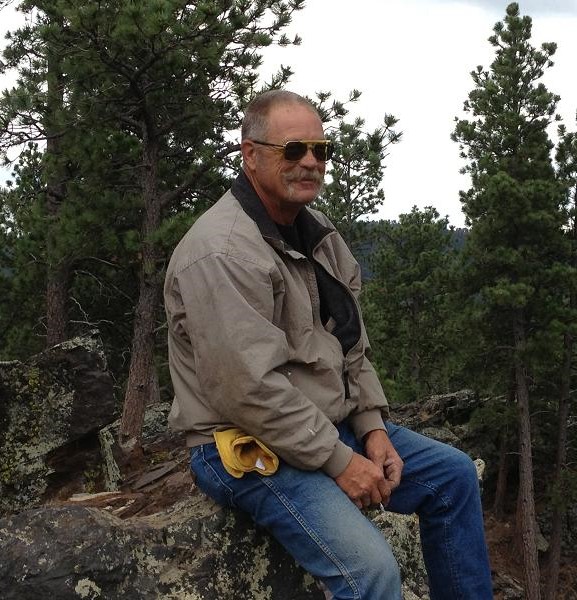 John was born September 28, 1954, in Ysleta, Texas to John B. and Dixie (Sautter) Cunningham. He graduated from Wheatland Union High School in Wheatland, Cali. in 1973.

After settling in the Black Hills, John met and married Jean in 1975. They were blessed with 3 children that were John’s pride and joy. Being a father was his favorite role in life and he was devoted to his children and loved them all dearly. In 2005, he married Patricia Galvin.

John worked many jobs in his lifetime, but among his favorite were substitute teaching and driving school bus, where all the kids knew him as “Uncle Fuzzy.” For the last 27+ years, John provided water services to the community. He always had a smile and conversation for his customers and a cookie for their dogs. He was a generous man that was always willing to lend a hand. John was a devoted volunteer fire fighter with the Argyle and Minnekahta Volunteer Fire Departments. He celebrated 50 years in firefighting in May 2022.

John was preceded in death by his wife, Patty and parents.

Memorial services will be held at 10:00 a.m., on Saturday, September 3, 2022 at Chamberlain McColley’s Funeral Home in Hot Springs.