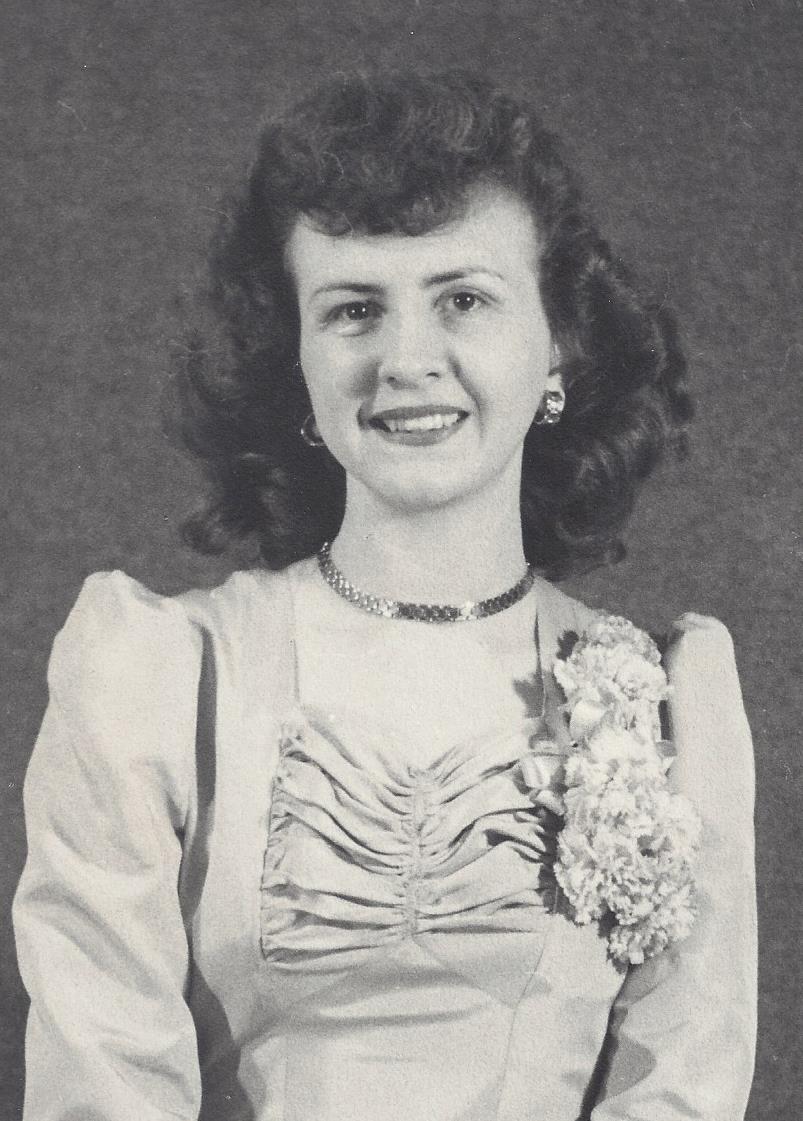 Virginia was born April 24, 1924 at Dewey, S.D. to James and Roseanna (Sieger) Parks. She moved to various places with her family until she was five years old, then to Hot Springs.

She attended Hot Springs schools and graduated as valedictorian in 1942. After graduation she went to work at the Black Hills Ordnance Depot (Igloo). She worked as a typist, then later became the colonel’s secretary. She worked also as a teacher’s aide in the Edgemont Elementary School for several years as well as in the office at the high school.

Virginia married Bob Tubbs April 30, 1949 and they lived in Edgemont, S.D. Three children were born to their union:  Shelley, Mark and Nancy.

She loved reading, doing crossword puzzles and was a devoted and loving mother and grandmother. She made delicious chocolate chip cookies and angel food cake. She provided food for brandings every year and enjoyed visiting with the people who helped with the annual get together. Holidays were always special times for the family because of her.

Virginia belonged to the United Church, where she taught Sunday school and Bible school, Eastern Star, where she served as worthy matron and the American Legion Auxiliary.

Virginia was preceded in death by her parents; her husband, Bob; her brother, John and son-in-law, Pat O’Connor.

Special thanks to caregivers, Trish Hair, Clovia Barndt and Victoria Carlin and the staff at Seven Sisters Living Center.

Funeral services for Virginia will be held at 1:00 p.m., Friday, September 2, 2022, at Edgemont United Church in Edgemont with burial at Edgemont Cemetery.

In lieu of flowers, a memorial has been established to the Edgemont Ambulance Service Fund.

Arrangements have been placed under the local direction of Chamberlain McColley’s Funeral Home in Hot Springs, S.D