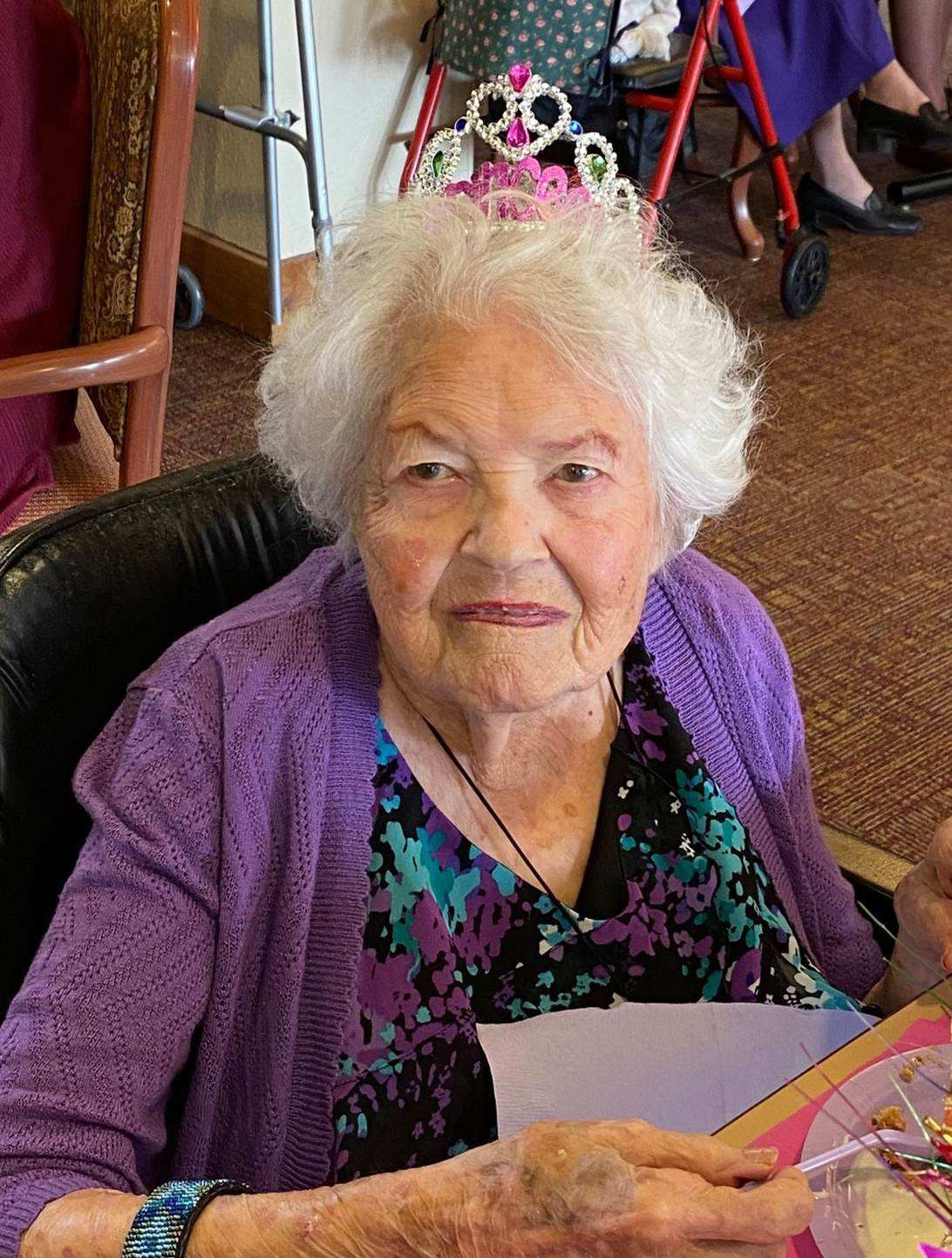 Margaret Jean Nofcier was born August 24, 1919 in Merrimac, Wis., to William and Eulala (Boatwright) Nofcier, the first of two daughters.

A curious over-achiever with a passion for learning, Margaret skipped a grade then begged her father to let her start college early. When he refused, she kept herself busy by joining every single club in the school. Margaret enrolled and graduated from a 3-year RN program, became a registered nurse, then earned a BS degree from Asbury College.

During her final 2 years at Asbury, she met husband-to-be LeRoy H. Lewis, a Divinity student at Asbury. They married on her graduation day, and seven years later daughter Linda was born. Margaret worked in hospital nursing in her early marriage, LeRoy joined the Air Force Chaplaincy, and daughter Barbara was born 2 years later. Son Roy came along during a rotation in Germany 7 years later. Margaret and LeRoy were married nearly 35 years.

Margaret loved travel and enjoyed all 7 of their Air Force Assignments. When Roy was 12 she returned to work teaching nursing at the local university, then decided to earn a master’s degree. After her husband retired, Margaret wrote and received a grant, and earned a  Master’s Degree in Psychiatric Nursing. Linda and Barbara, themselves in college at the time, and Roy were proud but not surprised by their mother’s success. Soon after, Margaret, husband, and son moved to Keystone Heights, Fla.

In Florida, Margaret was a college nursing instructor, then worked in mental health centers until retiring in 1983, when she moved to Alaska to be near children and grandchildren. After 28 years, and in pursuit of assisted living, Margaret relocated to Hot Springs, S.D., to be near daughter Linda, where she lived for 6 years, celebrating her 97th-102nd birthdays at Pine Hills.

Margaret was beautiful in spirit and person, generous and kind, intellectual and fun-loving. Most of all Margaret was a Christian from childhood and loved the Lord, teaching her children and others about Jesus and living in His presence her entire life. Margaret showed love and kindness to everyone, extending it especially to those who had no one to love them.