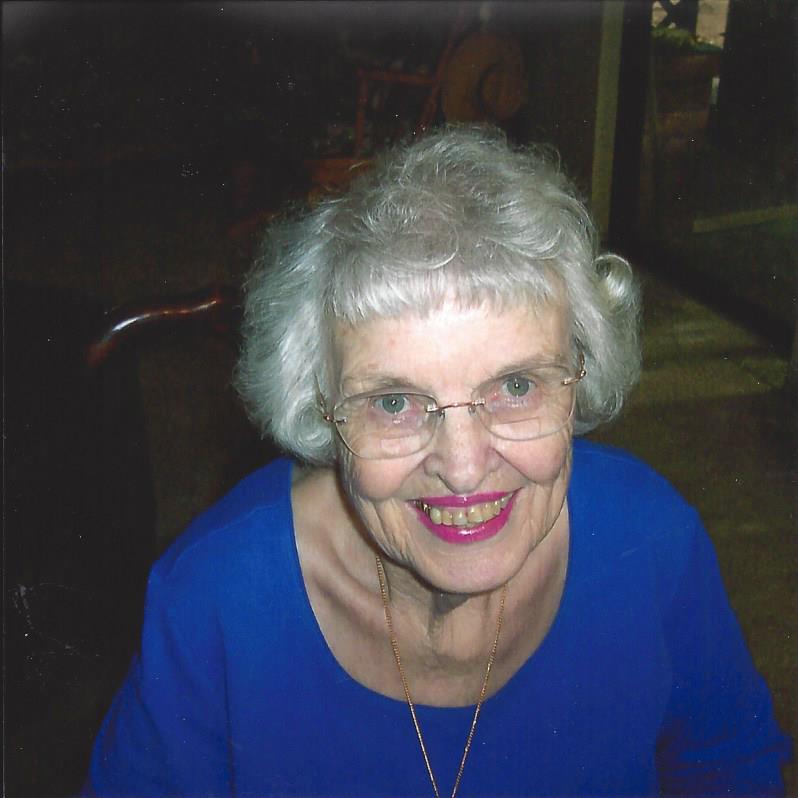 Marian (Wing) Coberly was born on Wednesday, July 24, 1935 and died Friday, February 18, 2022. She was born and raised in the small railroad town of Edgemont, S.D., located in Fall River County. Marian is the daughter of Wilber and Dorothy (Lawler) Wing, and she was raised in a close-knit family along with her 3 siblings: Louella, Vernon, and Ronald.

During high school, she was a member of the glee club, played first chair clarinet, and attended senior prom with her forever friend, Jim Coberly. Marian survived the 100-year storm and the Blizzard of ’49, during which she saved her filly, Rocket, by bringing the horse into the kitchen. After graduation, Marian embarked on her lifelong path of motherhood and homemaking, both of which she attended to with kindness, grace, persistence, endless resourcefulness (which she proudly referred to as frugality), and environmentalism. She first married Frank Freeland, and they had two children, Teena and Frank (Buzzy). Next, Marian went on to marry Bill Hitchcock, and they had two additional children, Leslie and Ashleigh.

Everyone adored Marian. She was modest, honest, held others to their word, and had a strong moral compass. Marian’s trademarks were her incredibly kind heart, generosity, and limitless acts of love, which shone brightly. Her caring nature was present in her activism, volunteerism, care of animals, and as the world’s most incredible neighbor. Marian was a social justice advocate and active protestor. She marched for civil rights, the draft, Occupy Wall Street, and climate change. Marian celebrated her Christian faithfulness and joined Park Hill United Methodist Church in Denver, Colo., where she was an active volunteer. She taught felons how to read, was the medical sponsor of a large Cambodian refugee family, and was awarded volunteer of the year during her many years of active service with Habitat for Humanity. In her last days, many of her beloved friends and neighbors reached out to speak fondly of the big and small kindnesses she performed, which had had a lasting impact in their lives and hearts. Several spoke about how she literally saved their lives or the lives of their children.

During her years in Wheatland, Wyo., Marian sang in the Congregational Church choir and volunteered with the PAWS animal shelter. She consistently provided a protective voice for both animals and our planet. She was the world’s best laundry lady, and she enjoyed nearly 40 years of sobriety.

Marian was immensely creative and enjoyed many hobbies like, reading, writing, gardening, composting, canning, recycling, planting trees, interior decorating, antique furniture restoration, playing the accordion, raising pets (dogs, cats, horses, calves, geese), sewing, quilting, bowling, playing poker, and dancing. Marian loved studying medicine, and for a few years she served as ward clerk on the neurosurgery floor at Colorado General Hospital. Along with taking care of people, she was a wonderful storyteller, who adored visiting and corresponding with her family and friends.

Marian and her siblings adored one another, always stayed in close contact, and visited each other often. Everyone Marian met became her friend, and she had a knack for keeping in touch with all of them. After her hometown friend, Jim Coberly, was widowed, Marian reached out to invite him on a casino field trip to Deadwood, S.D.. Their forever friendship quickly grew into love, and they were married in 2015, in Scottsdale, Ariz.. These sweethearts moved together to Green Valley, Ariz., where Marian happily lived the remainder of her days.

Marian is survived by her husband, Jim Coberly, and her siblings: Lou Langford of Wheatland, Wyo.; Ronald Wing of Sioux City, Iowa; and Vernon Wing and his wife, Virginia, of Green Valley, Ariz. She is also survived by her daughters, Teena Kendrick and her husband, Roger, of Lorainne, Ore., Leslie Cushman and her husband, Dwayne, of Hygiene, Colo., and Ashleigh Hitchcock of Boulder, Colo.; as well as 9 grandchildren: Kasey Kendrick, Sam Kendrick, Nick Clark, Margaret Whiteside, Boone Whiteside, Rain Hitchcock, Charlotte Whiteside, Willow Hitchcock, and Piper Potts, and one great-grandchild, Aria Clark. Marian was preceded in death by her children’s fathers, Frank Freeland and William Hitchcock; her son, Franklin Hitchcock; and sister-in-law, Patty Wing.

Marian’s living example of tenacity and bravery will continue to inspire those who knew her, reminding all of us to live our best lives too. Her legacy of kindness, love, gratitude, and positivity will always shine as brightly as she did.