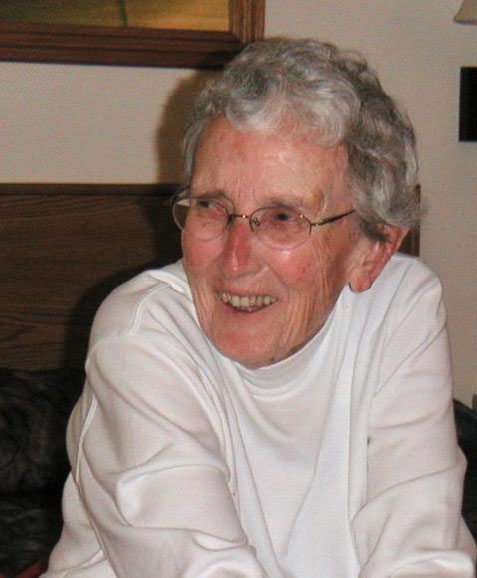 Mary Ellen Duennermann, 99, of Hot Springs, S.D. passed away June 29, 2022, at the Pine Hills Retirement Community Center in Hot Springs. Mary Ellen was born November 18, 1922, in Chadron, Neb. to Edward H. and Ione C. (Schreckenghaust) Duennermann. She grew up in Smithwick, attending high school in Hot Springs. She proudly lived a life of her own choosing, filled with travel and friendships around the world.

One of her first jobs was with the Pine Ridge Indian Reservation BIA agency where she was known as the “canhanpi wicinca” (sugar girl) because she distributed the sugar rations. Later, she worked with the Morenci Mine in SE Arizona, quite a change for a ranch girl from rural South Dakota. Following this she was employed by the US State Department, stationed in Romania until the end of World War II. While there, she traveled throughout Europe, as well as the Middle East leading to many adventurous travels around the globe throughout her life. She was fearlessly independent and built a successful tax-consulting business in Denver, Colorado, specializing in the oil and gas industries. This was during the times when few women had acquired the training and sheer nerve to work in a position typically occupied by men. It was that unconventional liberation and obstinacy her friends and family so greatly admired throughout her long life. Mary Ellen was active in many local clubs and volunteer organizations, as well as St. John’s Lutheran Church.

A celebration of her life is being planned for next Memorial Day.