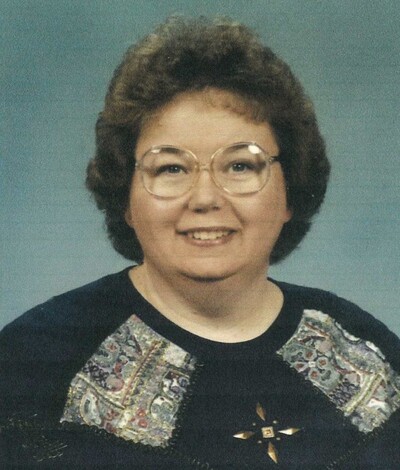 Karen Lynn McFarland-Buchholz was born on January 14, 1950, in Fairborn, Ohio, to George Otis McFarland and Dorothy May Blew. Being a military family, the McFarland’s lived in Ohio, Germany, Tennessee, Florida and finally Minot, N.D. Karen was active in school. She graduated from Minot State University in 1972 taught Science at Streeter and Crary, North Dakota before going to Edgemont, S.D., again to teach Science. There, she met, then married Terry Lee Buchholz on February 12, 1982. They both taught in Edgemont for several years.

While in Edgemont, Terry and Karen hosted two foreign exchange students. First, Claudio, from Brazil and later, Wolfgang Luedtke, from Germany. Terry and Karen enjoyed camping in the Black Hills and also traveled to Pennsylvania to visit her grandfather, George Washington Blew. On that trip, they also traveled to Knoxville, Tenn., to take in the Expo.

Next, Terry and Karen moved to Summit, S.D., to teach for 3 years before moving to Del Rio, Texas. There, Karen taught Science and Terry taught Theatre Arts/Speech for 23 years. Terry and Karen were members of the United Methodist Church in Del Rio. They were quite the movie buffs and along with great friends, Bobbie and Dan Lloyd, hardly missed a movie for years.

While in Del Rio, they had the opportunity to visit New York City and take in many Broadway plays. Later, they got to go to London, and saw all the sights and many plays there too.

Karen loved teaching and was very devoted to her students. One of her favorite things was sponsoring Science Fairs, where her students always did well. Karen also enjoyed advising the yearbook staff.

A gathering to celebrate the life of Karen will be held in Blunt, S.D., on July 12, 2022. Interment was at the Pleasant Hill Cemetery in Blunt.