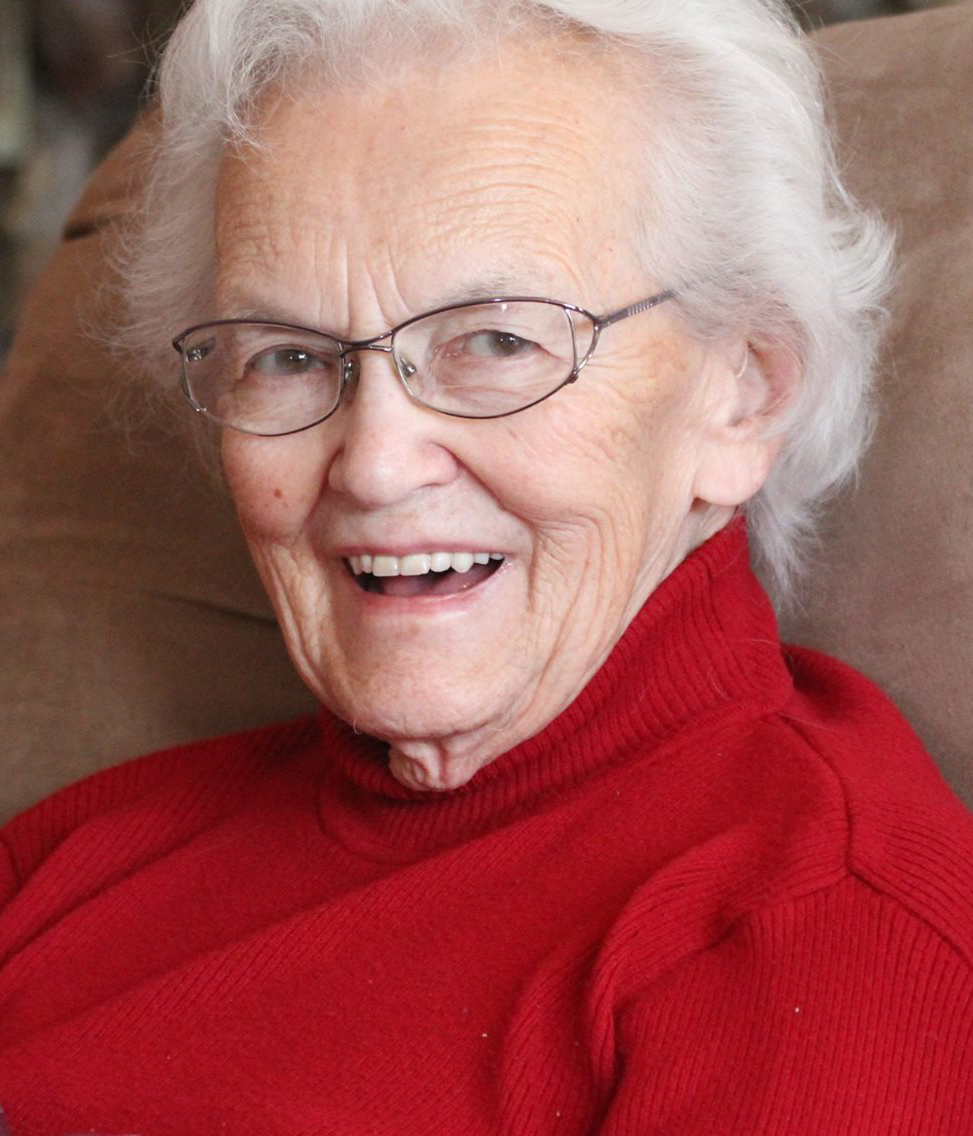 Naomi Amanda (Bissell) Stiver, 90, died November 3, 2021. Born on April 25, 1931, in Torrington, Wyoming, she was the third of six children of Ben and (Cora) Alice Bissell. When she was in elementary school, the family moved to Oregon and Washington where she enjoyed riding horses and helping with farm chores.

She would marry her love, Luther Ray Stiver in 1949. They had four children: Randal Paul Stiver (1952), Gaye Melody (Stiver) Cameron (1954), Marshall Grant Stiver (1955), and Lark Rochelle (Stiver) Durland (1957). They farmed the Stiver “homeplace” until 1960 when they moved to Oral, South Dakota to farm and ranch in a partnership with Joe and Adelaide Stiver (his brother and her sister).

Naomi began teaching elementary school in Nebraska and continued to do so in southwestern South Dakota until 1965 when the farm was hailed out the second year in a row. She and Luther moved the family out to Oregon to find work, and where she continued teaching elementary school. Two years later the farm economics improved, and they moved back to the farm in Oral. For a few years Naomi taught at a variety of one-room, rural schools east of Buffalo Gap, southeast of Oelrichs at Pettigrew and other “one-room” schools in the area. Naomi was one of the last “12-hour wonders”, where she could teach with 12 credit hours of college. She would continue to take college classes summers and nights to finally earn a Bachelor of Science in Education degree after 19 years from Chadron State College in 1968.

In the late 1960s, Naomi and Luther trained to serve as foster parents in Fall River County, South Dakota. Their desire was to primarily work with native American children of the Sioux nation. Over the next number of years, they cared for seven or more children from babies to mid-teens, as well as family members when needed.

Naomi and the family began to attend the Worldwide Church of God while they were living in Oregon. Back in South Dakota, they attended the Rabid City Bible Study which became a weekly Sabbath church in 1970. They hosted young adult get-togethers at the farm and helped organize church events at the church hall. Naomi was ordained a deaconess in the mid 1970’s

In the late 1970s she had the opportunity to teach 5th grade at Pine Ridge School on the reservation in Pine Ridge, South Dakota. Naomi taught there for 19 years before retiring from full-time teaching. She moved to Rapid City in the mid 1990’s and maintained a home school program for granddaughters and several other children. In her retirement years, Naomi still worked with children babysitting in her home.

Daughter, wife, mother, grandmother, and great grandmother – Naomi filled her life with loving and caring for family—and many who had no family of their own. In the church, she loved the brethren, and with husband Luther had many good friends in the faith.

As her children, grandchildren, and great-grandchildren we lovingly remember Naomi Amanda Stiver. From the earth she came and back to the earth she goes. Yet in our hearts and minds we will remember her and thank our great God for her vibrant and loving part in our lives.

Even more importantly, God in heaven will remember her. Faithful to her Savior Jesus Christ, she lived and looked for His second coming in power and glory. That day of resurrection will come, and we shall see her again in the great and glorious Kingdom of God.