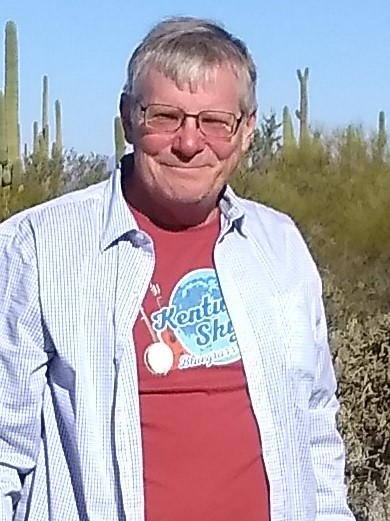 Scott Alan Woods of Hot Springs, S.D. (formerly of Ft. Collins, Colo.) died June 14, 2022, as a result of a tragic rafting accident on the Poudre River outside Ft. Collins. Scott was born in the territory of Alaska on November 28, 1957 to John and Rita Woods. His father was in the Air Force which meant their family moved frequently while Scott was growing up. Eventually they settled in Colorado Springs, where Scott graduated from Palmer High School. He attended the University of Colorado, Boulder where he earned a degree in German Literature and Language. He later attended the University of Colorado, Colorado Springs where he earned a degree in Electrical Engineering. Scott spent the majority of his career working for Hewlett Packard designing operating software for cameras. He finished his career with Schneider Electric (Pellco) where he designed operating software for security cameras.

When in high school, Scott participated in an Outward Bound program which sparked his lifelong love of the outdoors. Hiking and backpacking were his first loves, followed by rock climbing, kayaking and later in his life, rafting and camping. A year studying abroad in Germany along with a month in Africa with a friend who was in the Peace Corps inspired Scott’s love of traveling and adventure. He and his wife, Mary, enjoyed many trips throughout the US and abroad. Scott was passionate about music and over the last year he had been taking lessons and focusing on improving his banjo playing skills. He loved his pets, primarily dogs, including: Baylor, an early hiking companion; Snoop and Maggie; Mary’s two dogs Pip and Charlotte; and, Lucy, his most recent adventure companion.

Scott cared deeply for his family and ensured that they were always top priority, and ensured that they kept in touch throughout his life. He was known to help out his family members with whatever support he could and helped care for his mother during her final years. His Aunt felt he was the glue of his family. He is survived by his wife, Mary; dog, Lucy; stepson, Chris Kerns (Allison); grandson, Edwyn Kerns; brothe,r Mike Woods (Kerry); sister, Lynn Butler (Brad); his aunt, Claire Woods, and many nieces, nephews and cousins.

A Celebration of Life will be held July 11, 2022 at the Mishawaka, 13714 Poudre Canyon Highway in Bellvue, Colo. from 10 am to 2 pm. Come in those comfy clothes and be prepared to share your stories about Scott and to listen to others. A buffet lunch with follow the celebration.