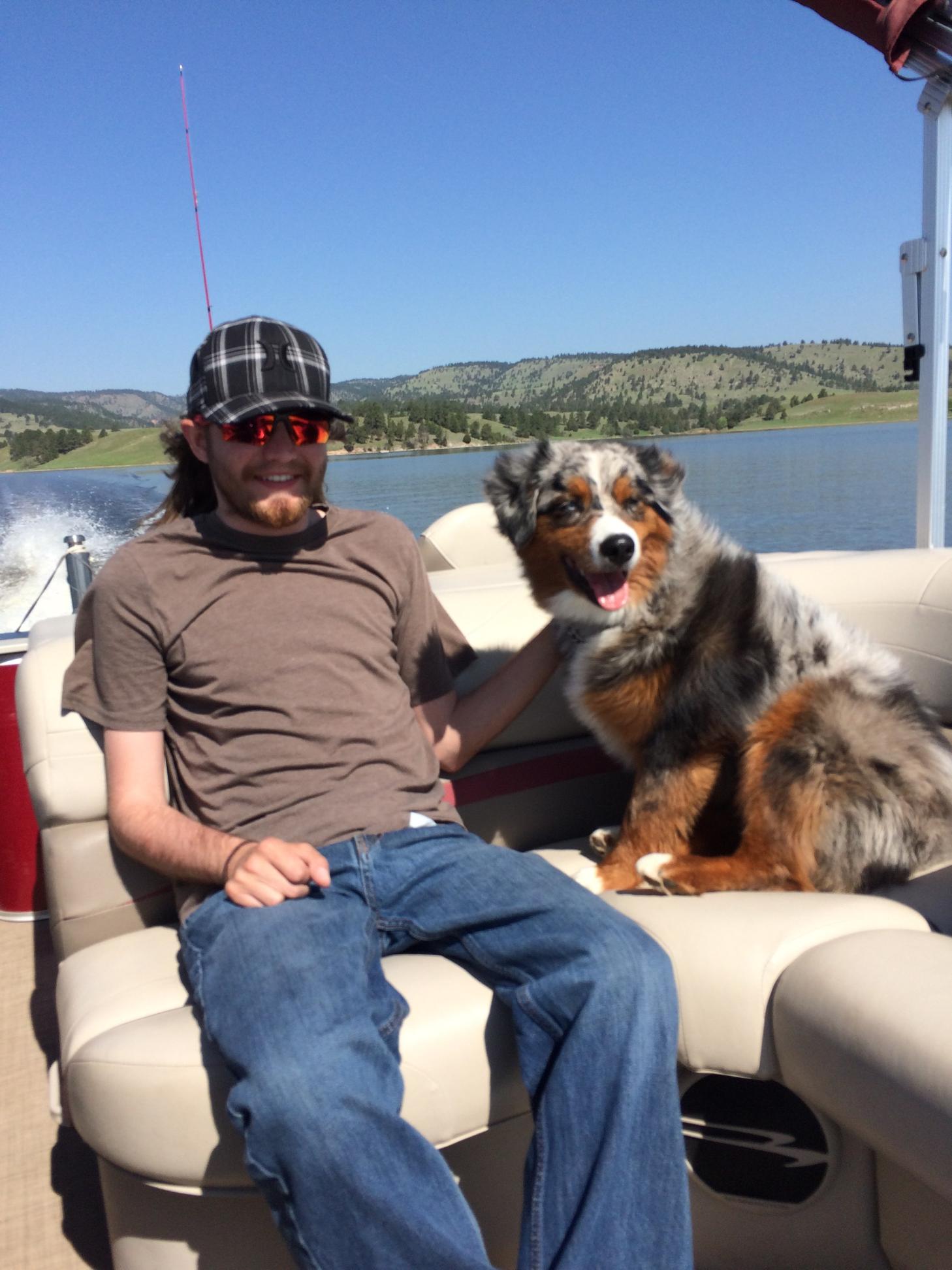 Our beloved son and brother, Tyrel Tanner of Edgemont, S.D., passed away at the age of 27, on May 14, 2022, at Monument Health in Rapid City, after a long and difficult battle with Cystic Fibrosis including a double-lung transplant. He was surrounded by loved ones who will continue to honor his legacy by living their lives to the fullest.

Outdoors, he was an avid hunter and fisherman, who was feared by fish all across the region. Even when he wasn’t outdoors, he was still touching grass virtually, as his second passion was gaming. Tyrel ran a gaming stream called TLTD Gaming for many years.

After his lung transplant, his Australian Sheperd Zeke came into his life. An unruly puppy, Zeke has a sense of intelligence and rebellious streak that is rivaled only by his master.

For those who knew Tyrel, his sense of humor and wit are among the main things we remember. Tyrel was quietly the funniest person in any room he walked into. Always in good sense and without insult, he found a way to push the envelope of comedy, gently.

Grateful to have shared in his life, Tyrel is survived by his parents, Bill and Richelle Tanner; his brother, Tehl Tanner; his grandparents, Les and Pat Rice; his grandfather, John Tanner; his step-grandfather, George West, and numerous Aunts, Uncles, Cousins, and Friends.

A memorial has been established to the Make-A-Wish Foundation.